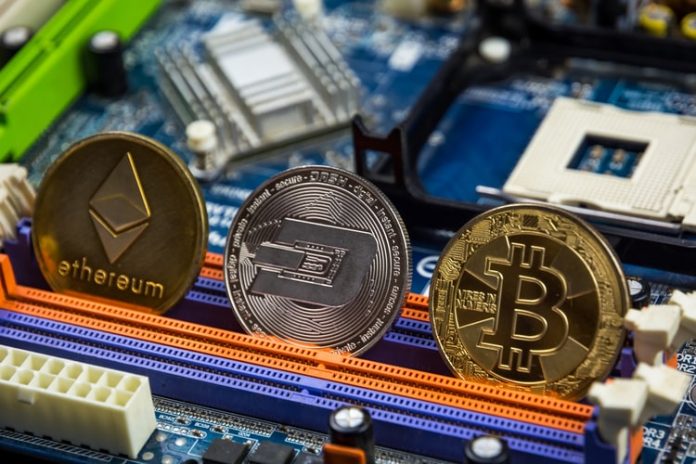 By David Zacks and Conner Freeman

The meteoric rise of cryptocurrency and its attendant community show no signs of slowing. Having started on the fringes of the financial sector, digital currencies are winning over hearts from Main Street to Wall Street. Crypto exchanges are seeing record growth as coins, both new and established, expand exchange accessibility and gain legitimacy. Even long-time crypto skeptic JP Morgan1 is now recommending clients to include crypto in their portfolios.

With incredible growth, there has arisen sentiment within the crypto community that the regulators are taking increasingly stronger measures against them. Exchanges have operated largely unimpeded until recently; in the last six months, there has been a surge in enforcement actions from the U.S. federal and state governments against many of the industry’s most impactful players. This article will highlight the recent actions from regulators as well as what to expect from the Biden administration.

In the waning hours of the Trump administration, the Financial Crimes Enforcement Network (FinCEN), a federal agency under the jurisdiction of the U.S. Treasury Department and then Treasury Secretary Steven Mnuchin, attempted to push through an overreaching notice of proposed rulemaking (NPRM) aimed at the crypto industry.

The revised rule targeted money services businesses (MSBs), such as crypto exchanges and financial institutions (FIs), requiring them to submit reports, keep records and verify the identity of customers and potential recipient beneficiaries completing transactions in crypto assets held in digital wallets that are not hosted by the FI. These digital wallets are known as “unhosted wallets.”

The public comment period was limited to only 15 days over the Christmas and New Year’s holidays, in stark contrast to the agency norm of 30 to 60-day review periods. The rush job was met with upheaval from the industry in a way that FinCEN has likely never experienced. FinCEN received over 7,500 responses, prompting various extensions.9 The consensus across the industry was that adopting the NPRM would impede innovation, infringe consumer privacy and levy unnecessary costs on the market participants without effectively achieving the stated goal of closing anti-money laundering (AML) and illicit financing loopholes.

It is no surprise that the crypto industry would be on edge over such actions. It appears that the industry is on the defense from a multitude of regulators. At the same time, it is confusing for many exchanges as to why the government has not taken actions against certain rogue exchanges. For example, Coinbase is a U.S. licensed exchange that highlighted the difficulty in competing with competitors that do not adhere to the same licensing and regulatory requirements. Specifically, in the Coinbase S-110 filing, they cite that they “compete with a number of companies that solely focus on the crypto market and have varying degrees of regulatory adherence, such as Binance.” A blunt critique in a public filing against an industry heavyweight.

FIs opting for even minimally licensed operations still must maintain robust compliance programs to meet applicable regulations. These obligations can be daunting for new industry entrants and stifle innovation. In complex regulatory programs, it is not unusual for shortcomings to occur. High growth companies are often slow in hiring mature compliance staff and devoting adequate technological resources to ensure that appropriate controls are in place.

A point lost by many is that it often takes years for a regulator to identify, investigate and ultimately enforce a potential violation. For example, BitPay’s IP address weakness stems from 2013 to 2018. Yet, the settlement with OFAC did not occur until 2021. Explanations for recent actions include the following:

The industry is still reeling from FinCEN’s out-of-character NPRM proposal, even now as a new administration settles into its step. As a pervasive financial regulator, FinCEN is typically more thoughtful and deliberative when releasing new regulation, especially sweeping regulation such as this.

This does not mean that the industry will always agree with regulations. Nonetheless, the industry can feel more assured that regulation will not be as rushed, and that the industry will be consulted. It cannot be understated how pivotal regulatory clarity is for the industry. Understanding the playing field will enable the industry to innovate at an even faster rate. For example, simply clarifying which cryptocurrencies are securities vs. commodities would be a positive first step that would dramatically help the industry. There also seems to be rising optimism that Congress may take up industry-specific legislation during this administration that could help clarify agency rulemaking efforts as well.

Despite the cautious optimism for regulatory clarity, it is plausible that the Biden administration will be more forceful in its enforcement actions against all FIs, including crypto. Enforcement actions from many regulators dropped off to historic lows during the Trump administration. According to the enforcement section of FinCEN’s website,12 there has been a significant reduction in actions, from 18 in the four years prior to Trump, to only eight during his term.

President Biden’s 2022 fiscal year budget13 requests additional funding for several areas of increased enforcement including the IRS and FinCEN. This discretionary budget requests hundreds of millions for FinCEN to combat the use of corporate structures to shield illegal activity and for the IRS to increase its tax enforcement. Biden’s budget requests strongly indicate that his administration will be putting greater focus on enforcement actions than the Trump administration.

This administration’s regulatory and enforcement push will have a major impact on the crypto industry. This transformation period will require the industry to mature. The upcoming changes will be felt more heavily by rogue exchanges, but legitimate exchanges will become more prosperous. Ultimately, the opportunity exceeds the costs for those exchanges that adhere to the law.