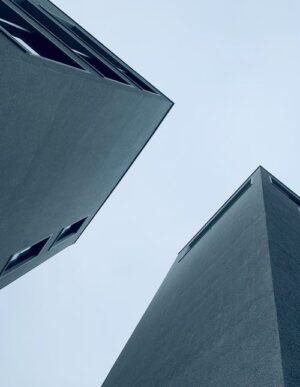 Former investors Kaszek, MAYA Capital, Venture Friends, and David Vélez (founder and CEO of Nubank), among others, have also participated in the new round.

The new funds will help Belvo scale its product offering, continue expanding its geographic footprint, and double its headcount – hiring more than 50 engineers in Mexico and Brazil by the end of the year.

This new fundraising round marks the largest ever Series A for a fintech company in Latin America.

Belvo, the leading Open Finance API platform in Latin America, has raised a $43 million Series A funding round. The round included participation from new prominent global investors such as Future Positive, the investment vehicle of Fred Blackford and Biz Stone (early investors in Pinterest, Square, and Beyond Meat); Kibo Ventures (early investors in Flywire, Coverwallet, and Carto); and FJLabs (early investors in Betterment, Checkr, and Recargapay). Belvo has also brought onboard renowned business angels including Sebastián Mejía, co-founder and president of Rappi; and Harsh Sinha, CTO of Wise (formerly Transferwise). Existing investors such as Kaszek, MAYA Capital, Venture Friends, and David Vélez, founder and CEO of Nubank, among others, also participated in the round.

Since it started operating in 2020, Belvo has increased its customer base to over 60 companies across Mexico, Brazil, and Colombia and now handles millions of monthly API calls. During the last year, Belvo expanded its API coverage to over 40 financial institutions, now allowing companies to connect to over 90% of personal and business bank accounts in Latin America; as well as to tax authorities –like the SAT in Mexico– and gig-economy platforms.

The new round has been the result of Belvo’s rapid growth underpinned by the continued and unprecedented expansion of fintech in Latin America in the last months. This is the largest ever Series A funding round for a fintech company recorded to date in Latin America –according to data from Crunchbase–, demonstrating investors’ conviction that Open Finance represents a truly transformational opportunity for the region’s financial sector.

This newly raised capital will enable Belvo to continue scaling its product development efforts to meet rapidly increasing market demand and support its exponential customer growth. The company will focus on expanding its offering of data enrichment solutions across markets and launch its bank-to-bank payment initiation offering in Mexico and Brazil. In addition, Belvo will continue to explore opportunities to expand its Open Finance platform to new countries within the Latin American market and expects to double its existing financial data providers connection coverage, thus reaching over 80 integrations, by the end of the year.

The new funds will also be used to strengthen the team across functions and locations. Belvo currently employs 70 people and plans to double its headcount by the end of the year. As part of this plan, the company envisages hiring more than 50 engineers in Mexico and Brazil in the upcoming months.

Fred Blackford, Founding Partner of Future Positive, commented: “Belvo is solving a complex and important problem by building the foundational infrastructure necessary for a new generation of financial services in Latin America. In addition to serving a fast-growing market opportunity, Belvo has the potential to make a real and enduring impact in the economies where it operates by providing broader access to better financial products and enabling inclusive economic growth. We’re excited to be supporting Pablo and Oriol as they work to lead the Open Finance movement in Latin America.”

Nicolás Szekasy, Co-Founder and Managing Partner of Kaszek, commented: “Demand for financial services in Latin America is growing at an exponential rate and Belvo is developing the infrastructure that will enable both the larger institutions and the emerging generation of younger players to successfully deploy their solutions. Oriol, Pablo, and the Belvo team have been leading the development of a sophisticated platform that resolves very complex technical challenges, and the company’s exponential growth reflects how it is delivering a product that fits perfectly with the requirements of the market.”

Belvo’s co-founders and co-CEOs, Pablo Viguera and Oriol Tintoré, commented: “We are thrilled to be bringing on board such high-caliber new investors to help us achieve our vision of powering the next generation of financial services in Latin America through Open Finance infrastructure and APIs. We have very ambitious plans and this new round of funding will allow us to double down on scaling our product offering, expanding our geographic footprint, and hiring the best talent in the region.”