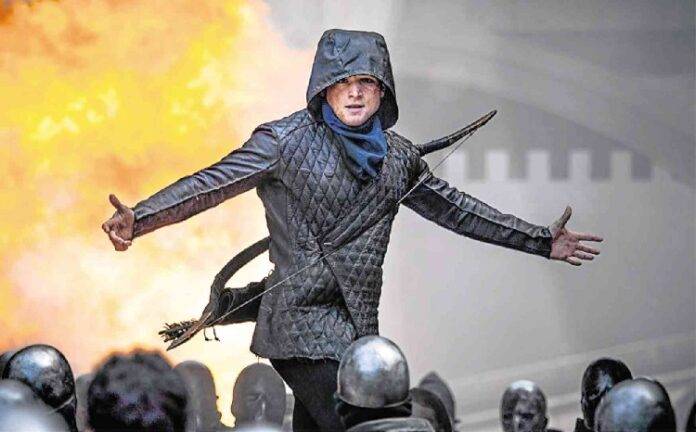 How many times have we, as kids, been told about Robin of Loxley and his merry men from Sherwood Forest? In one of the most English yet universally recognized folk stories ever concocted, our hero and his band of braves roam around with one single goal in mind: restitution for the downtrodden. But therein lies the rub. Every time we hear the story we are told about wealth changing hands from the wealthy to the poor. A moment of introspection should however dispel the charm if we only dare delve deeper into the nature of such wealth and how it originated. Sherwood’s locals, the story goes, are constantly faced with unaffordable taxes and the whimsical arbitrariness of its tyrannical sheriff in what looks like the reverse of any idea of fairness.

However, the ‘wealthy caste’, represented in the tale by the king and the nobility, can only enjoy its riches by relying on coercion and legal privilege, both of which come under threat by the dash and dare of our green hero. But let us be blunt, Robin and his merry friends were not only taking from the wealthy to feed the poor. Rather, they were undermining the legal monopoly and abusive power of the king and nobility, which would squeeze the last penny from its subjects without a second thought. Similarly, bitcoin is on a crusade to restitute the ‘dispossessed’ and become the greatest redistributor of wealth in modern times.

To follow up with the analogy, bitcoin and its underlying technology, the blockchain, are bound to bring about a major channeling of wealth from long-standing and well-established legal monopolies back to the people at large.

So what is this legal monopoly we are hinting at and what is wrong about it?

Let us first define a monopoly as the market situation where the supply of a commodity or service is under the control of one specific person or enterprise, thus leading to higher than usual prices due to a restriction in supply. Both the textbook and experience show how the market eventually delivers itself as higher prices call new players in, which in turn puts a downward pressure on those very prices as part of the market’s self-adjustment
mechanism. In other words, monopolies do not last forever. A legal monopoly, by contrast, is sanctioned and upheld by the state, and more often than not, it provides the incentives to invest in risky ventures and enrich interest groups for a very long season, without any contestation whatsoever.

Central banks and traditional banking make up one such big group holding power and control upon the supply of money, a non-trivial matter when it comes to organizing society under certain civilized parameters.

However, central banks have been pushing interest rates to extremely low levels for way too long, sometimes even negative in real terms, to keep the world economy moving as if it was on steroids. Indeed, low interest rates result in banks needing to expand their credit supply to make a living, sometimes incurring in the moral hazard of lending indiscriminately. This, in turn, makes for the well-known financial bubbles and the booms and busts cycles, where an artificially created expansion or boom, based on a credit expansion, precedes the hard landing once expectations are adjusted and the bubble finally pops. Bitcoin has come to challenge this mechanism, and the first step in that direction is to expose it.

But how are bitcoin and other cryptos challenging traditional banking?

By offering a decentralized system of payments that can potentially become money, at the same time. If you will indulge me the pun, money and the payment system will be, if successful, the two sides of the same coin. This value-adding feature would imply that central banks and traditional banking will see their monopolistic status seriously undermined, thus prompting their fast recycling into other lines of activities, possibly crypto-related.

Recycle they must, but will they? And if they do, will it happen on time? What if they decide to rally together against this phenomenon, as China and India have shown signs of in recent times? No doubt countries have the resources to pull the plug and kill the technology for good if they feel threatened, but it seems increasingly unlikely as institutional money is making a big move into the crypto ecosystem, while reinforcing the need to come to grips with the unknown before it is too late. In a more positive light, it might just be the right (and humble) change of tracks the banking sector is in serious need of—at least JPMorgan’s Jamie Dimon sounds like a different man now that bitcoin is no longer the ‘fraud’ it used to be, when he endorses a 1% allocation as a hedge against fluctuations in traditional asset classes. A very significant change of view indeed for America’s largest bank’s CEO, and a very welcome one too. Not surprisingly, other sectors outside banking are openly embracing the technology, and the family picture would not be complete without Elon Musk’s crypto awakening, which has recently shaken the crypto world by making a USD 1.5 billion bet. But the real crux of the matter lies with the seemingly innocent coda, namely, that Tesla expects to start accepting bitcoins as payment in the future—and this, ladies and gentlemen, is how money comes to be.

The future is open and full of possibilities, but as cryptos reach the USD 1.4T market cap (as of March 2021), it seems that we are getting closer to that point of no return where potentials are more than likely to become actualities, that is, from potential money to money proper. To put things in context, gold features a market cap of roughly USD 10-11T and silver adds yet another USD 1.4T—gold and silver being the oldest forms of commodity-moneys and, along with bitcoin, all three assets showing consistent and
very bullish behaviors in post-covid times. Central banks and traditional banking must make up their minds, if they have not already—maybe the old adage can be offered here ‘if you can’t beat’em you’d better join’em’.