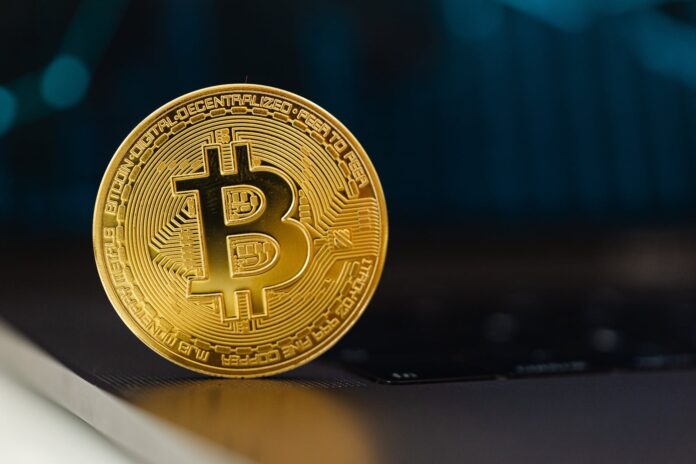 In my very first foray into publishing an analysis on this topic in 2014, and as recently as my last piece for Bitcoin Magazine, I set out to contextualize Bitcoin’s energy use in comparison to that of the banking system. Since it is impossible to objectively define what the banking system (BS) is, I stuck to the mere impact of bank branches and ATMs — and the results were horrifying. This is despite the following areas of impact being ignored by my first analysis:

For my most recent piece for Bitcoin Magazine, I will admit to getting quite lazy, and merely indexing my original 2014 figures for banking by 2% per year to get to a new figure. I believe the BS, Bitcoin and the dear readers of this and earlier pieces of mine deserve better. What follows is a point-by-point update of my 2014 work on the impact of “financial and insurance activities,” as defined by The International Standard Industrial Classification (ISIC, revision four), here, on pages 216 to 221 (“Section K”). A summary table can be seen below.

In my 2014 work, I mainly relied on the CCN model developed at The University of California, Berkeley, to calculate the total carbon emissions of the banking industry. The CCN model depends on six variables:

Unfortunately, the CCN model only allows you to select from various U.S. cities and grids, as well as a “U.S. average” grid. Luckily, the U.S. isn’t exactly setting the world on fire when it comes to it’s grid (aside from in California, where it literally set the place on fire), with only 20% of the grid, and only 12% of total energy coming from renewables in 2020.

The figures for the rest of the world look a little better, with 29% of the grid and 17% of all energy use being renewable. In contrast, estimates for Bitcoin’s energy mix span from 29% and 39% renewable (from The Cambridge Centre for Alternative Finance — see pages 26 and 28, respectively) to 73% renewable (from CoinShares — see page 9).

In the wise paraphrased words of Elon Musk: “Grid-charged Electric Vehicles are a good idea on many levels, and we believe they have a promising future, but this cannot come at a great cost to the environment. I will not be selling my electric vehicle, and I intend to drive it once the grid transitions to more sustainable energy.”

An important metric to consider when looking at average energy production and grid mix is carbon intensity of the energy or electricity source. Using data from OurWorldInData.org for global energy production and global electricity production, alongside data on carbon intensity of different energy sources from the Intergovernmental Panel On Climate Change (IPCC) (See table A.II.4 on page 190, shown as figure four below ), let’s revisit my 2013 data and update it in line with the latest data. To be conservative, I have used 50th percentile figures across the board. I have also included two potential mixes for Bitcoin with both a 29% renewable mix, and a 39% mix, as per The Cambridge Global Crypto Benchmarking Study.

From the above, it can be seen that in the worst case (i.e., 29% renewable mix), Bitcoin shares the same carbon intensity as the average world grid. Using the less conservative 39% figure, Bitcoin is roughly 20% less carbon intensive than the world grid.

As we will investigate further in point five below, payments, wealth and asset management, and capital markets make up almost 40% of revenue in the banking sector, and when accounting for insurance companies too, consultants, accountants, lawyers and other supporting professions, the “locations” will be at least double. We will be conservative and round down to a cool one million locations all-inclusive.

In 2013, I attempted to model the number of employees by taking a look at the world’s 30 largest banks and using the 80/20 rule to come up with an employee figure of around seven million staff. According to USBanklocations.com, there are 2,065,525 bank employees in FIDC-insured U.S. banks alone — so my original estimate of seven million globally now feels terribly underestimated.

In 2014, I drew upon 2012 figures from McKinsey’s “Annual Banking Report,” showing total profit of $3.4 trillion. In eight short years, and amid a pandemic no less, its latest report shows industry-wide revenue of $5.52 trillion, a compound annual growth rate (CAGR) of 6.24% since 2012. Of this amount, $1.5 trillion was profit.

Since Insurance also needs to be considered, we know that in 2018, the Organisation for Economic Co-operation and Development (OECD) spent nearly 9% of GDP on insurance premiums, or, $5.03 trillion. With the insurance sector having an average profitability of 6.3%, we can come to a profit of $0.317 trillion. Spare a thought for our friends in the insurance racket; perhaps they should have a go at banking where the margins seem far higher!

This brings the combined revenue to $10.55 trillion.

From personal experience designing offices in Australia, a good rule of thumb is 10 square meters per employee (about 107 square feet) to satisfy access and egress requirements in commercial building codes. An area of 50 to 150 square feet is recommended for banks by U.S. engineering site Engineering Toolbox, with 10 square meters being recommended for general office space. Using a bottom-of-the-range value of 100 square feet leads to a total area of about 6.1 billion square feet for the world’s 61 million finance and insurance employees.

Understandably, the model broke down for revenue figures above $10 trillion, therefore, I rounded the $10.55 trillion down for the sake of this exercise. Plugging the above inputs into the model results in an annual carbon footprint of about 1368 million tons of carbon dioxide per year. This represents about 3.6% of the world’s 38,017 million tons of carbon dioxide emissions in 2019, or just 2.8% of the 49,360 million tons of all greenhouse gases (GHG) emitted in 2016 (more recent data on GHG is not yet available).

It is important to make the distinction between carbon dioxide and GHGs, as carbon dioxide only accounts for about 80% of greenhouse effects, and GHGs include nitrous oxide, fluorinated gases and methane, the latter of which is now a major source of energy for Bitcoin through the turning of vented waste-methane into power for bitcoin mining rigs.

The full details of how the model works are cataloged over 66 pages here. The data is entirely U.S.-based, but if the relatively dirty U.S. grid is good enough to unironically charge the same cars that Musk and Tesla sell, it’s good enough for this study. Effectively, the main driver of the finance sector’s emissions is the sheer amount of transport emissions needed to get tens of millions of people who need to work, many frequently by private jet. I distil the 66 pages of the model methodology into the following seven bullet points:

All things considered, the figure of 1,368 million tons of carbon dioxide per year makes sense, as while it is unclear exactly what proportion of GDP can be attributed to the financial sector, estimates range from 7.5% to 10% of Global GDP, so 2.8% of global emissions is not an absurd figure.

As at time of writing, The Cambridge Bitcoin Electricity Consumption Index (CBECI) showed an electricity consumption of 133.7 terawatt hours per year. We will assume that Bitcoin’s energy mix is 34.5% renewable, based on the average of Cambridge’s 29% to 39% renewables estimates discussed earlier, giving Bitcoin a carbon intensity of 458 tons of carbon dioxide equivalent per megawatt hour. This means that Bitcoin emits 61.2 million tons of carbon dioxide, or, under 5% of what the financial services industry does. In the scheme of global carbon dioxide equivalent emissions, this is only 0.12%.

The below table shows a brief commentary on the seven model inputs of the CCN Model in relation to the finance and insurance sector compared to Bitcoin.

Bitcoin’s price and energy use will continue to grow, but its carbon intensity is on a clear downward trajectory, alongside the world’s energy grid. Mining entrepreneurs are innovating in the oil and gas field, and there is more than enough waste methane on earth to power Bitcoin several times over. Instead of just having no emissions at all, Bitcoin could actually become an emissions mitigator. Large established firms such as the Aker Group (and its Bitcoin-specific subsidiary SeeTee.io) have cataloged their commitment to pursue these avenues in their letter to shareholders.

As for the legacy system’s future impact; it’s all up to what you believe, and uninspiring regardless. Will the system fall apart, meaning it becomes cleaner by default due to it contracting in size? Will the system continue to fester and waste, and grow in size (and waste) by 1.5% each year? Regardless, its fate is almost entirely reliant on what happens to the energy mix of the local grid.