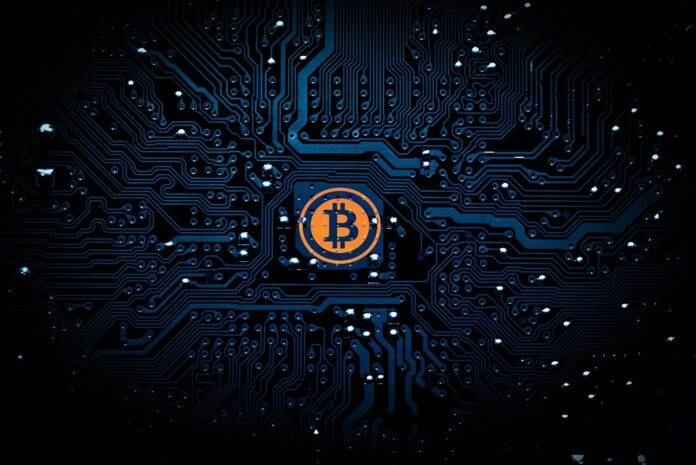 It’s obvious to anyone paying attention that 2022 did not go as well as cryptocurrency holders hoped. More than $2 trillion worth of value vanished from the total crypto market cap while Bitcoin (BTC) saw its price plunge from $69,000 to a low of $15,599 in early November.

While there was a lot of hope that the year would bring fresh all-time highs across the crypto market thanks to an influx of institutional investors, the collapse of Terra/Luna and FTX put a damper on any growth as they sparked contagion events that spread across the crypto ecosystem like wildfire.

And it’s likely that this weakness will continue into 2023, according to Francesco Melpignano, CEO of Kadena Eco, who said, “if the contagion from these meltdowns continues to reverberate, the economy and BTC may continue to suffer for the time being. In conjunction with recent interest rate hikes and inflation, the market will take some time to recover as we will continue to see the full scale of the meltdown going into 2023.”

A lack of any major movement on the regulatory front also hampered the possibility of growth, as the majority of institutional funds will remain out of the crypto market until clear regulations are established and money managers have a better sense of the risks involved.

Melpignano suggested that the regulatory landscape could change next year as “The aftermath of the 2022 crypto meltdown will propel lawmakers and politicians to come to the table and create stronger regulations.”

This has the potential to benefit the crypto market since “More aggressive regulations usually mean an upward trend in interest for entrepreneurs and companies to invest and build in this space,” Melpignano said.

While the onset of a crypto winter is never a welcomed sight, they do offer a chance for the clutter and unproductive projects to be cleared away so that the top projects that have long-term viability can rise to the surface and get the attention they deserve.

“Ultimately, what happened in 2022 will push the industry in a beneficial direction for every single entity,” Melpignano said. “These events shake out the rotten apples and clear out negligent businesses so that crypto can do what it was designed to do.”

As the market heads into 2023, there’s a lot of speculation about how Bitcoin will perform moving forward and whether the market will have to wait until the next Bitcoin halving to see any kind of bullish momentum.

While many may be hoping for a rapid bounce back in Bitcoin price that kicks off a new bull market, it’s likely that the market will continue to be impacted by the events of 2022 as investors remain weary of diving back into cryptos.

“We are more likely to see an extension of the bear due to the spillover effects of multiple crypto bankruptcies in 2022,” said Daniel Keller, CEO of the decentralized cloud infrastructure protocol Flux. “However, other factors like stock recovery, lesser inflation, stability in the Russian-Ukraine war, and even Twitter-crypto integration under Elon may swing things in favor of the bulls. While the market may likely test new lows in early 2023, we should see a rebound to the $20,000 mark as the year goes by.”

Should the current weakness continue, it’s possible that one final market crash could result in Bitcoin falling to sub $13,000 in H1 of 2023, according to Dr. Youwei Yang, Chief Economist at BTCM.

Such a crash could possibly result “from a combination of macro risk, some large crypto miner bankruptcy, a centralized crypto company bankruptcy (investment, exchange, or lending), stablecoin issues such as de-pegging or regulatory restrictions, security issues, and/or some sanction/lawsuit against a major player.”

Gareth Soloway, Chief Market Strategist at IntheMoneyStocks.com, also spoke of the potential for continued weakness in the price of Bitcoin during an interview with Kitco News. According to Soloway, there is a possibility that BTC could drop another 45% from the $18,000 range in a move that is similar to what Lehman experienced before it bottomed in March 2009.

Dr. Yang highlighted the ongoing developments related to the FTX collapse and the ongoing FUD campaign against Binance as evidence that the risk of further downside remains high. “If the investigation about unlawful money transfers by some U.S. officials or global regulatory collaborations against Binance or similar size companies come true, that could be disastrous to the industry and take longer to recover,” Dr. Yang said.

If matters start to improve in relatively short order, Dr. Yang suggested that BTC could reach $25,000 in the first half of 2023 and $35,000 in the second half. This could potentially be brought about by a slowdown in rate hikes and tapering from the Fed.

“The U.S. CPI numbers released in almost every month of Q4 2022 are below market estimates and are in a declining trend, which gives the Fed more confidence to slow down rate hikes and tapering,” according to Dr. Yang. “Similar trends are observed in European countries and major central banks seem like they will finish quantitative tightening and the global macro conditions may ease some by then.”

The economist also pointed to the end of China’s Zero-Covid policy and the opening of its economy as helping to lower global inflation, along with a possible end to the Russia-Ukraine war.

“Therefore, I foresee the risk assets winter and thus crypto winter will last until about the summer of 2023. However, the liquidity of money may remain tight for a while until the reverse to quantitative easing (rate cut), which could be later than 2023 or even 2024,” said Dr. Yang.

While developments related to the regulatory landscape are underway, they will take time to implement, which could delay a major move in the market, Dr. Yang said.

The BTCM economist also highlighted the next Bitcoin halving in May 2024 as a potential bull market catalyst as it coincides with the macroeconomic cycle.

“The regulatory landscape may change, and it takes time, such as adding clarity on tax, token issuing & trading, and ESG of crypto mining. The institutional infrastructure for digital asset investing is developing as well, which could be ready together with the regulations,” he said.

“All combined the real bull is more likely to happen in 2024,” Dr. Yang suggested. “Bitcoin price may rise gradually to $20K, $25K, and $35K in 2023. Throughout 2023, newly developed crypto projects (Alt Coins) will keep building and delivering, so there might be small pumps here and there.”

That being said, it could still take additional time for adoption to rise. “More stable economic conditions in 2023 than over the past few years as well as regulatory clarity for the Crypto industry could create a good foundation for future bull runs,” Dr. Yang Concluded.

Another common theme that led to the downfall of the crypto market in 2022 – whether it was Tree Arrows Capital, FTX or Terra/Luna – was “over-leveraging” according to David Lifchitz, managing partner and chief investment officer at ExoAlpha.

“These entities were so leveraged that when the US FED began its monetary tightening cycle, the slightest grain of salt triggered a chain reaction of liquidations which snowballed very quickly,” Lifchitz noted.

The developments of 2022 have resulted in Bitcoin failing to live up to its promise as an inflation hedge and instead behaving more like other risk assets.

“The reasoning that Bitcoin could be a hedge against inflation is that it has a finite supply, and would therefore keep its value when expressed in a currency of infinite supply, but so far most people interested in Bitcoin are essentially considering it as a speculative trading instrument, and have paid little attention to its longer-term possible inflation hedge,” Lifchitz said. “Moreover, the US FED being on a rate hike spree to limit the devaluation of the US dollar has also been a strong headwind for Bitcoin to be a US dollar inflation hedge.”

If the Fed’s actions in 2023 align with the current expectations of a rate hike pause sometime in Q2 2023, risk assets could potentially see a relief rally, Lifchitz said.

“In such a configuration, the first major upside target for Bitcoin would be the $30-35k level, which would represent a gain of about 100% from where we are today… but it won’t go there in a straight line, with many pullbacks along the way.”

To the downside, Lifchitz pointed to the obvious support in the $10,000 to $12,000 region, which represents a 30% to 40% correction from its current price. “But given the (relative) resilience of Bitcoin in front of the latest wrench that had been thrown at it (FTX’s collapse), such a target may be hard to reach, unless of a very drastic move from the Regulator,” the CIO warned.

One possible development in early 2023 that could cause additional problems for the top crypto is the release of the 145,000 BTC held by Mt.Gox. Victims of the long-defunct exchange have until Jan.18th, 2023 to indicate in which form they would like to receive their proceeds.

“As their Bitcoin was worth about $500 by the time Mt.Gox collapsed, even at the “depressed” value of $17k today, that would result in a nice lump sum being received by these “mom’n pop” investors, who may decide to liquidate them right away in order to get some financial relief from the raging inflation they have suffered from in 2022 so far,” Lifchitz warned. “That could materialize as a selling wave for Bitcoin, but it’s likely that it would be dip-bought quickly.

In summary, Lifchitz sees the potential for Bitcoin to “remain under pressure (like other risk assets) in 2023 until the US FED blinks, at which point it could see some nice upside from today’s level if there are no drastic moves from the Regulator.”

And finally, for the Perma bulls out there looking for high-priced predictions, billionaire venture capitalist Tim Draper has maintained his stance that Bitcoin will hit $250,000 by the middle of 2023 despite the significant weakness seen in 2022.

Draper previously gave a $250K Bitcoin price prediction for the end of 2022, but he altered that perspective in early November during the Web Summit tech conference in Lison, where he said it would take until June 2023 for this price target to be reached.

CNBC followed up with the Venture Capitalist on Dec. 3 to see if he still had the same view, to which he responded by reaffirming his position.

“I have extended my prediction by six months. $250k is still my number,” Draper told CNBC via email. “I expect a flight to quality and decentralized crypto like bitcoin, and for some of the weaker coins to become relics.”

The reason for Draper’s optimistic price target is the lack of engagement from women, which he sees as changing in the near future. “My assumption is that, since women control 80% of retail spending and only 1 in 7 bitcoin wallets are currently held by women, the dam is about to break,” Draper said.

He also pointed to increased future uptake from retailers, who can save roughly 2% on purchases made in Bitcoin. “Once retailers realize that 2% can double their profits, bitcoin will be ubiquitous,” Draper added. Bitcoin also allows people to bypass the middlemen in the payment industry that charge fees as high as 2% for each transaction.

“When people can buy their food, clothing and shelter all in bitcoin, they will have no use for centralized banking fiat dollars,” Draper said.

“Management of fiat is centralized and erratic. When a politician decides to spend $10 trillion, your dollars become worth about 82 cents. Then the Fed needs to raise rates to make up for the spend, and those arbitrary centralized decisions create an inconsistent economy,” he added.

In order for Bitcoin to meet Draper’s price prediction, it would need to rally roughly 1,400% from its current price near $17,000.