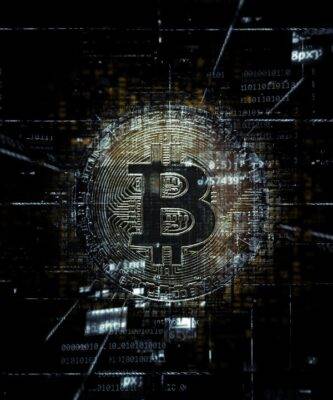 Bitcoin is a perfect fit as a means of exchange for entities who would traditionally make up the majority of transactions on SWIFT.

With the advent of the Lightning Network the notion of bitcoin as a means of exchange has been taking off in the last few years in terms of dominant narratives in this space again. Ultimately, that is a necessary component of something that is aiming to become money. Storing value is meaningless in the context of money without the ability to easily exchange it, and Lightning is the most promising tool at this point in order to truly scale the ability to do that.

Conceptually though the majority of the focus of means of exchange as a functionality has been around consumers — fulfilling the needs of your average person and their day to day needs in purchasing groceries, shopping online, paying for services, etc. This is not the only scale of exchange in an economy. Businesses pay suppliers, they have to pay for contractors or services as well, international shipping companies need to receive money from all over the world from their customers — most of which are not consumers, but businesses. Imports flow all over the world at massive scale, and need to deal with the complexity of foreign currency exchanges between many different national currencies.

Medium of exchange does not just mean people paying for their coffee, the entire function of medium of exchange happens at every level and scale of the economy for purchases of much larger value than your daily Starbucks latte.

This is where bitcoin will begin to really shine sustainably at scale as a medium of exchange, not Joe buying his coffee every day. SWIFT processes around $5 trillion dollars of payments each day, about $1.25 quadrillion dollars a year. One need look no further than numerous Russian banks being cut off from the SWIFT system to see the potential risks in relying on it in order to settle international payments.

This follows a curved distribution where 5% of the overall payments processed account for 95% of the value, and the vast majority of payments are for much lower sums (the average payments being ~$400,000, and the median ~$5,000 in October 2010). So very large value payments account for the vast majority of value transferred across the network, but that remaining small percent of value is distributed across a large variety of individual actors making small payments that are still in the grand scheme not a small amount of money. This distribution actually shows why SWIFT is ripe for disruption by Bitcoin in that latter category.

As I brought up in this article in March discussing this same topic in the context of explicit sanctions evasion, the key limiting factor of using Bitcoin to process conventional payments denominated in fiat currencies is liquidity. I broke down how even if 100% of the mining hashrate in Iran, which is 5% of the network, was completely owned by the government and they were retaining 100% of the proceeds, they could acquire $700 million dollars worth of Bitcoin a year to pay for imports. That is in the grand scheme not really much. Iran imported $38 billion dollars of goods in 2020 — $700 million dollars is just a fraction of that.

This dynamic changes when you start to consider a country with a thriving fiat market for Bitcoin. The situation with Iran was them considering burning oil in place of being able to export it directly for sale, and using Bitcoin mining to fill that gap. The problem is that it is limited by how much mining hardware they can get their hands on. Consider a country that is not so heavily sanctioned, but potentially at risk of it, that can still export things and has a thriving Bitcoin/fiat market with a volume of ~10 million dollars a day.

If people from across the world were willing to pay for exports from that country with Bitcoin, there is a 10 million dollar a day market that could convert that into fiat every day. That’s potentially 10 million dollars of money coming into the country every day to pay for exports (I know…this is an oversimplified analysis, ignoring changes in market conditions, how that will affect market liquidity, the consistency of demand for Bitcoin, etc. — but stick with the simplified analysis just to consider the point). That’s ~$3.6 billion dollars a year. Now imagine a $100 million dollar a day market volume, that’s ~$36 billion dollars a day. That’s almost Iran’s yearly imports from 2020.

Now imagine that last 5% of value processed by SWIFT that makes up 95% of all the individual transactions. Imagine all of the different businesses and individuals making international payments that fit inside that bucket of payments. As long as the source country has the liquidity in a fiat/Bitcoin market to allow someone making a payment to buy it, and the destination country has enough liquidity for the receiver to sell it, Bitcoin is a perfect vehicle to process that international payment with minimal slippage/fees and settle it within the span of a few blocks. Add the Lightning Network into the picture, and that can be settled within seconds.

The more speculative liquidity surrounding Bitcoin, the more value can be processed in such a system between different jurisdictions to facilitate international commerce. You don’t even need to be a sanctioned country of entity to see the value in this. Settlement can be literally instant. SWIFT can take days, even weeks sometimes, depending on where money is moving between and the checks that SWIFT runs over a payment.

Bitcoin removes that delay, and removes the potential for a third party to stop the payment from occurring. It boils things down to only the two points of exchange between fiat and Bitcoin in the respective jurisdictions in terms of counterparty risk the two transactors are exposed to.

Even that however can be removed by simply custodying and controlling the Bitcoin yourself directly. The only risk at that point is then the volatility of Bitcoin itself. This too can be dealt with. At the simplest level, a small portion of the Bitcoin a company is holding can be deposited to an exchange with futures products, and with leverage can be used to short the Bitcoin price in order to hedge against the volatility.

10x leverage means you only need to put 10% of your Bitcoin on such a platform to hedge that exposure. If the Bitcoin price goes up and your short is liquidated, the price appreciation of Bitcoin will make up for that and leave you with the same amount of fiat value. If it goes down in value, then the money you make on the short position will make up for the depreciating value of Bitcoin, and you will still have the same amount of fiat value.

Discreet Log Contracts (DLCs) even offer the possibility to hedge against the price volatility of Bitcoin natively on the network itself through a smart contract. This allows you to directly control the Bitcoin, have contracts settle right back into your control in self custody when it closes, and even allows for the use of multiple price oracles so that trust is not placed in a single one to honestly report the price of Bitcoin.

People act like Bitcoin has to hit the point of hyperbitcoinization in order to become a major backbone of processing payments in the world, or to become a system as important to the economy as SWIFT. It does not. Market volume of a certain level means that that amount of Bitcoin is being actively bought and sold.

That means demand is there to regularly process purchases and sales of Bitcoin within that value range during whatever time period you are analyzing. The same goes for futures markets, whatever volume is present there is available for people who want to custody the Bitcoin themselves instead of being exposed to counterparty risk to hedge against that volatility, and not have their businesses ruined if the price of Bitcoin suddenly crashes down to a massive degree.

Bitcoiners have become so focused on the notion of grass roots adoption — which is not itself a bad thing, as that is absolutely a necessary aspect of Bitcoin adoption to truly become an actual money — but they have begun losing sight of the other side of that coin. Large players, large value settlement. Bitcoin is ripe for a massive disruption of systems like SWIFT, and at the rate the world is becoming both politically and economically unstable, I think that time is going to come sooner rather than later.

I think that Bitcoin and Lightning will start seeing widespread adoption by businesses as an alternative to SWIFT and other settlement systems before it sees widespread adoption as a means of consumer payment. It’s simply easier to convince a few thousand businesses of the value add and utility, and get the work done to integrate there, than it is to convince hundreds of millions of people of the value add, and get the work done to integrate it there. It would also probably make the job of the latter easier if the former was accomplished first, as most people tend to follow in the footsteps of things that seem credible.

What could add more credibility in the minds of your average person than constantly hearing how Bitcoin is being used to settle international business payments and dragging business away from conventional settlement systems?