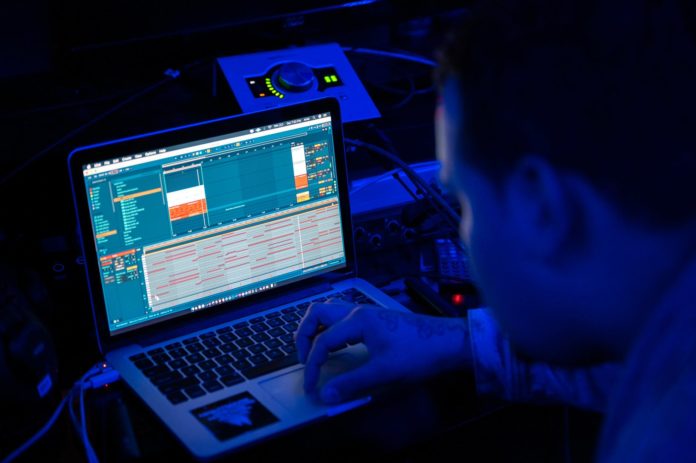 One of the most-discussed topics over the past few years is the transformation and digitization of the financial sector. As it is evident, a lot of industries and use cases have adopted decentralization and transformation, blockchain; also known as the Distributed Ledger Technology (DLT), has emerged as a global discussion. The future of the global digital banking world could be shaped by the emergence of the technologies of Blockchain.

However, it is postulated that a traceable and complete global currency typified by an efficient and effective financial infrastructure will not only change the global banking services but also result in massive costs reduction for all the active players in the industry. Blockchain will do for the financial world, what email did for business communication.

Blockchain, also called Distributed Ledger Technology (DLT) appears to have disrupted the Fintech industry as it has captured the wallets and imaginations of the financial institutions throughout the world. More than 3,000 blockchain ledger and DLT patents have been filed in the last three years. According to MarketsAndMarkets.com, the top blockchain Consortium boasts about 50 of the world’s top financial institutions and more than $1.4 billion was made in Venture Capital Investments.

With the Peer-to-Peer ecosystem, powered by the technology of Blockchain, we are moving towards an innovative era of the financial environment which has changed and reinvented a new way of making financial transactions. As it stands now, the future of the global financial world could be without the traditional banking services but with instantaneous confirmation of transactions within seconds which would significantly eliminate any intermediaries, enhance efficiency, and reduce transaction costs.

The early Bitcoin advocates and enthusiasts were mostly cyber-anarchists and libertarians. On the other hand, they also include most individuals and financial service professionals who liked it just because it eliminated the need for banks, intermediaries or other barriers. Not too many believed that Blockchain, the technology behind the world’s famous cryptocoin, Bitcoin could, in its early days, have any influence in the conventional financial services and transactions.

Because all Bitcoin transactions take place without the control of any central authority and on a peer-to-peer framework, this disruption has led to its total adoption that most people now prefer to store and exchange in crypto powered by Blockchain.

Most of the central banks of many nations have shown interest in adopting the technology of Blockchain for future use. This, once it is adopted, there will be widespread use of the cryptographically-stores and secured currencies throughout the world.

The Blockchain-enabled ledger technology will strengthen the use and expansion of the equity management abilities. Through the permissioned distributed ledger, the fixed and equity income, currency settlements, and other financial services will be traded instantaneously. This will create an opportunity for the traditional banking system to develop classes of new assets and drive efficiency.

Transactions are stored in tamper-proof, public repository ledger organized in chronological block of chains. Tokens will represent trade assets so that all the participating users or traders will have access to the public chain. Consequently, the technology of blockchain enables an autonomous execution of projects, immutable records, and transparency of business rules while making superior automation potentials possible.

The impacts of Blockchain on the future financial transactions are significant. The information silos and unnecessary waiting times disappear. Transactions become cheaper and faster. Since asset provenance and credit history are the immutable components of the record, transaction risks decline and lines of sight lengthen.

Trading is secured since it will be easier to verify and authenticate that each of the trading partners holds up to their respective end of an agreement. Since the audit trails are cryptographically stores and readily available, the complex processes of dispute become simpler. The blockchain smart contracts carry out binding agreements and bargain in real time. DLT makes compliance possible and easier.

Hence, financial institutions, regulators, and major stakeholders in different industries are comfortable with the emerging infrastructure. Regulators, with the Distributed Ledger Technology, can access the shared bargain and repository, and help with the data they exchange and need.

DLT also changes the financial value propositions as they can resolve disputes and reconcile records. This occurs among the trading partners prompting the middlemen to rethink a new business model. As a result of its transparency and immutability, the lenders will have greater insights. This includes their views on the assets pledged by their partners or borrowers. In turn this could result in better pricing decisions and credit adjudication.

Intentionally, deliberately or otherwise, the technology of blockchain will reshape the frameworks which characterize the current digital banking. For instance, it is projected that the distributed infrastructure removes information silos.

This means allows an open and transparent ecosystem for everyone to work with the same set of data. Replacing the current banking infrastructure and services is an expensive and big undertaking. Regulators, innovators, and incumbents will need to come together with their diverging interests. Furthermore, they can achieve a new wave of the banking industry powered by Blockchain.