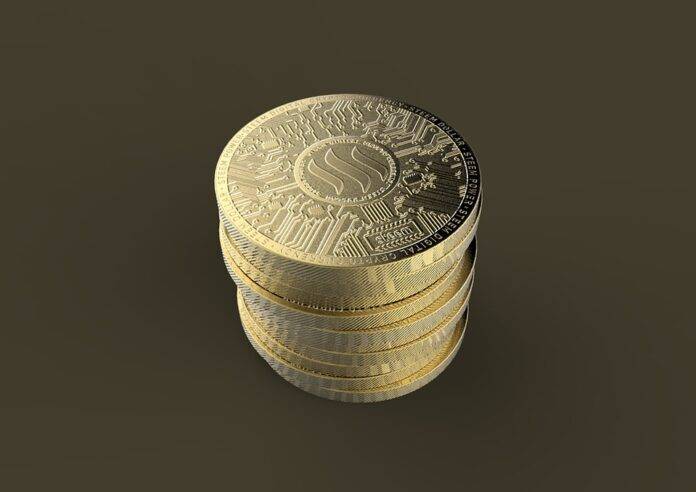 The blockchain was originally developed to make trading bitcoins secure and efficient. However, many other organizations have started using the blockchain for other purposes.

One of the biggest breakthroughs with blockchain in recent years has been the inception of new virtual coins. These bitcoin competitors are known as altcoins. They wouldn’t have been possible without existing blockchain technology.

Altcoin, in essence, is any other Cryptocurrency that’s not named or is an alternative to BTC. The term was first introduced to indicate the replacements of Bitcoin. However, since then, it has been used as a marketing term to boost the sales of anything that’s not BTC.

So, how do they work?

Well, as we’ve said before, an altcoin is essentially a replacement of Bitcoin. Thus, they tend to work just like how any other Cryptocurrency module does. They are transferred over the blockchain just like bitcoin. Therefore, they wouldn’t be possible without the existing blockchain infrastructure.

We have previously stated that predictive analytics has made altcoins more popular than ever. However, the blockchain is even more important for their viability, since they simply couldn’t exist without it.

Each of them is built on the coveted blockchain technology and, therefore, can help you stay anonymous while making a transaction. Also, the security of these coins are quite high. Some of them even beat Bitcoin’s efficacy with regards to that.

So, if you don’t have enough money to invest in Bitcoin, opting for an altcoin can be a decent idea for you. But, before you do that, let’s know a little bit more about them.

Types Of Altcoins Made Possible with the Blockchain

Like food, altcoins come in loads of categories and flavors as well. And, each of them is quite unique just like the one sitting next to it. They wouldn’t exist without the blockchain. Here’s what you need to know about them.

A stablecoin is a type of Crypto asset that’s backed by the traditional fiat currency, like gold. So, they usually have a stable base of operation and don’t participate in the sense of volatility like Bitcoin. But, they’re still quite less popular and don’t have much of a value potential. However, the blockchain has made them potential contenders and they may prove to be a resilient underdog.

A payment token, as you can guess from the name, is designed to be used as a currency. So, if you want, you can use the same to purchase something for your purpose. Or, you may hire an individual and avail of their services with it, just like traditional currency.

Unlike any other Cryptocurrency, a security token is more focused on the protective efficacy rather than anything else. Thanks to blockchain technology, you can tokenize almost any asset in the world. However, in that case, you’ll have to secure and hold them by yourself.

A meme coin, as the name implies, derives from some sort of a meme or a joke. For example, Dogecoin was first launched by mimicking the “meme personality,” Cheems. It gained quite a lot of popularity within a small period of time. But, now, it’s barely hanging in the zone.

An utility token is generally used to provide a service or offering within a network. Like, you can utilize it to buy a storage space in a blockchain ecosystem and pay fees related to it. Also, it’ll be possible for you to redeem some sort of networking-oriented reward with it.

Should You Use An Altcoin?

If you want to take the risk and invest in something else, we’d definitely ask you to invest in an altcoin. But, if you don’t, sticking to Bitcoin won’t hurt you much at all.

And, for trading purposes, you always have bitcoin code with you. It’s quick and secure from every viewpoint. So, there’s no need to worry about anything.

In any case, we want you to make the decision for yourself. Hence, in this section, we’ll write a separate pros and cons segment regarding altcoins.

So, go through them and make the decision by yourself!

What Are You Going To Do?

So, at this point, you probably have quite a clear idea regarding an altcoin and their behavior. Now, tell us, how would you want to attend to this market?

If you ask us, we’ll suggest you opt for a popular altcoin, like Ether, at the beginning. Due to being made on Ethereum, it has a massive potential to grow in the market.

Besides, Solana is yet another coin that’s gaining traction out there. Hence, it’ll be best if you can invest in it to make some profit.

However, no matter what you do, don’t forget to check out the market trends beforehand. Or else, you might end up losing all of your money due to the notorious Crypto volatility

The Blockchain has Made Altcoins Possible

There are a lot of great benefits of the blockchain. It has made entire new generations of cryptocurrencies possible. Some of them may even replace bitcoin at some point.

The huge impact of Blockchain & Bitcoin mining on the planet