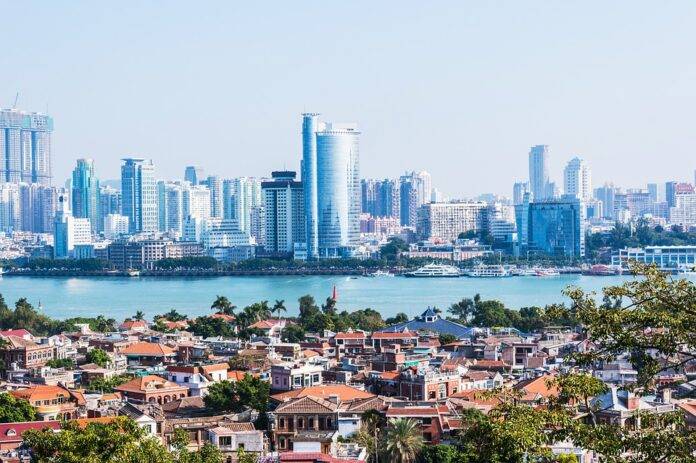 Shenzhen, Guangdong province, aims to build an international center of financial technology by 2025 through an all-around digital upgrading of financial institutions and propping up real economies with innovative fundraising channels.

The target was proposed in a draft plan unveiled recently by the municipal financial regulatory authority. The plan stated Shenzhen will build five industrial parks and office clusters oriented toward fintech development, and cultivate more than 10 world-renowned leading fintech firms.

On the heels of the document, China Development Bank and Guangming district in Shenzhen signed a 10 billion yuan ($1.42 billion) fintech funding agreement on Monday to meet diversified fundraising demand for scientific research and commercializing projects at a science town in the district. The town is pinned as one of the national science centers located in the Guangdong-Hong Kong-Macao Greater Bay Area. Several supercomputers in the town are expected to pave the way for fintech innovations, including Peng Cheng Cloud Brain jointly forged by Huawei and Peng Cheng Laboratory.

Similar to the annual fintech week in Hong Kong and FinTech Festival in Singapore, Shenzhen announced it would organize an annual fintech festival starting this year. As part of the festival, an international competition－The FinTechathon－kicked off this week.

Liu Guohong, director of the Finance and Modern Industry Research Center at the Shenzhen-based think tank China Development Institute, said Shenzhen has already laid a strong foundation but there is still a gap between it and global fintech hubs such as New York and Singapore.

Many financial heavyweights have set up their technology subsidiaries in the city, including banks and securities agencies. Shenzhen-based technological behemoths like Tencent and Huawei have invested heavily in related technology platforms. WeBank, China’s first private and digital-only bank, was also founded in Shenzhen.

The city’s advantage is in technical support in software and hardware, with an array of leading technology firms’ established platforms. But Liu also pointed out that its weakness is its supervision and talent pool compared to Beijing and Shanghai.

In addition to urging financial institutions to bolster the technology sector, the new government document also emphasizes harnessing technology as a tool to make financial service breakthroughs, he said.

The plan encourages financial firms to make full use of technologies, such as big data and artificial intelligence, and to digitalize loan approvals and risk controls. For instance, comprehensive analysis based on data from firms, public services and financial sectors can provide accurate profiles of potential borrowers so that the reliance on collateral can be reduced and information gaps between banks and borrowers narrowed.

As for supervision, Liu Yang, deputy director of the technology section of the Shenzhen Central Subbranch of the People’s Bank of China, said the central bank initiated fintech innovation supervision pilots in 2020 and so far, nine innovative fintech applications are undergoing tests for blockchain, big data, cloud computer and AI technologies.