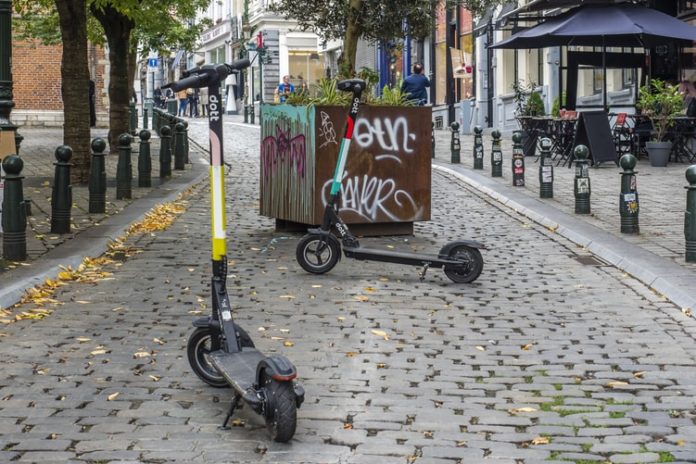 A change to Northern Ireland legislation that means electric bikes have now been reclassified as bicycles rather than mopeds could fuel an ‘e-bike revolution’ across the province as the lockdown begins to ease.

The new legislation aligns Northern Ireland’s rules governing electric bikes with those in the rest of the UK.  This means bikes featuring an electric motor that enables them to travel up to 15mph, will no longer need a moped licence, MOT or vehicle registration. It comes after months of work between the Department of Infrastructure and travel charity Sustrans, and a legislative change that CompareNI.com has been campaigning for, for some time.

Northern Ireland benefits from over 1,000 miles* of the National Cycle Network, yet only 2%** of people in the country currently cycle to work.  Local insurance expert and founder of CompareNI.com, Greg Wilson, believes that’s all about to change: “This law could not have come at a better time.

Cycling has never been so popular with people using it as the perfect medium for some socially-distanced exercise.  We’ve seen a 226% spike in website traffic to our bicycle insurance system since lockdown began, and now with the nation’s gradual return to work it is likely those who can cycle and reduce their use of public transport will give it serious consideration.

“Electric bikes can be expensive, with many costing £1,000 to £2,000 and some costing upwards of £5,000, so there is a risk they won’t be fully covered by a standard home insurance policy, which might impose a single item limit that’s quite a bit below the value of the e-bike.

“That’s one of the reasons many e-bike riders decide to take out a separate bicycle insurance policy, and CompareNI.com’s new comparison service for e-bikes is tailormade to help those cyclists find the right policy at the right price.

“E-bikes are one of the biggest trends in transport, and could offer huge benefits for people and small businesses across the country.  We’re truly delighted that NI has now caught up with the rest of the UK in terms of legislation, and are confident that this will encourage many more people to try e-bikes and reap the rewards of more exercise and a less stressful commute to work.”

Prior to the legislative change in May 2020 Northern Ireland was the only part of the UK that classified e-bikes as mopeds rather than bicycles, which meant the province’s electric bike owners would have to pass a moped riding test, hold a moped licence, MOT their electric bike, pay road tax and take out moped insurance, which in total could add anything from £290 to £1,000 or more to the cost of riding an electric bike.

In addition to being a healthier alternative to driving, e-bikes can also help to reduce congestion, air pollution and carbon emissions, and can improve access to town centres.  While many home insurers will cover bicycles as standard, some policies may impose a ‘single item limit’ that could mean high-end bicycles like e-bikes might only be partially covered.  CompareNI.com recommends checking with your existing insurance provider or taking out a separate policy to ensure you have suitable coverage for your electric bike. For more information visit  https://www.compareni.com.