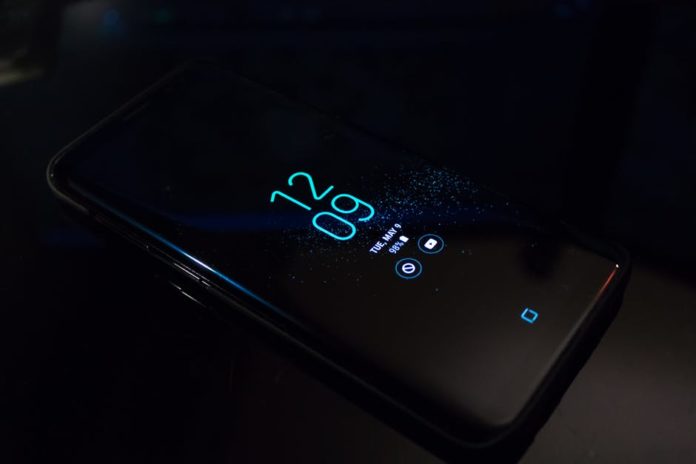 Low-touch is the new high-touch in travel. Companies may rapidly adopt some kinds of contactless systems in response to the pandemic. But which ones?

Several tech firms are hoping the travel industry will rush to buy digital tools designed to reduce how much contact travelers have with surfaces touched by strangers and how often they interact face-to-face with staff. Yet it remains unclear what’s actually happening and what’s hype from vendors.

Skift took a closer look at what hotels, airports, airlines, and corporate travel managers may adopt in contactless tech. The travel industry is eager to reassure wary travelers as it prepares for business recovery. Still, companies seem to be taking more interest in some types of contactless tech than others. Many hard-hit companies have limited resources to invest in tech projects.

“In the short-term, moving to contactless tech is about customer reassurance, but it’s also about being able to mitigate some costs,” said Katherine Grass, CEO of travel tech firm Optii and a venture partner at Thayer Ventures.

“If a hotel is coming back at low occupancy levels, efforts at making the experience more contactless can also reduce costs,” Grass said. She argued that hoteliers would expect tech to pay for itself in reduced labor costs long after the pandemic has ended.

Data from consulting firm McKinsey suggests that consumers will embrace contactless tech, with some consumers, faced with uncertainty, saying they will seek out brands that make visible, dramatic efforts at disinfection.

“It’s a new type of traveler who is going to be hugely health-conscious,” said Jamaican Tourism Minister Edmund Bartlett.

Some workers will also want steps to reduce how often they have to touch the same surfaces as coworkers or multiple guests. Some companies may trial biometric technology, such as facial recognition, to replace high-touch items, like keypads for entering secured areas. Others might want to remove steps where a single worker may touch dozens of credit cards throughout a busy evening, as McKinsey noted.

Yet travel companies may have to pick the risks they’ll manage most assertively. Medical authorities seem to be forming a consensus around the message that infections happen when one person directly inhales droplets after an infected person sneezes, coughs, talks or sings, as the U.S. Centers for Disease Control now emphasizes on its website. Surface-based infections appear to be less common.

In other words, the intensity of consumer and employee fears about germs on surfaces may wane over time. So the most significant push for contactless tech may be to reduce in-person interactions, such as between a hotel’s front desk worker and a guest, which would boost efficiency for years.

At L’hotel Island South in Hong Kong, the staff has been using robots to serve food and drinks to guests under quarantine rather than make deliveries in person, as Skift has reported. Guests need to touch the robot’s keypad to be able to receive their meals.

Here’s a look at some other efforts across the travel sector.

It’s well known that many hotels are hoping consumers will use their mobile apps to control their guest experience. Hilton, for example, aims for guests to use its app to open their guest room door, control room temperature, adjust the lights, and operate the TV. This move to contactless tech dovetails with Hilton’s stricter disinfection of surfaces, an effort copied by other major hotel brands and by short-term rental brands like Airbnb and Vacasa.

“Certain mechanical elements of the experience are going to be digitized, but that was happening anyway,” said Hilton CEO Chris Nassetta in mid-May as Skift reported when the company explained its contactless efforts. “It’ll just happen faster.”

Less talked about is how dining may change at some hotels. One short-term change to business travel is that corporations may want to make sure their employees can limit close contact with strangers while dining on business trips. So hotels may need to adapt to woo customers.

With room service likely to be trendy for a while, some hotels may want to replace the (potentially germ-ridden) menu cards in rooms with dynamically generated menus that can be seen either in a mobile app or by using a QR code in a room to activate a browser-based menu on a guest’s phone.

“It’s likely that some Fortune 500 companies may see it as a new ‘duty-of-care’ issue that they know they’re employees are eating in spaces that minimize health risks,” said Shiva Srinivasan, founder and CEO of Zuppler, whose on-premise ordering solution allows travelers to use their mobile device to place orders from dynamic menus as well as pay their foodservice bills. The white-labeled service limits contacts between guests, waitstaff, and the kitchen.

Larger players will want to build such tech in-house. Disney, for instance, will expand its existing mobile order systems in restaurants, it said in late May.

For leisure travelers, hotels have sometimes tried to upsell guests on walking tours and other activity offerings. Virtual, or self-guided audio tours, are an alternative, said Analucia Lecompte, CEO and founder of Soundwalkrs, one maker of such services.

Travel companies had already been seeking more painless ways of managing payments before the crisis hit, and now the push for contactless processes may speed up.

Business travelers have long had to use company cards to pay for trip expenses, but an effort is underway to digitize some of those processes. But with this and related initiatives, it will take time for revenue-strapped corporate travel departments to retool workflows.

One promising contactless method is virtual cards. A travel manager can place a virtual card on a traveler’s smartphone up to a specific value or only at particular merchants. The process can replace blanket spending limits, and, assuming it works as described, a company may more quickly reconcile each expense its expense management system like Concur or Expensify. A company could set spend limits on, say, food and drink products between Monday and Friday or specify different tiers of restrictions based on employee seniority.

In April, banks belonging to the Visa payment network became able to issue virtual cards onto a traveler’s smartphone for use wherever contactless payments are accepted thanks to a solution from payments technology vendor Conferma Pay. United Overseas Bank in Singapore was the first issuer. Travel management company CWT is currently trialing a white-label version of the tech.

Corporations can alternatively set things up so that employees download the Conferma Pay app, which they can use to make payments using ApplePay, GooglePay, or other contactless payments are accepted.

Crucially, an investment in contactless payments would go beyond the short-term response to the pandemic. Sabre, the travel tech giant, is working with Conferma to allow virtual cards to be robotically generated at the time of booking. When you, as a traveler, book a flight from London to Dallas, with an overnight in New York, the system could recognize the overnight stay and robotically generate a set allowance sent directly to the traveler’s mobile.

Much has been said about how airlines and airports are working to make a safe experience for passengers. But for workers, some less obvious gains are to be had.

Many call centers who were sent home to work remotely may not return to shared spaces until the pandemic subsides. Software maker Automation Anywhere has offered a robotic process automation software to extract ticket information from customer data on file, opens a carrier’s systems, and issue a voucher for future travel where accepted. The contactless process shaves many minutes off each refund.

The International Civil Aviation Organization (ICAO) issued guidelines on Tuesday that airports should use contactless tech, such as facial and iris scanning, for “self-service bag drops, various queue access, boarding gates, and retail and duty-free outlets.”

Many tech providers have relevant solutions. For one, Amadeus has an Airport Pay solution for travelers to pay for airline ancillaries, such as a last-minute checked bag fee, at an airport check-in by using contactless payment, such as ApplePay. Lufthansa is one carrier that has rolled out Amadeus Airport Pay.

Crowd management is an off-shoot of contactless concerns. Rather than have workers monitor crowds, Lidar sensors from companies like Quanergy can measure the location of, and distance between, travelers. It can also count the number of people in a given spot and sound automated alerts if people are too close together. Airports can also use the tech to monitor shuttles between terminals. If too many passengers enter a shuttle, the tech can activate a recorded message to prompt passengers to obey the rules and hold the shuttle if necessary.

OTG, which runs 300 in-terminal restaurants and stores in 10 airports, has been installing Amazon’s Just Walk Out automated checkout technology at its cashless bookshops and convenience stores, including the Cibo Express brand, to reduce in-person interactions.