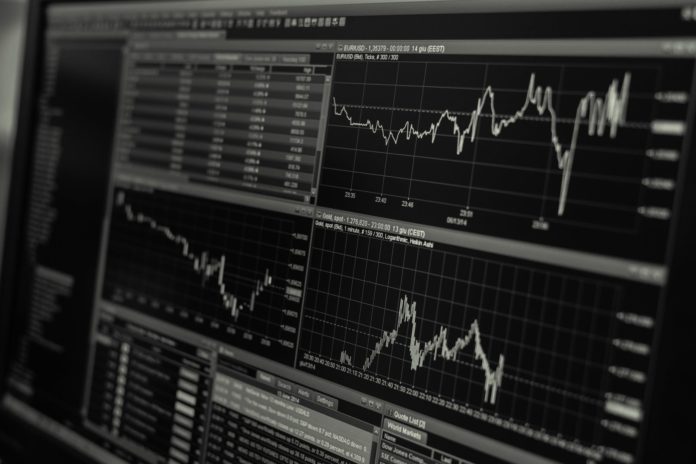 Everyone is talking about the coronavirus. How serious is the health and economic crisis it has created? Is there a way not only to retain savings but also to gain wealth? This article provides an update on the virus problem and the global economic outlook, so that traders could orient themselves in this changing environment and make profit.

In China, the count of total virus cases comes to 80,813, among which 3,176 are deaths. The analysis of these figures allows assuming that the country’s authorities have managed to get the situation under control. For the first time since January, the daily number of new infections dropped to single digits. Compared to 15,000 new infections in one day just a month ago, that surely seems like a victory. The diagram below shows a clear decline in the pace with which the virus is spreading and puts things into a positive perspective for the country.

As a result, China may probably start cheering for having already passed the tip of the crisis. Now, Chinese authorities will be tasked with economic recovery and putting their country back on track as quickly as possible. Beijing will also need to make sure it doesn’t falter on the US-China trade agreement signed in January.

That leaves us with the rest of the world to observe. That’s where we face a heavy sight.

Worldwide, there are more than 130,000 confirmed coronavirus infections. Among these, almost 5000 are fatal. Out of each number, the biggest portion comes from China. However, that’s not important now. Not anymore.

What is important is that a month ago, the coronavirus was almost exclusively a Chinese problem and global powers were treating it accordingly. Bloomberg’s virus map that had China in the center reflects this point well.

That was a month ago. Look at the picture below and see the shift.

There are no more white spots on the map, except for Africa, Central Asia, and Greenland. What does it mean in view of the figures we just studied about China? It means that the virus is done ravaging the country it originates from, and is currently waging war on the rest of the world. Is that a problem? Definitely, yes. Why? Because in the rest of the world people, businesses and social structures do not toe the line under the government’s command, as they do in China.

That means the virus may spread much easier. Hence, the damage – humane and economic – may be significantly more severe.

Just a few weeks ago, Donald Trump was confident, as usual, about the entire situation. He was hailing the “best ever” professionals that are prepared to fight off the virus as soon as it comes to the United States. From the financial side, Federal Reserve’s Chair Jerome Powell reported that there was no reason to act on the virus preemptively as the domestic economy enjoyed “strong fundamentals”.

Since then, things have changed. On March 3, the Fed “suddenly” lowered the interest rate by 50 basis points after an emergency meeting. Later on, President Trump addressed the nation informing about wide (although, unclear) fiscal support measures for businesses. The President also banned travel from Europe for 30 days.

Observes keep factoring in the upcoming disappointment with the country’s economic performance in the Q2-2020 and lowering targets for the stock market. S&P fell by 30% since its all-time high in February. It is bad? The curve of the virus expansion is still looking up, and more and more experts say that the US may have already entered a recession.

Fighting the virus should be the most difficult in Europe as it is not a single entity but a collection of states that have open borders and shared economic space. Containing and controlling the virus is based on unified measures. For the EU, generating such a response seems more and more difficult with each passing day. That is, even if we put Brexit aside.

On top of that, the last press conference of the European Central Bank puts doubts on the financial power the regulator has left to revive the Eurozone. It is also unclear whether it possesses any leverage over sovereign states. Even French President has voiced out his “I don’t think so” in response to Christine Lagarde’s plans to selectively quantity-ease here and there. What Germany, the biggest economy in Europe, thinks of that, we already know without asking.

In the meantime, Italy is second in the list of countries affected by the coronavirus after China with 1,016 deaths and 15,113 total cases. Spain got number four with 84 fatalities and 3,004 infections, and France is at the sixths place, with 61 and 2,876 respectively. Given the libertarian inclinations of these countries, it is hard to imagine communities being forcefully quarantined and everyone compelled to wear a mask.

So are we done?

No, the opposite. We are just starting. Why? Because the global doomsday presents opportunities to trade that may not come in decades. Stocks dropping by 40% and more, currencies going into major turbulence, and oil at $25 – that doesn’t happen often, especially, together. That’s why, instead of following the prevailing moods and rushing away from the trading terminal, a trader needs to concentrate more and make sure all the levels are properly set and the trade tactics duly prepared. All of this should be carried out in the very common manner of a daily trade routine with proper risk management.

Ok. First, there may never be a situation that blindly harms everybody. Someone always gains amid the total Armageddon. Speaking about stocks, you may think of the pharmaceutical companies, which may get millions and billions of government contracts to fight off the virus resulting in unprecedented sales and cash flows – something that would never happen without a virus. So you can bet on these if you want to go bullish. In addition, you can bet on those companies, which can benefit indirectly – such as Netflix, for example. If thousands of people have to stay home to wait out on the virus, they will be “forced” to their screens – and Netflix will be there. Facebook’s stock has also proved so far quite resilient. Be careful and selective though – Disney’s stock plunged on the news about the company closing its theme parks.

Second, in the long run, the economy will eventually hit the rock bottom and reverse, whatever happens. Trust Warren Buffet if he says so. So again, choose a stock CFD, set the support level to aim at, and go bearish. Once you see a reversal, set the confirmation checkpoints, and go bullish. Straight as always.

Apart from these options, currencies, oil and gold are waiting for you. JPY and CHF will win in the longer term as undisputed safe-havens. AUD and NZD will be losing in the medium term due to the crippled Chinese demand for Australian and New Zealand’s exports, exotics lose against the USD even when the latter is shaken. Gold will keep rising in the long term as long as the oil war and recession fears are around, and oil price will be under pressure as long as Russia and Saudi Arabia are wrestling over the European market and supply quantities. This is your fundamentals kit to get into the crisis with a good chance to win in the end. Trading strategies abundantly provided in our Tips for trades can be your technical ammunition.

The idea is the following: stay confident and consistent in your trading. Yes, some panic is there, but winners are there too. During the crisis, the one who can stay is the one who can win.

Good habits are a blessing. Read how to benefit from the global collapse, wash your hands and keep trading.