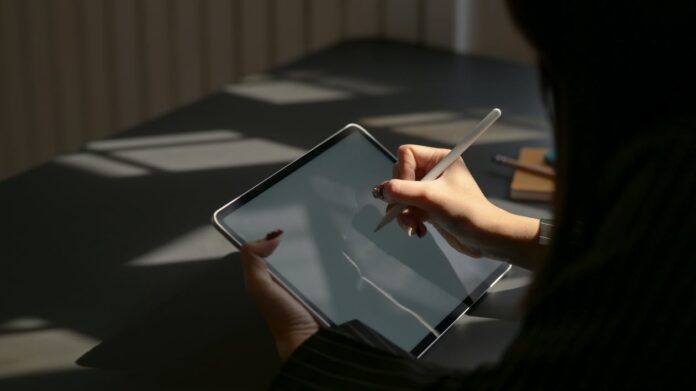 Highlights for the twelve months ended 30 June 2020 include:

GDV represents the debit volume processed by the Group through our proprietary processing platforms. GDV grew by 54%  over the prior corresponding period to $13.9 billion. Whilst this volume translates to revenues at different rates depending on  the program and region, GDV is a proxy indicator of customer demand for our payment services.

1 EML generates interest income on Stored Value balances and as such is a source of core revenue. Earnings Before Interest, Tax, Depreciation & Amortisation (‘EBITDA’) is used  as the most appropriate measure of assessing performance of the group. EBITDA includes R&D tax offset and excludes share based payments, acquisition costs and foreign  exchange gains or losses and is reconciled to statutory profit and loss within the FY2020 Annual Report.

Our Gift & Incentive (‘G&I’) segment performed well in a difficult environment, with GDV growth of 11% to $1.17 billion which  compares favorably to GDV of $1.06bn in FY19. We experienced two different sets of trading conditions, with seasonal  volumes (November-December) up 17% on the Prior Comparable Period (“PCP”) and GDV up 26% up until the end of  February 2020 versus the PCP, followed by the impact of Covid-19 and mall gift card volumes falling by more than 90% in  April, due to lockdown & social distancing measures in place in most countries.

Despite this impact, growth in our incentive programs ensured that we managed to grow GDV for the G&I segment, and sees  an almost equal GDV split between Mall gift card programs and Incentive card programs.

GDV from our General Purpose Reloadable (‘GPR’) segment grew by 54.3% to $4.2 billion, driven by strong organic growth  from our Salary Packaging programs, resiliency in our gaming and disbursement programs, and the acquisition of Prepaid  Financial Services Group (‘PFS’) which contributed $1.25 billion in the last quarter.

In our Virtual Account Numbers (‘VANs’) segment in North America, GDV increased by 62% to $8.47 billion, driven by organic  growth in existing customers. Volumes were also negatively impacted in the last quarter of the financial year as social  distancing and lockdown measures reduced spending in health industry clients.

Revenue increased by 25% over the prior corresponding period to $121.6 million with revenue growth evident in each  segment.

Despite the challenges of Covid, revenues in our G&I segment increased by 3% over the PCP to $68.2 million.

The GPR segment increased revenue by 75% to $41.9 million, with continued organic growth of salary packaging programs  and the contribution of $15.6m from the acquisition of PFS at the end of March 2020 (contributing 3 months of revenue for the  year).

The VANs segment increased revenue by 66% on the PCP to $10.7 million, growing in line with GDV growth, which was  negatively impacted in the last quarter of the financial year.

Given 43.4% of revenues were generated from GPR and VANs, which have lower yields, the average Group revenue yield for  the financial year was 88bps.

Gross profit margins vary across the three segments, with our G&I segment generating 82.4% gross profit margins, and  64.8% for our VANs segment. In the GPR segment our blended average gross margin was 59.7%, reflective of EML programs  such as salary packaging being higher transactional use programs, and margins on PFS managed GPR programs where  margins are lower because of third party processing costs.

Prior to the acquisition of PFS we had previously flagged a goal to increase our gross profit margins from the mid 70% range  to approximately 80%, driven by a movement to self-issuance. Excluding the impacts of the PFS acquisition, this was  achieved in FY20 with a like for like Gross Profit Margin of 82.1% (up 7.0% on PCP).

We expect continued benefits from reduced transaction costs moving forwards. Margins have been impacted by segment mix shift to GPR and VANs, in part due to COVID19, along with the contributions from PFS which operate at a 57% margin due to  outsourced processing, operating solely in the GPR segment and experiencing lower volumes from multi-currency travel cards  which are higher margin programs.

As we transition the PFS volumes from third party processing over the next 3 years, and we realise the $6m in synergy  savings we have previously flagged, we would expect PFS margins to improve by more than 5% and lead to an increase in  overall group gross profit margins.

The Group generated EBITDA of $32.5 million, which excludes $15.8 million of acquisition related costs in connection with our  acquisition of PFS completed on 31 March 2020. Prior comparative period EBITDA numbers have been represented to  exclude acquisition costs for comparability.

The company suspended forward earnings guidance in March 2020, previously stated as between $39.5 – 42.5 million.  Putting Covid impacts into perspective, each $100m in GDV from our G&I segment translates to approximately $6 million in  revenue and $4.8 million in gross profit. We saw mall program volumes negatively impacted by more than 90% in April and a  gradual recovery through to June, there was a clear impact on EBITDA. Despite those challenges we are pleased to grow  EBITDA in absolute terms by 10% and to continue our track record of year on year EBITDA growth.

Underlying Operating Cash Flow of $35.8 million and Cash on hand of $118.4 million

On an underlying basis, operating cash flows totalled $35.8 million or an EBITDA conversation rate of 110%. Cash conversion  in the year increased, with the breakage accrual booked in prior periods converting to cash, but lower GDV during March to  June reduced accrued revenue. Cash conversion will be impacted in Q4 of FY21 as this reverses, but with the growing mix  towards GPR & VANS we expect cash conversion to be in a range of 65-75%.

During the period EML raised approx. $240.8m net of costs in connection with the acquisition of PFS. Following the  renegotiation of the acquisition, the Group has significant cash reserves which fully covers future operational needs and  provides a platform to make future accretive investments. We repaid in full a $15.0 million loan with a major Australian bank and have no secured debt.

EML ended the period with $118.4 million in cash and $31.8 million of breakage accruals (Contract Asset), of which 70% will  convert to cash within 12 months.

The group continued to sign new contracts with customers in each segment and has seen increasing activity in new business contract wins and program launches (refer to pages 10 and 11 of the investor presentation).

In the G&I segment it’s pleasing that we signed 10 incentive partner contracts who will utilise our mobile PAYS technology.  Incentive programs will be a key platform for growth in this segment whilst we wait for volume in our malls gift card programs  to rebound. We launched our program with Simon Malls in the USA in January 2020, only to have Covid put a halt to in-store  sales. Whilst Simon malls are open, gift card sales will remain impacted until service desk attendants to facilitate sales return  to all malls.

In our GPR segment we signed more than 2 dozen contracts across our Banking-as-a-Service, ControlPay, Disbursements  and Salary-as-a-Service verticals. In the ControlPay vertical we made meaningful progress with contracts signed with Sezzle  in the USA and Laybuy in the UK and Australia, ensuring that by the end of the calendar year we should be supporting Buy  Now Pay Later providers in all of our regions.

Salary Packaging in Australia has continued to be a driver of GDV and revenue growth, with an increase of 58,000 accounts  during the financial year, with 67,000 accounts remaining to be transitioned under our agreement with Smartgroup.

EML has implemented a new strategy to drive our growth in the next 3 years, named Project Accelerator. EML has always  had a strategy of diversification – of products, of geographies, and in our financials, and had a clear intent of transitioning to a  company deriving the majority of its revenues from GPR products, and the acquisition of PFS was clearly aligned to that  strategy.

Project Accelerator is designed to turbo charge those initiatives and is centred around a new Vision statement of “offering our  customers a feature rich, fully embedded payment solution via a simple, single touchpoint”, and a Purpose statement of  “Inspiring transformative digital change for our customers and communities”.

Some of the key components of Accelerator will include investments in our technology, working with product partners to  integrate their solutions into an expanded EML product offering, and investments in other technology companies where we  believe our customer offering can be enhanced and we can create additional sales opportunities. It is a strategy focused on  driving organic growth and courtesy of a strong balance sheet we have the resources to execute on it.

In the last quarter of the financial year PFS contributed $1.25 billion in GDV to the Group results. Growth has continued into  FY21, with July 2020 representing record GDV for PFS of $520 million.