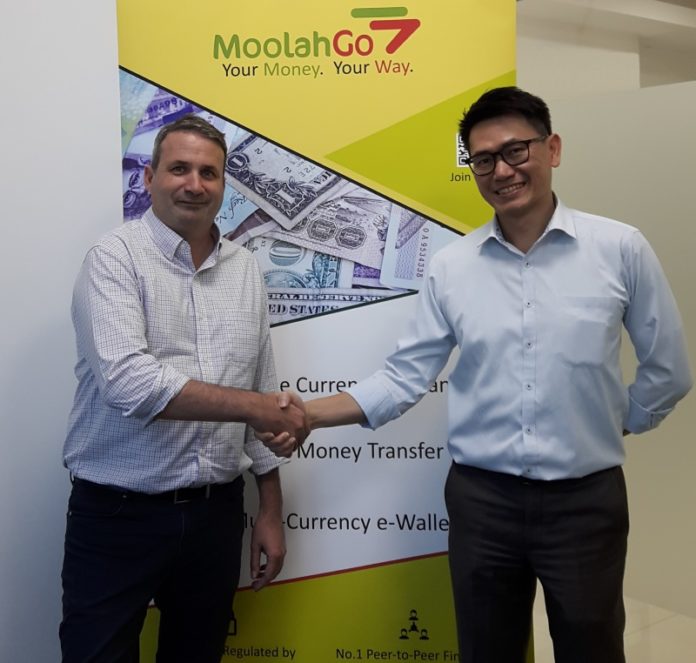 MoolahGo today announced that Mr. Eric Barbier has joined the Company as a strategic investor in its Pre-Series funding round for an undisclosed amount.

Mr. Barbier founded TransferTo in 2005 and turned it into one of the world’s leading cross-border mobile payments network provider before stepping down as its CEO in 2018. Today, some of the world’s largest remittance and payment providers use TransferTo’s services including WorldRemit, PayPal, SingTel, Grab and many others. Prior to TransferTo, Mr. Barbier had also co-founded Mobile 365 which was later sold to Sybase in 2006.

Launched at the start of 2018, MoolahGo is South East Asia’s First true Peer-to-Peer Financial Services e-Marketplace that delivers services by connecting consumers, businesses and providers directly, thereby removing the costly intermediaries. Its platform currently hosts Currency Exchange and Cross-border Money Transfer (Remittance) services. The team is also developing their mobile e- wallet product and has sights on other financial services in the future such as insurance and investments. Since its launch, MoolahGo has attracted a large following of customers including Individuals and Businesses. MoolahGo possesses the Currency-exchange and Remittance licenses issued by the Singapore financial regulator, the Monetary Authority of Singapore (“MAS”). It is also an e-Money Holder.

With its unique and proprietary marketplace engine, MoolahGo is able to deliver value to its customers by sourcing and aggregating rates from multiple qualified providers to offer the most competitive price points to its customers. This ensures that its customers are always getting the best deal when it comes to currency-exchange and remittance services which cover more than 40 destination countries from Singapore. Currently it sources rates from banks, non-banks and even other Fintechs. It’s marketplace platform is open to all and is not biased towards a specific provider.

“Having Eric who is a veteran in this business investing in us is a vote of confidence in our business strategy and future. We are also extremely grateful that Eric will be joining our board to contribute