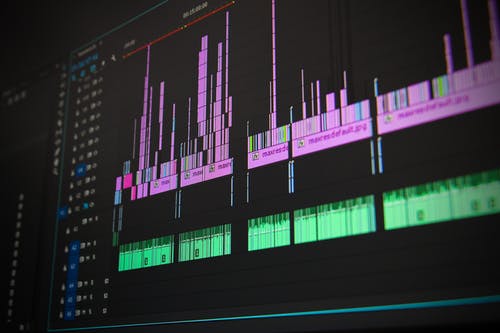 The aim of the annual FinTech and Digitalisation Report, which is released now for the first time and will be published regularly in the future, is to provide insight into domestic and international trends in financial innovation, digitalization and the underlying technologies behind these trends, as these also play an increasingly important role on the Hungarian
financial markets.

FinTech services are related to two well-defined groups of players. On the one hand, the traditional players on the financial market with a longer history – the so-called incumbent institutions – are involved in the development of digital financial channels, services and products, while on the other hand, newly founded companies focusing on the expansion of FinTech services are present on the market. In addition to the incumbent institutions that control most of the domestic financial market, more than 110 companies operating and incorporated in Hungary are currently dedicated to FinTech activities.

In this report, we consider the latter group of individually identified companies to be the domestic FinTech sector. The FinTech and Digitalisation Report focuses on three main areas. First, we present a short overview of the most recent international developments on the global FinTech scene.

Following that, we provide the first comprehensive analysis of the domestic FinTech sector based on publicly available data. And finally, we summarise the findings of our digitalization
a survey conducted in the domestic banking sector, in order to highlight where further improvements could be made to provide better, more accessible and more competitive digital financial services, either based on internal innovations or in partnership with some FinTechs.

At the international level, the FinTech sector is characterized by dynamic growth in its user base and range of products and services, as well as capitalization and market valuation. This trend is supported by specific demand, supply and technological factors. The majority of FinTech solutions are based directly on innovation in retail services, but, at the same
time, there is an increasing number of innovative digital service development in the corporate segment too.

In terms of the new and advanced technologies, the application of artificial intelligence may have the strongest impact on the financial sector in the short run. Progress in FinTech solutions is also driving regulatory reforms, both at the national and international (European Union) level. However, partly due to limited experiences and information owing to the novelty of the services, and partly because the new services cannot be interpreted under the existing regulatory concepts, there is currently no clearly dominant direction in the regulatory approaches.

The process of regulatory renewal can also be supported by the creation of innovative frameworks, mainly via the establishment of innovation hubs and regulatory sandboxes, based on international practice. The MNB was among the first authorities in Europe to establish these frameworks.

In recent years, the Hungarian FinTech sector has been characterized by dynamic growth, as reflected in both the number of employees and revenue. While micro and small enterprises account for the majority of Hungarian-owned FinTech firms, in the case of companies in foreign ownership, the ratio of smaller and bigger companies seems to be
balanced.

Among Hungarian-owned companies, newly founded companies with a history of a few years are typical. The export ratio, which is crucial for competitiveness, is currently much higher at foreign-owned companies. Independently of the ownership structure, most of the companies identified are involved in B2B (business-to-business) services, while the
share of companies offering B2C (business-to-consumer) services is less than 10 percent. Overall, however, most of the developments will ultimately result in more competitive, better quality services for retail customers.

The most important spheres of activities are data analysis and business intelligence, financial software development and system integration, as well as payment services, with 60 percent of the sector active in these areas.

The results of a comprehensive banking system digitization survey conducted by the MNB show that while domestic incumbents have started the process of digitization, there is still considerable room for improvement in terms of their digitization level and preparedness.

The banks covered by the survey account for more than 90 percent of the domestic
banking system in terms of balance sheet total and are aware of the possibilities and importance of digitalization. In addition, the level of digitization is not consistent even internally within the institutions. The range of products that are either fully available online or that enhance customer experience through digital solutions is growing in the retail segment, while at the same time further improvements are being made for this customer base.

These are primarily related to online customer registration and identification, fully digitized extension of personal loans and instant payments. In the corporate segment, fully digital administration is not available, and in the case of the products already in use, digital communication leaves much to be desired compared to the retail business line. In terms of internal operations, further improvements in human resources and systems development would be important to increase the competitiveness and efficiency of the
domestic banking system.

It is a clearly progressive feature, however, that there is more and more emphasis on ensuring the work competencies and conditions suitable for the digital era and on the digitalization of work processes in the domestic banking sector. In the banks’ medium and long-term business plans, one clear priority is to utilize the possibilities offered by digitalization, which is indicated by the fact that almost all the institutions have appointed senior executives responsible directly for digitalization areas. However, now digitalization managers are members of the board at a few institutions only, and changes in this regard could further enhance digitalization efforts to increase the competitiveness
of the banking sector

Please, find the electronic document attached and linked below: