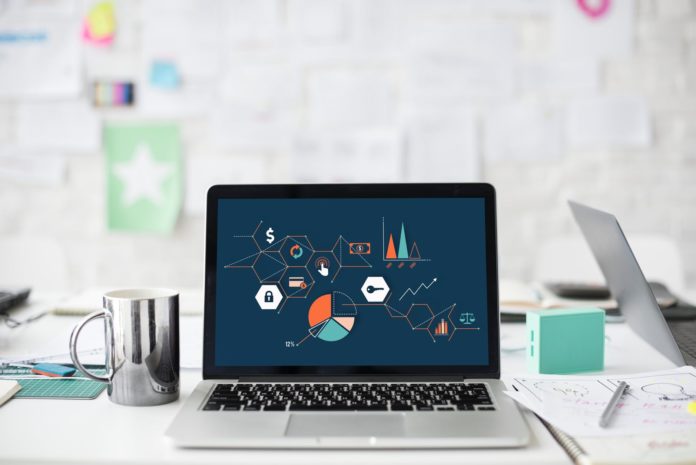 By Sharon Gal Or

Israel is known as the ‘startup nation’ and more and more entrepreneurs there are turning their creativity to the FinTech arena. With the exception of Silicon Valley, Israel is the world’s top incubator for startups — and fintech is increasingly becoming hot in the country.

Some of the world’s most remarkable fintech startups have their roots in Israel, while big-name banks are starting — or trying — to plant flags there. This is not just about the weather, beautiful beaches and humus and shakshuka in Israel.

No, Israel is at the center of profound innovation, and that is why I want to make sure you don’t miss a visit to the Holy Land, to learn and to build on what has already started there: profound fintech idea generation.

1. Startups – They don’t call it Startup Nation for nothing. With a population of just under 9 million, Israel has the highest density of startups per capita in the world—one for every 1,844 citizens (2.5 times the US rate).

According to The Floor, one of the fintech startup hubs in Tel Aviv, at least 430 Israeli fintech companies are developing products for needs ranging from digital banking to fundraising.

To compare, Hong Kong has about 130 fintech companies (source: InvestHK) in a city with over 7.4 million people; so one such entity per 5,700 citizens or roughly one-third the density seen in Israel.

2. Collaboration is a key. Israel attracts the most venture capital per capita of any nation in the world. Israel’s growing strength and reputation in deep data science has lured some US$650 million in venture capital for the fintech sector.

Major international banks including Barclays and Citigroup, as well as Visa Europe, have established permanent innovation centers in Israel, Other leading tech giants, mainly from Europe and the US, names such as Cisco, Microsoft, Google, Apple, IBM, Oracle, SAP, Facebook and eBay, all maintain innovation centers in Israel, Chinese giants such as Alibaba are not far behind.

3. Cyber-security is perhaps the greatest strength of Israeli fintech, stemming in part from skills learned in the elite military Unit 8200, which focuses on intelligence-gathering and cryptography. Leading security firms with Israeli roots include Check Point, NICE Systems, and CyberArk.

Check out the Cybertech Conference happening this week in Tel Aviv, Israel.

Israeli startups focus on niche solutions and underserved need areas. For instance, GetmeIns offers a fraud detection and prediction service for insurance companies using military grade intelligence. Fraudulent claims continue to be a problem for the insurance space amounting to US$80 billion a year. Instead of competing with established insurance companies, GetmeIns offers a solution to a widespread industry problem.

In Hong Kong the driver is probably ASTRI collaborations with TransUnion to build digital identity, and Thompson Reuters on market data collaboration.

4. Israel Fintech covers all of the aspects of the growing demand for better payments system and security solutions, whereas Ben Gurion University in Be’er Sheva leads the world in cybersecurity expertise.

In Hong Kong ASTRI is taking the lead in applying technologies as supported by the eight Hong Kong universities with four of them in the world top 100.

In Hong Kong TNG Wallet stands out on its way to become an unicorn with its successful penetration to the South East Market. Octopus, once a fintech, is playing catchup as the incumbent leader in Hong Kong.

6. Insurtech is also on the rise. Last year, startups GetmeIns and Seegnature shared the top prize in JVP’s insurtech competition. The competition shows that investors see much potential in the segment.

Surprisingly insurance is not a fore-runner in the HK Fintech world, led by wealthtech, payment and even blockchain/bitcoin. Welab from Hong Kong is already a unicorn in the China lending space.

7. A testing ground for early adoption – Israel leads the world in early fintech adoption according to a Bloomberg Capital report. The country also boasts of a large young population and the younger generations have proven to be more open in trying out new digital services. As a small country, its size is another reason why it is a great testing ground for emerging technologies.

Israel has a number of other advantages in developing fintech startups, there is extraordinarily high mobile engagement among Israelis; big-data skills learned in Israel’s elite army intelligence units, like the 8200 unit, are known for cultivating star entrepreneurs.

Wave, a company that digitizes shipping and trade documents such as bills of lading using blockchain, together with Barclays executed the first blockchain trade finance transaction.

In Hong Kong, the first blockchain is on a mortgage application initiated by Bank of China to share mortgage valuation information among banks with smart contract implemented with related service providers.

9. Global reach – A limited domestic market hasn’t hampered the growth of Israel’s tech companies. This has even prompted ventures to look outward, targeting the more lucrative markets of the US, Europe, and Asia-Pacific for their services. Cross-border business has even become the route to success for a number of Israeli companies.

Hong Kong’s best bet in the near term is the Southeast Asia market in competition with Singapore. Its position in China financial market will depend on the financial deregulation expected to happen only gradually.

10. Favorable factors – Despite the increased competition in the fintech space, Israel ventures continue to find ways to offer unique propositions and tap into underserved verticals. The exposure of the country’s entrepreneurs to culture of innovation and the demands of military service translates well to business pursuits. Add this to Israeli’s financial savvy and gumption and it’s not hard to see why ventures are poised for success in such segments. This convergence of factors allows Israel to be the promised land of fintech.

Hong Kong is recognized as one of the top global financial centers. Hong Kong’s open markets, legal environment, transparent and internationally-recognised regulatory system, and a pool of highly-trained and tri-lingual professionals are unmatched anywhere in the world.

To sum up, I believe that soon enough we will see more and more collaborations happening between Israel and Hong Kong – as the pair forge a closer relationship, step up fintech and R&D cooperation, learn from each other and set a testing ground for China financial market.

For example, cooperation between the two in the Insurance tech and wealth management tech can become a key step towards developing Hong Kong into an offshore wealth management center for China, and at the same time enhancing the growing relationship between Israel and the Far East, via Hong Kong.