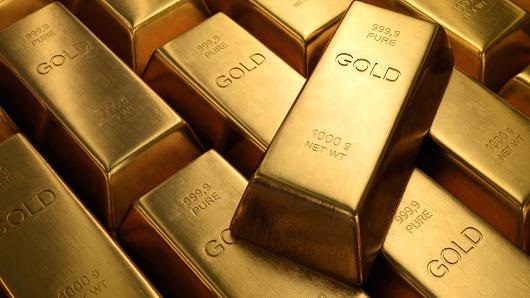 July 29, 2019, Boulder, CO – Glint Pay Inc. (Glint), a subsidiary of the U.K.-based fintech company that makes gold an alternative global currency by enabling its clients to buy, sell, save and spend their physical gold instantly through the Glint Debit Mastercard and Glint App, today announces the launch of its products in the U.S. and the selection of Boulder, CO as its U.S. headquarters. To date, Glint has more than 50,000 app downloads, 10’s of thousands of registered users and more than USD $50 million in transacted volume.

The U.S. boasts a $7.6 trillion annual gold investment market[1] in gold bars and coins that has been locked in vaults and unable to be used as money until now.  Gold has historically been a better store of value than any government created currency, which typically erodes over time. Since 1970, the U.S. dollar has lost 86% of its purchasing power due to inflation[2], whereas over the same period if you had held your wealth in gold, your purchasing power would have risen 505% (inflation adjusted). In 1970, a cheeseburger would have cost you $0.55 cents in the US.

“Our mission is to bring a reliable gold currency to the fingertips of everyone in the world,”

said Jason Cozens, Founder and CEO of Glint.  “We are excited to introduce Glint to the U.S. market and continue our steady growth towards democratizing gold. Welcome to money’s new standard.”

As a fintech company, Glint is at the cutting edge of finance, enabling its customers to stay ahead of the fast-moving world of currency depreciation and exchange. “Gold has a crucial historic role as money, and we see it defining a future whereby people can take control over their own income streams and not leave them to the mercies of banks,” says Cozens. “As the world inexorably moves to being cashless, Glint provides the perfect future-proofed solution to 24/7 globalized living,” adds Cozens.

Glint’s U.S. office has a team of six people leading Operations, Compliance, Customer Service, Sales and Marketing. “We decided on Boulder, CO for our U.S. headquarters due to the state’s rich history in gold mining, vibrant culture and pristine natural surroundings,” said Cozens.  “Boulder has also become a leading location for technology innovation, so the local talent pool will help us achieve our growth goals.”

Glint was founded in the U.K. in 2015 and launched its app in Europe in February 2018. It is the world’s first multi-currency payments solution that provides instantaneous ownership of physically allocated gold and the ability to use it as money digitally through an app and debit Mastercard. Physically allocated gold belongs outright to its owner, as opposed to unallocated gold or an ETF, which are still owned by the institutions that distribute them. Glint’s transactional gold currency offers users a more reliable form of money, shielding them from the destructive effects of inflation and protecting them from the systemic risk of future global financial crises. At the U.S. launch, Glint will enable you to save in, exchange between and spend from dollar and gold wallets. And, in time, it will bring foreign currency wallets (already available in Europe), giving the ability to send gold and currencies to anyone with a smartphone as easily and instantly as you might send a text message, and at low to no cost, as well as paying bills.

Fees are transparent and simple with a small 0.5% fee when buying or selling gold or spending in foreign currencies. There are no hidden fees, because Glint uses the real inter-bank exchange rate when spending in 150 currencies around the word. There is no fee when making a USD or gold-based purchase in the USA using the Glint Debit Mastercard.

Clay Wilkes, CEO of Galileo, which is powering Glint’s integration with Mastercard in the U.S., said, “We welcome Glint’s innovation in the U.S. market, giving consumers the choice to use gold—rather than dollars—to support everyday financial activities like buying a cup of coffee, paying bills or even getting cash from an ATM. Our robust APIs provide the flexibility for Glint to make gold-based transacting in the U.S. as simple and convenient as using a debit card. Glint identified an untapped opportunity and we’re delighted to work together to deliver a scalable solution that leverages the Mastercard payments network.”

Mr. Cozens has more than 20-years’ experience within the eCommerce technology and digital marketing sectors.  Mr. Cozens is Chief Executive Officer and Founder of Glint.  In this role, he is responsible for shaping the company’s strategy and overseeing the Glint technology platform.  Prior to founding Glint, Mr. Cozens was the Co-founder of GoldMadeSimple.com, a website he co-created in 2009 to provide customers with a fast and easy way to purchase physical gold bullion bars and coins.  Before GoldMadeSimple.com, he helped to found Bite Digital Ltd., a 360° digital marketing and ecommerce development agency.  Prior to that, he was the Director of Online Capital at DISC (later sold to Bartercard PLC) where he helped evolve their online group discount retail channel by increasing sales and efficiency through the introduction of technologies, marketing and integrated supply chain processes.  Before that, Mr. Cozens was the Founder & CEO of Visuality Ltd., a digital agency that produced pre-build virtual reality visualisations of projects such as the Sydney Olympic and Wembley Stadiums and built and maintained the first eCommerce platforms for some of Europe’s high street retailers and manufacturers.  Mr. Cozens received his BA in Architecture from Manchester Metropolitan University with distinction commendation in computing.

Glint – Money’s New Standard – is a FinTech that uniquely enables physical gold to be used as money digitally, along with offering a multi-currency account and debit card. Its vision is a world where everyone has an equal opportunity to prosper, made possible by providing everyone with a reliable form of money, gold. Glint, in partnership with Mastercard, enables its clients to buy, save, exchange and spend physical gold, and other currencies, anywhere in the world Mastercard is accepted. Glint’s clients know their gold is secured in a Brinks Vault in Switzerland and insured by Lloyds of London. Gold, and all currencies purchased via Glint, are in safeguarded and segregated accounts. Already available in Europe, Glint launched in the UK in February 2018 and is set to launch in Canada, Japan, Scandinavia, and the USA in 2019.

The Company has tens of thousands of clients to date. Gold is the world’s alternative to government-controlled fiat currencies and has been a secure and globally accepted form of payment since 4,000 BC. Glint is a tangible alternative to cryptocurrencies, because it provides ownership of physical gold and permits instant gold-based purchases. Glint interacts with the global banking system and is a form of instantaneous payment for goods and services.