Home Fintech How Are Cryptocurrencies Performing in Europe Compared to the US?
Facebook
Twitter
Google+
WhatsApp
Linkedin 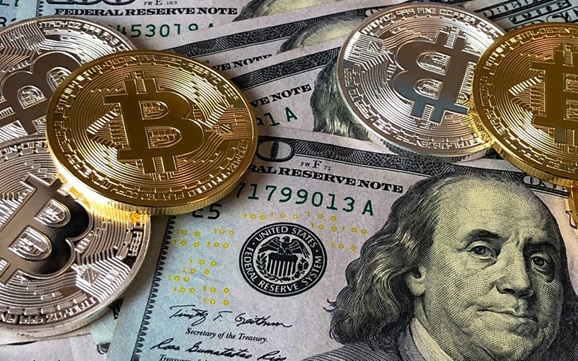 It has been an interesting year for cryptocurrencies the world over. Popular e-currencies such as Litecoin have seen historic price drops in the light of the global economic crisis, while others such as Ethereum have seen their value relative to fiat currencies such as the US Dollar and the Euro rebound to near-historic highs.

In addition, bitcoin underwent a historic ‘halving’ this spring for the first time in four years, causing a speculative frenzy and panicked activity on both sides of the Atlantic. When looking at the crypto market more broadly, it pays to take stock of developments in different regions.

Europe and the US are by far the two largest markets for exchange activities, with most of the world’s stock of bitcoin and others being held in these regions. Let’s take a closer look at how major cryptocurrencies are performing in the US, versus how they are performing in Europe.

The USD/EUR is by far the most frequently traded currency pair on Earth, with forex trading platforms such as IG offering real-time tracking and analysis of how the pair’s value is fluctuating. The same logic applies to cryptocurrencies. When looking at how bitcoin (BTC) is performing against the USD, several things stand out.

For one, BTC’s value to the USD has already risen to levels last seen before the economic meltdown in March. This has partly been driven by an intense interest in bitcoin as an investment among US investors, with major Wall Street hedge funds such as Tudor Bvi pouring billions into it over the past few weeks.

In addition, reports have suggested that small-time US bitcoin buyers have flocked to e-currencies at unprecedented levels as the result of the recent economic uncertainty, with bitcoin being seen as a promising asset.

When one looks at European crypto markets, a different picture emerges. The price of BTC/EUR has rebounded since the market crash of the spring but at a more sluggish rate. The same phenomena can be seen with popular currencies such as Litecoin and Ethereum.

There are a few potential explanations for this. For one, Europeans tend to be less eager to invest more generally than their American counterparts, which might suggest that there has simply been a lower demand in Europe for coins.

Another plausible explanation that has been floated by various crypto experts is that the cost of mining bitcoins in the EU is much more prohibitive, due to higher energy costs and stricter regulations.

That’s not to say that the EU is warier of crypto than the US; just last fall, the EU set up a €400 million fund to boost crypto and blockchain capabilities across the bloc. However, it is clear that bitcoin’s performance in the EU has been more sluggish than in the US, albeit only slightly.

Cryptocurrency developments on either side of the Atlantic are vital to keep track of in the coming months, given the outsized importance of these regions to the global market. Watch this space to see what happens.