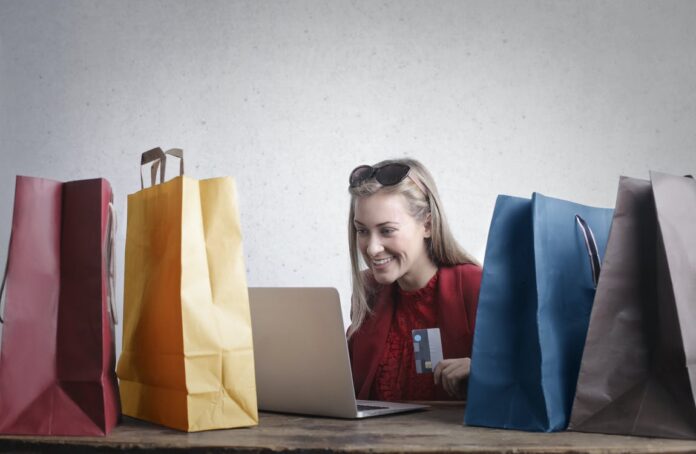 ‘Tis the season to go shopping. Of course, the unrelenting COVID-19 pandemic means this holiday season is going to be unlike any before.

Already, holiday spending looks noticeably different in 2020: trends show e-commerce, debit card usage, and contactless payments thriving in a longer than usual holiday shopping season. In response, issuers must rethink how they engage with their consumers if they want to gain top-of-wallet status.

To learn more about what this holiday shopping season will look like and how banks can propel themselves to top-of-wallet, PaymentsJournal spoke with Chris Harris, Head of Marketing at Ondot Systems, and Raymond Pucci, Director of Merchant Services at Mercator Advisory Group.

The holiday shopping season will be longer than normal this year. In fact, it’s already begun.

“Traditionally, the holiday shopping season is between Thanksgiving, kicked off by Black Friday, and Christmas. But with the pandemic, we’re seeing an elongated season that was kicked off by Amazon’s Prime Day in the early part of October,” noted Pucci. Other major retailers, including Walmart, Target, and Samsung, followed in Amazon’s steps by kick starting holiday promotions earlier than usual and offering their own variations of Prime Day around the same time.

Another trend will be the continued spike in e-commerce. “In the past few years, we’ve seen e-commerce increasing year over year in the low teens, but this year there are estimates of 20% to 30% growth or even higher,” said Pucci. Similarly, mobile purchase transactions are also growing at a higher rate than previous years. Both e-commerce and mobile transaction growth were largely driven by the stay-at-home lifestyle caused by COVID-19.

Harris agreed with Pucci’s observations, commenting that he has seen estimates as high as 40% for year-over-year e-commerce growth. “If you look at the overall trends from the pandemic, there was about a decade’s worth of growth in online spending,” added Harris. “In just the first few months of the pandemic it went from 15% in total spend to 25% in total spend.” Before the pandemic, e-commerce was increasing at about 1% of total spend per year.

For issuing banks, this “means that if you’re not capturing online, you’re not part of the game,” explained Harris. It is crucial that issuers make sure their cards are embedded in digital wallets as the card on file for e-commerce transactions.

Shoppers are choosing debit over credit

It’s not just how consumers are shopping that’s changing; how they’re paying is shifting, too. Most notably, debit card spending has exceeded credit card spending. This makes sense during the pandemic, as consumers are less likely to tap into their credit lines during economic recessions.

One third of cardholders will prefer to use their debit card online this holiday season. While this isn’t a majority, it is still significant given that consumers have been historically wary about using their debit cards online.

But even though budgets have tightened for many households, consumers remain committed to preserving their holiday spending. A survey conducted by Ondot Systems found that consumers are planning on spending just about as much as last year on both gifts and holiday related non-gifts. “I think that suggests, particularly as they’re not traveling, that they want to put some of that money toward other holiday things to make it seem like a special year,” remarked Harris.

According to Ondot, rewards, convenience, and transparency are the top three factors in determining what card consumers use when spending online.

That doesn’t mean smaller banks need to attempt to offer the same level of rewards as megabanks that have significantly more resources. Rather, they should offer somewhat compelling and competitive rewards paired with a differentiated consumer experience. Convenience and transparency are two ways that smaller banks can differentiate themselves.

To be top-of-wallet, convenience is key. Banks need to make sure their cards can be used in digital wallets, are compatible with being stored on file in merchant apps like Amazon, Uber, and DoorDash, and can be used to send and receive P2P funds through apps like Paypal and Venmo.

To improve transparency, banks can assist consumers in understanding where their card is being used and for what. “This is where something like what Ondot offers can show [consumers] where their subscriptions are, where their card is on file, their purchases, and the merchants using their card,” said Harris.

“It’s all about engagement. Whether it’s a merchant or a financial institution, when customers are engaged, that gets their attention and retains their business,” added Pucci. “The easier it is for them to be able to use a card on their mobile device, the more they’re going to be coming back to that [card] and keeping it at top-of-wallet.”

The main concerns about using a card to shop online differ between credit and debit cards. When using debit online, consumers are worried about holiday card fraud. By highlighting zero fraud liability and other policies pertaining to funds availability, banks can alleviate customer concerns surrounding the impact of fraudulent activity.

On the credit side, consumers worry about accidentally overspending and facing hefty bills as a result. By offering features like transaction notifications, spending limit alerts, and budgeting tools, banks can make their customers feel more in control when using their credit cards this holiday season. “Keeping customers informed on a regular basis about their transactions makes them feel confident and secure in using a card,” said Pucci.

It’s also important to foster a comfortable in-person shopping experience, especially given that even with record levels of e-commerce, an estimated 60% of holiday shopping will be conducted in-person this year. Enabling contactless gives consumers a way to pay more safely and reduce contact with potentially virus-contaminated surfaces. “Issuers that can enable [contactless] position themselves well to be top-of-wallet” noted Harris.

The holidays have magnified the shift toward e-commerce, debit, and contactless, but these trends won’t disappear come the New Year. In fact, some of these new behaviors will stick even after the pandemic eventually ends.

As a result, it is important for banks to take action to position themselves as a top-of-wallet choice for customers. “If you don’t enable these capabilities, you’re at a disadvantage for growth in the near future and potentially even longer,” concluded Harris.