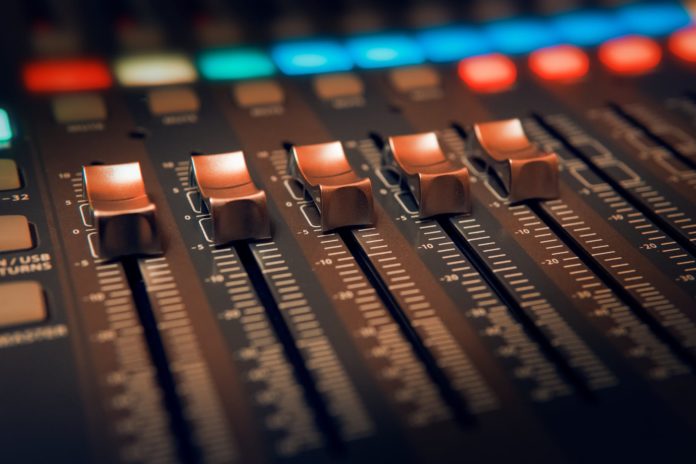 Two years into China’s crackdowns on crypto fraud and tightening regulations, more than 35,000 “blockchain” companies are in business on the mainland.

Scores of new blockchain companies are popping up daily. In fact, even the coronavirus hasn’t been able to keep them down.

In the first three months of 2020, as Covid-19 shut down factories, office parks and entire cities across the nation, 2,383 brand-new “blockchain” companies formed in China, for a total of 35,010 companies as of April 1, according to Tianyancha, a business data company.

Blockchain’s momentum in China appears unceasing even in the face of the current global pandemic and government lockdowns. But is it really all that it seems?

The endorsement that added fuel to the fire

Towards the end of last year, blockchain became a hot topic in China. In a meeting with senior cadres in October 2019, President Xi Jinping praised blockchain as breakthrough technology and urged a national strategy to foster more research, development and investments to accelerate this “core” technology.

Xi’s hearty endorsement of blockchain fueled enthusiasm over this technology that on the mainland, was already catching fire.

The number of “blockchain” companies in China have been surging in the past five years. In 2019, there were about 32,600 Chinese companies with “blockchain” as part of their corporate name or describe their major business as being blockchain-related, according to Tianyacha. That’s a 13-fold increase since 2015.

The number of blockchain-related companies in China first rose sharply in 2017, when newly registered companies claiming this technology as a major part of their business more than tripled compared to the year before.

In 2017, more than 20 global financial institutions and technology companies established the Enterprise Ethereum Alliance, the world’s largest open-source blockchain initiative, to build and promote best practices in this emerging technology. The founding members included global business behemoths JPMorgan Chase, the Chicago Board of Trade Group, Microsoft, Intel and Accenture as well as companies with deep China ties, such as AMIS and Fubon Financial. EEA membership also grew that year to include more Chinese companies, including ConsenLabs and iPaynow.

Also in 2017, Chinese government officials, through public statements, shined a light on this emerging technology for the first time. Chinese Premier Li Keqiang mentioned “blockchain” at the China International Big Data Industry Expo at Guiyang. Many high-level officials, including Zhang Wang, Vice Director of China’s Office of Central Cyberspace Affairs Commission (CAC), also made public statements at the time that they were researching blockchain.

Nearly 13,500 new “blockchain” companies sprouted up in 2018, more than triple the roughly 3,800 new registrations from the year before. Around the same time, the market for cryptocurrency in China also boomed, as more and more businesses as well as investors jumped into alternative digital currencies.

Concerned about scams as well as a loss of regulatory control, China effectively outlawed cryptocurrency trading in 2017. By mid-2018, 173 platforms on the mainland had closed down. In 2018, China began cracking down on bitcoin mines in earnest. Local and central governments also put tighter controls on registering and regulating blockchain companies.

Perhaps it is not surprising that the blockchain companies that opened in 2018 also proved to be the ones more likely to close. More than 2,000 blockchain-related firms registered in 2018 have since disappeared, perhaps forced out of business by the government’s hard-line stance and increasing legal and regulatory pressures. In fact, most of the “blockchain” companies that ended up shuttering — about 64% of the total number of closures — were registered in 2018, according to Tianyancha.

But even while the Chinese government tried to weed out bad actors, the nation’s blockchain scene kept growing, and 2019 ended with about 11,600 more blockchain companies compared to the year before. Still, the rate of increase in 2019 was slower than the year before, which suggests that the government’s tightening controls over “blockchain” and forcing out bad companies may be bearing fruit.

Concentration of blockchain companies in Guangdong

The self-described blockchain companies are not evenly distributed throughout the mainland. More than 20,000 are based in Guangdong province, or about 58% of the total. Of those, 5,019 companies are clustered in Shenzhen, including Tencent’s WeBank, Ping An Insurance group’s OneConnect Financial Technology and also Xunlei’s ThunderChain.

Zhejiang is next in concentration — but represents only 6% of China’s blockchain companies. Another big name in the Tianyancha database is Ant Financial, which is part of the Alibaba conglomerate in Hangzhou, a city in the Zhejiang province.

The province, famous for its ports and being the departure and entry points for the Maritime Silk Road, has historically been home to a community of entrepreneurs active in international trade and business.

In modern China, Guangdong — because of its proximity to Hong Kong — also received special treatment to foster growth. Under paramount leader Deng Xiaoping’s reforms, Shenzhen in 1980 was designated as the nation’s first ever special economic zone, to encourage more migrants and businesses to move to the city and grow in numbers. Shortly after, the central government also gave the designation to the southern cities of Shantou and Zhuhai — which made Guangdong home to three out China’s five special economic zones.

Guangdong has published more blockchain-related policies than any other province in China, according to 01 Think Tank, an organization based in Beijing. For example, in August 2018, the Guangdong government issued a statement that said: “under the legitimate compliance, Guangdong should accelerate the research and application of blockchain and big data technology in the financial field and put forward relevant policies and measures to support the development of blockchain and big data technology.”

In March 2019, the Huangpu District of Guangzhou issued a “blockchain 10 points policy.” The policy established a 1 billion yuan blockchain industry fund to provide services, such as angel investment, for blockchain enterprises. It additionally promised that workers with elite blockchain talents would be eligible for housing subsidies.

Guangdong’s blockchain scene may also have benefited from a so-called network effect. Founders and workers from existing blockchain companies seeded, cross-fertilized and spawned more companies, attracting more talent to the region. Indeed, WeBank launched a Financial Blockchain Shenzhen Consortium with more than 20 institutions in 2016. By the end of 2019, the alliance had grown into tens of thousands of members and more than 500 participating companies.

Given Guangdong’s history of business activity and strong government support at every level, it may come as no surprise that China’s three largest blockchain startups are located in the province.

As is the case for many private companies in China, there is little public information about Yukutong, but Tianyancha identifies the company as belonging to the “retail merchandise” category. The company has an official WeChat subscription account, linked to the home page of Yukutong’s online shopping mall. The link, however, is not working. Also, Yukutong’s WeChat account only has had two posts since October 3, 2019, promoting Yukutong’s live-streaming platform, but no other updates so far.

Are all these “blockchain” companies for real?

Analysts say the tiniest startups may be shell companies with blockchain in their name for marketing purposes, waiting to be purchased and transferred to another company at a higher price.

The practice is a gray market that might possibly be illegal, analysts say, but it is still happening. Some people register companies not to do business, but to create a paper corporation related to blockchain just to sell the company name and legal structure at a high price to others who do not want to spend time or energy on company registration. It is a complicated process to register companies in China, and even more complicated to register a “blockchain” company according to government standards and for the company structure to meet required qualifications.

According to an analysis by PAData, there are many companies that use the word “blockchain” to describe their major business but do not in fact conduct blockchain-related business.

Perhaps, like “blockchain” cell phones, otherwise ho-hum companies are adding a hot new label to their corporate names as a mere marketing ploy. Some of it could also be aspirational. Strivers that already see themselves as being players in this exciting emerging technology world, but are not quite there yet.

01 Think Tank used statistical methods, such as stochastic sampling, to scrutinize 30,000 blockchain companies by their business status, product information and official website with other data, like blockchain patents they hold and clusters they have joined to. Its analysis found that only around 1,000 companies or so actually carry out blockchain business.

“The reality is that… 96% of the more than 30,000 blockchain companies in China are not actually operating” with blockchain as their core technology, said Bai Liang, Vice Director of Chinese Institute of Digital Asset, who gave a speech at Annual Meeting on Blockchain and Digital Assets in Beijing in December 2019.

The actual total could be even smaller.

According to the open information from China’s Office of Central Cyberspace Affairs Commission (CAC), there are only 506 companies that have a blockchain service filing number — which means they meet the authority’s standards for executing  blockchain information services, defined as “Internet websites and application programs based on blockchain technologies or systems.”

So while China continues to enforce cryptocurrency and mining bans and subject the industry to more regulations than ever, it still has a ways to go on the fictitious use of “blockchain” in company business registrations.

For investors in the mainland’s giddy blockchain scene, this should be a sobering reminder. If less than 1.5% of the so-called “blockchain” registered companies currently in business in China are actually meeting official standards for what blockchain means, there may still be a lot of weeding out to do.