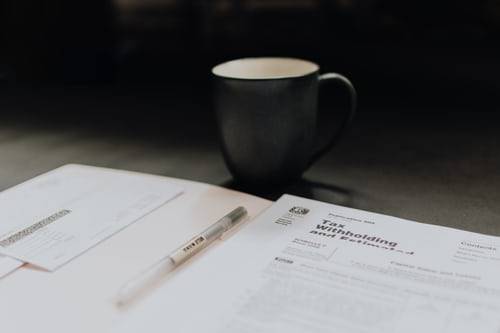 As global trade becomes more interdependent, countries have increasingly used corporate tax rates as a way to attract international business and support domestic economic activity.
However, given the numerous ways that different countries apply corporate tax, it can be
difficult to compare nations at a glance.

Data for each country’s corporate tax rates and any special tax requirements that affect the
amount of taxes owed by small companies came from KPMG, the Tax Foundation, Trading
Economics, PricewaterhouseCoopers, Deloitte, and various government websites.

To better understand the costs of doing business around the world, OnDeck applied each
country’s tax laws to a model company with revenue of $1 million, profit of $100,000 a year, five to nine employees, is owned by a resident of the country in question, and earns a
majority of its revenue from business operations within the country in question. The study doesn’t include companies in the oil, gas, and mining sectors or publicly traded
companies.

Key Findings
● Tax rates are lowest in the Middle East and Europe — at 17.9% and 16.2%,
respectively.
● They are highest in Africa and South America –– with average rates of 27.6% and
26.1%, respectively.
● The highest effective tax rate is in Suriname (36.0%).
● A handful of small nations have established themselves as tax havens with
effectively zero corporate tax rates — Bahamas, Bahrain, Monaco, Nauru, United
Arab Emirates, Vanuatu, and Vatican City.

How Small Businesses Are Taxed in Europe
On average, small businesses in Europe face a corporate tax rate of 17.9%, the lowest of any region other than the Middle East & Central Asia. Europe also excels in other measures of ease of doing business. It takes an average of 12.7 days to start a new business, and start-up costs are just 3.2% of GNI per capita — each the smallest such figures of any region.
● Georgia’s 15% general corporate income tax rate is one of the lowest in the world. It
also takes an average of just one day to start a new business, the second shortest
duration of any country.
● Companies in Monaco who earn at least 75% of their revenue within the country are
exempt from corporate tax.
● The 12.5% corporate tax rate in Cyprus is among the lowest in the world. The
country also has the third most new business registrations per capita of any country.
● Companies are subject to a flat corporate income tax rate of 21% in mainland
Portugal, while companies in the archipelagos of Madeira or the Azores are subject
to a corporate income tax rate of 14.7%.
● While Spain levies a general corporate income tax rate of 25%, newly created
companies are taxed at 15% for the first period in which they report a profit, as well
as the following tax period.

How Small Businesses Are Taxed in North America
Corporate taxes vary in North America more than in nearly any other region. While the
Bahamas is regarded as a tax haven, the neighboring islands of Saint Kitts and Nevis, Trinidad and Tobago, Saint Vincent and the Grenadines, and Saint Lucia are home to some of the highest corporate tax rates in the world.
● While Belize was once considered a tax haven, recent changes to the tax regime have
given the country corporate tax rates similar to the rest of the world.
● In the United States companies are subject to a 21% federal corporate income tax
rate, as well as state corporate taxes — which range from 0% in Washington, Nevada,
Wyoming, South Dakota, Texas, and Ohio to 11.5% in New Jersey.
● Canada levies a net federal tax rate of 15% on corporations, in addition to the
corporate taxes levied by the provinces and territories, which range from 8% in
Alberta to 16% in Prince Edward Island.
● While corporate taxes in Canada are close to the global average, it takes an average
of just 1.5 days to start a new business in the country — the third shortest period of
any nation.

How Small Businesses Are Taxed in Asia
In the Middle East & Central Asia, the average corporate tax rate is just 16.2% — the lower
of any world region. But while countries like Bahrain, UAE, Turkmenistan, and Qatar have
effective tax rates ranging from 10% to 0%, they do levy higher taxes on oil and gas
companies. Government revenues from oil and gas operations help keep corporate taxes low for other sectors in these oil-rich countries.
● While there are no taxes in Bahrain on income, sales, capital gains, or estates, on
limited occasions a 46% tax rate may be levied on the net profits of oil and gas
companies.
● The UAE has designated “free zones” where companies are exempt from corporate
taxes for a period of 15 to 50 years.
● Qatar levies a 10% general corporate tax rate and a rate of at least 35% on oil
companies.