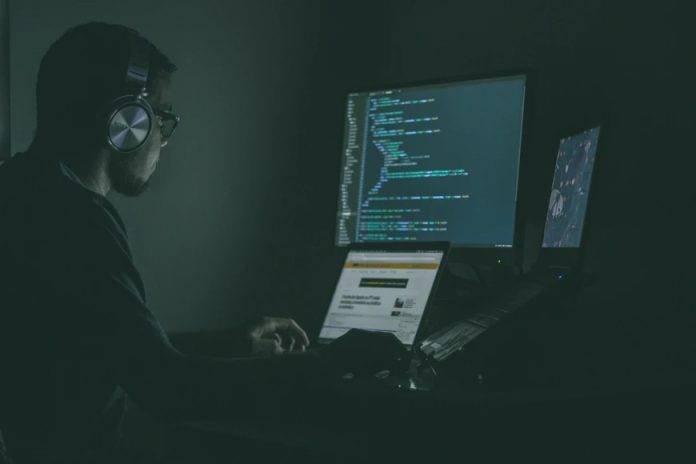 Typically, Know Your Business (KYB) is an extension of Know Your Customer (KYC). It’s a process where companies identify their customers by verifying their identities. The procedure fights money laundering, terrorist financing, and tax crimes. KYB shares the same features as KYC, but it is used for business verification.

According to Ciulde, iDenfy’s service is designed to detect illegitimate companies and avoid damage. As the company’s CEO states, even though there are similar tools in the market, iDenfy’s Business Verification services stand out due to reliability, effectiveness rate, and compatibility. The automated software instantly recognizes illicit companies and allows simpler customer onboarding with minimal effort. “The goal was to turn the complex business onboarding process to a user-friendly platform, similar to our first-ever product – four-step person onboarding solution,” – adds Ciulde.

iDenfy’s team also conducted internal research to understand the market better and adjust its Business Verification platform to the customers’ needs. By analyzing different companies, iDenfy noticed that the number of fraudulent businesses is rising: “There were multiple cases of fake, ‘virtual’ registrations and activity addresses. One virtual office company in England alone had registered almost 70,000 companies allegedly operating in the same office with various fictitious companies.” – informs iDenfy’s CEO.

iDenfy’s KYB solution solves this problem by detecting the company’s address and showing office interior and exterior images from Street View, the Internet, satellite, and other sources to identify and evaluate the potential risks behind the company that’s being screened. 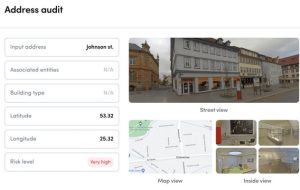 According to the images, iDenfy distinguishes whether it is a dormitory, a residential house, a commercial premise, or a luxury office. The new Business Verification services even determine the company’s office rental price. “If the company’s indicated monthly expenses are worth hundreds of thousands, but the monthly rent for the office is a few hundred dollars, that is immediately suspicious.” – tells the CEO, describing that this feature is vital to evaluate the validity of the business address.

Many industries, especially the financial sector, must conduct business verifications as a mandatory requirement. For example, companies that are regulated in the Business-to-Business (B2B) sector must carry out due diligence to scan their partners. This way, businesses ensure security guarantees; otherwise, breaches of financial sanctions and regulations result in damaged reputations or criminal proceedings.

One of the biggest challenges for running a business remains regulatory burdens. While some argue that compliance services are costly, the responsibility to comply with legal and regulatory requirements affects every company – from small businesses to large-scale organizations.

Despite that, covering fines for the lack of KYC or KYB compliance is more damaging. A memorable illustration of this scenario is the Western Union case where, according to the Federal Trade Commission (FTC), the business ignored fraudulent payments that were made through its transfer system, harming millions of account holders. The fraud schemes resulted in refunds worth $153 million.

iDenfy’s Chief Business Development Officer, Darius Sulte describes the Business Verification platform’s biggest benefit is that it’s not a ‘one-time’ risk assessment that happens only during customer onboarding. Collecting and monitoring the company’s data in real-time helps identify the risks of money laundering from the business’ relationship start to finish.

“Our mission was to build a platform that would change the old, expensive business verification methods in the market. Improving operational efficiency while achieving Anti-Money Laundering compliance is a priority for every regulated company. All this now can be achieved by avoiding illicit companies in the fastest and most inexpensive way. We believe that our new automated platform revolutionizes the Business Verification landscape.” – said Domantas Ciulde, the CEO of iDenfy.