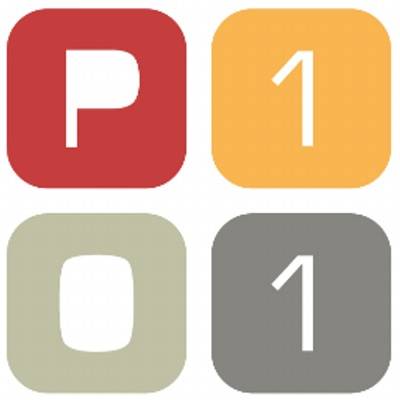 Flexibility, short waiting times, personalization: essential keywords in the FinTech world, very rarely incarnated by traditional banks. The sector worked at its best during the Covid-19 pandemic as digital lenders are best-placed to interpret them, gaining a huge competitive advantage.

BorsadelCredito.it, leader and pioneer of the business lending sector in Italy, is an example: since the beginning of the pandemic, it has doubled its monthly output. At the end of the year, the company – born in 2013 – is much more financially-solid than several international competitors. Since 2015 BorsadelCredito.it has been supported by Italy’s Venture Capital fund P101. Andrea Di Camillo, Founder e CEO of P101, tells Fintech News why digital lending will become an increasingly big worry for traditional banks as it’s more effective in helping companies. 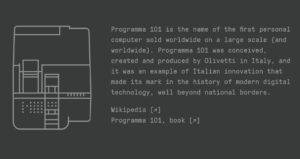 Fintech News – Which companies within the FinTech world are you looking at?

Andrea Di Camillo BorsadelCredito.it has been our main investment in the sector. We met 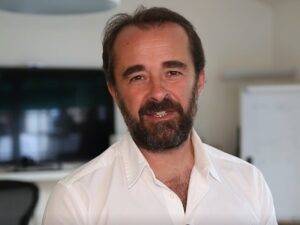 the company in a moment when the FinTech sector didn’t really have a big market in Italy. We saw an interesting technology and studied the potential of the sector as well as the added value of what the company had to offer specifically. We decided to bet on a sector we believe should be looked at closely.

Fintech News – What kind of actions has BorsadelCredito.it put into place to face the economic crisis caused by the pandemic?

Andrea Di Camillo – BorsadelCredito.it launched a series of products, very quick to be activated, to cover companies’ urgent expenses in the lockdown. It also has a financing package for SMEs ready to be relaunched and a third product aimed at supplying liquidity to construction enterprises.

Fintech News – Which kind of strategies did the company put in place to design the single products?

Andrea Di Camillo – The creative process is Silicon Valley’s “fail fast” adapted to the Italian reality: a unique case, never put in practice in our country, which has become a “routine” for this FinTech gem. In the past years, the same method has been used to create different products for specific niches, for example the Italian pharmaceutical sector, based on a network of wholesalers and retailers who need liquidity and are almost forgotten by traditional banks. Another product was conceived for Amazon sellers and to Supply Chain Finance. All ways to gain a good market spots left blank by “traditional” solutions, which are ineffective or non-existing. The winning scheme is to be competitive for all the actors involved and shaping real financing opportunities for companies let down by traditional institutes.

Fintech News – What are BorsadelCredito.it’s strengths compared with traditional banks?

Andrea Di Camillo – The company has a proprietary technology, which is particularly flexible to be adapted to different needs, without authorization processes. This makes it the Italian Kabbage, in our opinion. In the USA Kabbage has intervened to support banks overwhelmed by an unbelievable volume of requests within the Paycheck Protection Program (PPP), part of the Coronavirus Aid, Relief and Economic Security (CARES) Act (emergency act for SMEs in pain), making available its scoring and anti-money laundering systems. Without it, big corps such as Bank of America, JpMorgan and Wells Fargo would have been forced to limit their services to existing customers. Antiquated technology methods are at the basis of these delays and difficulties in processing requests. The solution comes from the FinTech world.

Fintech News – Do you believe that FinTech will continue to grow and remain under the spotlight for Venture Capitalists?

Andrea Di Camillo – Yes, I do. Since the 2008 financial crisis this has always been the most financed sector and the most rapidly-growing among emerging technologies. This has allowed the sector to be in a strong position when the Covid-19 has made necessary the social distancing. And even if in the first part of the year we saw a substantial – but predictable – slowing (In the first part of the year Venture investors have raised 28 billion euros in fintech deals versus 39 billion euros in the same period in 2019, according to Picthbook Emerging Tech Research), medium-term perspectives remain brilliant. First of all, the sector has not reacted in a uniform way: some segments have improved their performances and others have gone down. If the lower purchasing power has a negative effect on the payment services, the increase of ecommerce favours virtual payment systems; the insurTech can have problems in gathering their premiums but will gain from the development of products that protect against pandemic risks. If on one side lending will suffer because of a possible increase of Npls, it will also benefit because of the different measures in favour of liquidity.

Andrea Di Camillo – I believe that starting from next year there will be two main trends: consumer finance companies (3.6 billion euros in the first part of 2020) and a lively exit activity with operations already announced for the period between April and June for a total 1 billion euros value. On the downside, the biggest obstacle to startups’ growth is the lack of a regulatory push to favour largest partnerships with the incumbents, according to analysis companies. This is a topic that is set to become central, according to another study from Pitchbook: FinTech working with SMEs are in a very challenging context because the lockdown has caused relevant losses in several sectors – from food to travel, just to make two examples. It’s also true that today, the more solid FinTech companies have now the chance to strengthen relations with existing customers and, by expanding the cooperation with the traditional financing institutions, win new customers as soon as the economic recovery will start.