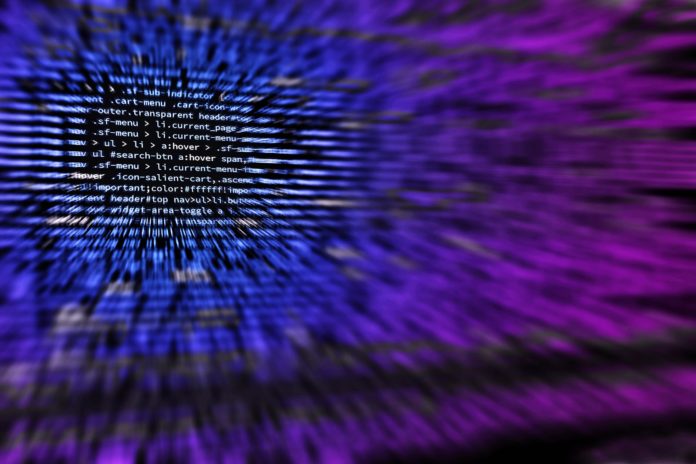 With the advancement of technology, most people would have said, and they did, that the world would be a better place. In many respects, this has come true. However, you can’t always steal the honeypot from under the bear’s nose. With good things, bad ones are bound to appear.

The more technologically adept we are, the more some of us become proficient at using this technology to commit attacks on individuals, companies, and even nations. Cyberwarfare has taken a turn for the rose in recent times. After all, research conducted in 2019 shows that the rate at which cyberattacks grew in numbers was 440%, which is mind-boggling, to say the least.

Among those, 30% of them were successfully identified to come from either Russia or China. Moreover, throughout time, SUA had been the target of cyberwarfare 26.3% of the time. Finally, 27% of all attacks targeting the SUA took place in 2018.

In 2019, the US suffered yet more undue attention from hackers and cyber-terrorists. In July, the company Microsoft issues around 800 warnings to various companies, NGOs, and political campaigns, saying they are the most probable targets of hackers. Moreover, if you’ve heard about the Baltimore attack last year, then you know what I’m talking about.

Where are the attacks coming from?

There’s a hefty list of known countries where most cyberattacks originate from. They are:

Among these, China and Russia take the top spots by far, leaving everyone else in the dust. It might not be anything to brag about but it’s the naked truth.

Keep in mind that these are only the attacks that we know of. Most likely, there are many more that have yet to be pinned down to them.

What were the targets of Russian attacks? 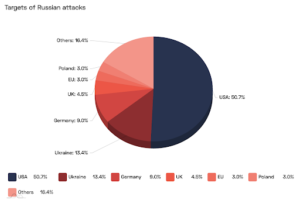 In a period of 10 years, from 2008 to 2018, Russia had committed 75 confirmed attacks on national governments. Check the chart below to see the overall spread of the attacks:

The Russians have a beef with the US, that much is clear from the chart. Half of the time, they’ve directed their attacks on US soil, which is very worrying to say the least. Moreover, by looking at the evolution of Russian-related attacks across time, we’ll notice that it’s an ascending curve.

The future looks anything but hopeful with such data at our disposal.

What did Chinese hackers aim at? 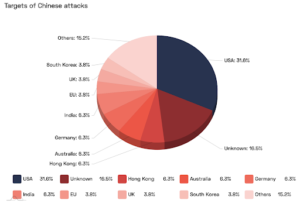 The Chinese take first place on this dreary list, with 4 more attacks than the Russians. Moreover, what’s even more worrisome is that, starting from 2016, Chinese-related attacks have grown in number exponentially, and the curve is going upward still.

The year 2019 showed a continuous progression with no sign of stopping, and this makes China much more dangerous than Russia.

Who are the collateral victims in this deadly game?

Regular people like you and me, who else? Take a look at two of the most recent attacks on US soil, for instance. The one in Baltimore took place in May last year, and it involved a ransomware virus (RobbinHood) that encrypted the city hall’s computers. To retrieve access to them, a ransom of 13 Bitcoins had to be paid, for each affected computer.

The city was crippled for some time, which means basic functionalities were halted, which affected the common people. What’s befuddling, though ironically to be expected, is that this whole ordeal was completely preventable. You see, RobbinHood was a slightly modified version of Eternal Blue, an NSA-manufactured ransomware virus which was stolen, but for which they released a security patch in 2017. But, did the Baltimore municipality update their computers with those patches. Of course not, why would they?

A second attack took place in Texas, where yet another type of ransomware (Nemucod) took 23 agencies hostage, encrypting multiple computer files. Strangely enough, they made no demands at all. Yet again, though, security experts have blamed the victims for their lack of proper security countermeasures.

Should we prepare for a cyber Third World War?

While this might be an unsubstantiated and alarmist claim for now, the trend of cyberwarfare attacks is becoming a very threatening menace. It puts our way of life in danger, and its potential for growth is near-limitless.

To reiterate, there’s been an increase of 440% in worldwide cyberattacks from 2008 to 2018. The graph below best illustrates the trend – 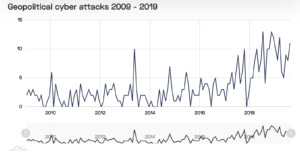 World governments are investing more and more capital on both offense and defense-related cyber tools, tactics, and strategies. It’s a good thing to see because, most of the time, cyberwarfare leaves countless collateral victims in its wake.

If we were to make a prediction based on historical and current data, as well as potential statistics, the world could sink even deeper into a hell of its own making. Cyberwarfare will take care of that!

Looking ahead: cloud security and compliance trends in 2023