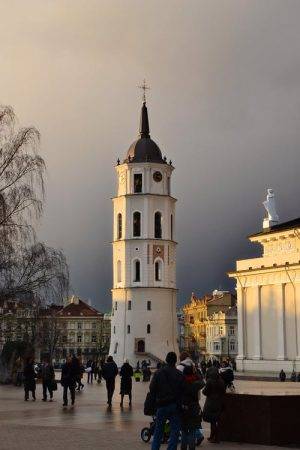 Only those who work consistently achieve the highest goals, and with consistency comes clear results. The Lithuanian fintech sector, which continues to maintain regular growth, is close to this approach. This is a very positive sign for investors who are always looking for more. And what are the highlights of fintech that should attract investors to Lithuania at the moment? I would like to share a few highlights that show the potential of Lithuanian fintech companies to grow fintech unicorns in the near future.

According to the Bank of Lithuania (LB), turnover from licensing activities (unaudited data) of EMIs and PIs increased by 3.5 times in 2021 and amounted to €504 million at the end of the year: 92% of these turnovers were generated by EMIs and 8% by PIs. In addition, at the end of last year, the number of payment transactions between EMIs and PIs amounted to €194.57 billion, which is 3.8 times higher than at the end of 2020.

According to LB data, there were 141 EMIs and PIs in Lithuania at the end of 2021, and as many as 30 new EMI and PI licences are currently under consideration. As a result, the total number of fintech companies at the end of 2021 was 260, and Lithuania remained one of the largest fintech hubs in the EU in terms of the number of licensed companies. In 2021, Lithuania also remained among the top 10 countries in the world in the Global Fintech Ranking.

As the fintech sector grows steadily, so does the number of good professionals, as Lithuania has made strong progress in recent years in developing the professionals needed for fintech. This means that there will be no shortage of talented employees who can contribute to the successful growth of companies and the achievement of their goals.

As the need for specialists grows, higher education institutions are ready to become increasingly involved in their training. For example, in addition to their chosen studies, some higher education institutions in Lithuania offer students a specialised extra-curricular programme to help them develop the competencies needed for fintech. The programme involves students from disciplines such as Applied Mathematics, Software Systems, Information Systems, Information Technologies, Economics, and Finance.

The fact that there is no shortage of promising fintech companies in Lithuania that can be attractive to investors is well demonstrated by the investments already attracted. The largest investment in Lithuania was €43 million. This is a significant figure for such a small country, as, by comparison, investment in the world’s third-largest fintech in the fourth quarter of 2021 was $120 million.

In addition, last year’s first-ever survey of Baltic investors by professional services company EY showed that Lithuania is the most attractive country for investment among the Baltic States. As many as 7 out of 10 (71%) investors said they would invest in expansion or new projects in Lithuania, compared to 69% in Latvia and 64% in Estonia.

The study also carried out a quantitative analysis of foreign direct investment (FDI) projects, revealing that fintech investments accounted for around 20% of all FDI attracted, only behind projects related to IT services and IT activities (around 40%)

Finally, it is the motivation of the Lithuanian fintech industry players themselves that should attract investors to Lithuania. Every year there is more and more talk that there will soon be at least a few more unicorns in Lithuania (there is one so far), and it is the fintech companies that have the most potential to become unicorns. Such predictions only encourage them to work harder.

Lithuania has only recently started to attract more attention from large US and UK investors. And as a cherry on the cake, the rumour that Lithuania has been called the “undiscovered start-up gem” in the US Silicon Valley makes it possible to be very realistic about any big prospects.