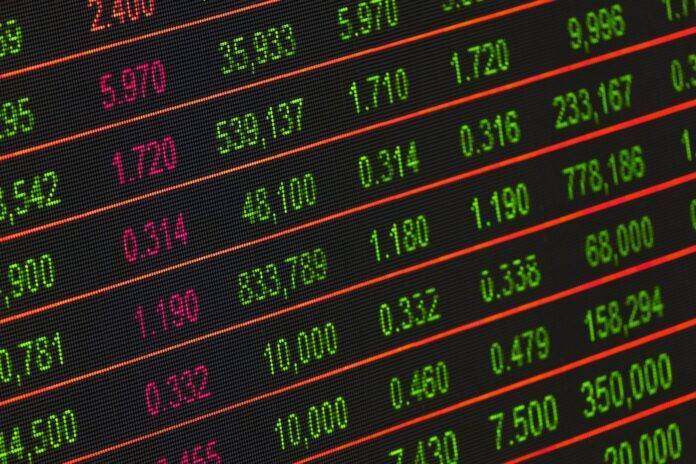 MAPFRE Economics expects the global economy to grow an average of 4.5 percent in 2021 and 2022. Economic activity will return to normal in the middle of the third quarter of this year, although overall, the world will not recover from the crisis until mid-2022. However, this will vary across regions.

This is discussed in the 2021 Economic and industry outlook: perspectives toward the first quarter, prepared by MAPFRE Economics and published by Fundación MAPFRE. “Recovery to 2019 GDP levels will happen sooner in countries with more income support in 2020 and 2021. The US comes first, followed by Brazil. Other regions or countries—the EU, LATAM and Spain—lag far behind due to their production structure and the nature of the stimuli received,” experts say.

The region most affected by COVID has been Latin America, due to both the lukewarm economic response (limited fiscal space) and poor health preparedness and existing imbalances and vulnerabilities (low savings, external vulnerability, dependence on the commodity cycle and the tourism sector). “It has suffered permanent impairment in growth expectations, from the 3 percent we proposed a year ago to -8.1 percent today,” they point out in the report. “Poverty has soared from 23 percent to 30 percent among the population, nearly 3 million SMEs have gone bankrupt and nearly 9 million jobs have been lost. LATAM’s per capita growth has stagnated since 2015, with per capita income expected to return to 2015 levels in 2025 after the current crisis,” they conclude.

Brazil will be the second country to recover in the central scenario managed by Economics, given the relative laxity of its measures at the height of infections and because the measures taken, as in the United States, had a strong focus on income transfer at the start of the crisis (disposable income actually grew in the US despite falling GDP). One of the important issues in 2021 will be the continuation of emergency aid known as ‘Coronavoucher,’ which is unsustainable from a fiscal point of view. Thus, Bolsonaro’s team will have to find a solution to avoid an abrupt interruption that will have a major impact on the economy. With this, MAPFRE Economics expects GDP to rise 3.2 percent this year, after an estimated 4.7 percent decline in 2020 and followed by a 2.7 percent upturn in 2022.

As for Mexico, economists predict that exports and some investment will recover, giving GDP a boost of 3.4 percent this year and 2 percent in 2022. “The downside risks to Mexico’s economy are mainly concentrated on a delay in overcoming the pandemic, and the resulting impact on consumption, as well as the limited size of the public aid package that is being implemented, which will slow the recovery,” they explain. “The recovery of its external surroundings, especially the US, and the recovery of oil prices will also be key. The risk that investment will take a long time to recover must also be considered, given that it has already been shrinking since 2019,” they add.

The United States and the eurozone

For the United States, which, according to MAPFRE Economics, will recover to pre-pandemic GDP levels by the end of this year, growth of 3.9 percent is expected in 2021, up from the 3.3 percent estimated in the previous quarter, along with 2.8 percent growth in 2022. Despite growing tensions following the recent Capitol developments, financial markets have remained stable. In this sense, the Federal Reserve’s asset purchases help to promote the proper functioning of the market and financial conditions that are accommodating, thereby supporting the flow of credit to households and businesses. In assessing the appropriate stance of monetary policy, the Monetary Policy Committee will continue to assess economic data and its consequences on the outlook.

With the new president, some reversal of US protectionist policies is expected, including less confrontation with China, which was not complying with the signed trade agreement. It is also expected that there will be less animosity toward the European Union, in terms of both trade and NATO. “It is also expected that the United States will return to the Paris climate agreements,” they point out. “At the geopolitical level, MAPFRE will be closely watching the new administration’s position on the military presence in conflicts in the Middle East and is not going to rule out the resumption of WHO funding,” they add.

For the eurozone as a whole, MAPFRE Economics expects 5 percent growth in 2021 and 4.7 percent growth in 2022. They indicate that European funds will be activated and a larger portion of the population will be immunized in the second half of 2021. “As time progresses, the medical experience acquired will also lead to an increase in effective cures. The combination of prevention (vaccines) and increasingly effective cures and early treatment will lead to reduced mortality rates and allow for a gradual return to normal,” they add.

The risks for the eurozone economy are recurrent pandemic outbreaks that bring about new restrictions, or activity returning to normal at a slow pace due to the vaccination program taking longer than expected. Export recovery is also vital, and that also depends on the activity levels of its trade partners. In addition, the eurozone will be affected by Brexit, which will cause certain problems with trade and production chains. The deployment capacity of aid funds is another uncertainty, while the depth of the damage caused by the crisis to the business sector, to employment and to the financial sector remains to be seen.

Risks to the global economy

This central view faces enormous challenges stemming from the scars of an unprecedented crisis that takes place in a context of global imbalances and vulnerabilities. While, in some cases, COVID may speed up corrections, in most cases it will put additional pressure on our risk scenario. “Although the emergence of vaccines reduces the likelihood of some of these risks materializing early, avoiding the costs of a) the tax bill, b) the accumulated financial imbalances, c) the problems of industry stagnation, d) aging, e) climate change and f) social impairment resulting from structural unemployment and the widening poverty gap etc. will be a bold aim to say the least,” they point out.

Among these risks, the team of economists emphasizes the strong debt that has caused the recession, leading a new record high global debt-to-GDP ratio of 356 percent in the third quarter of 2020, compared to 322 percent in the fourth quarter of 2019. With regard to emerging markets, the largest leverage was recorded in the non-financial private sector (corporate and to a lesser extent households), while the largest contribution in developed markets was in the finance sector and in governments. Overall, inertia to greater leverage from the COVID-19 disruption, accompanied by widespread monetary flexibility, prevails in an environment of uncertainty, which is not expected to be stable enough to support the burden until 2021.