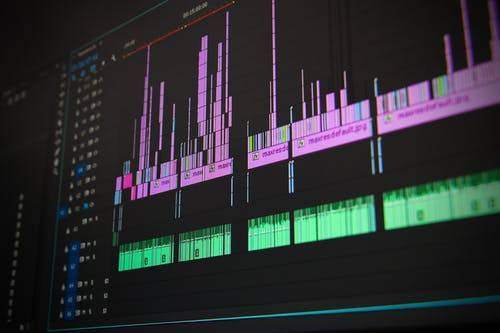 After a contentious election filled with anticipation, the events of January 6 triggered a decision by Amazon Web Service (AWS) to refuse service to Parler, a social media app favored by the Trump-wing of the populace. The cause? Parler hosted content which violated its terms of service. Parler will remain offline until it comes to an agreement with a new hosting provider.

“While Parler has already transferred its domain registration to another registrar, it remains offline,” explained Richard Gardner, a financial exchange expert and CEO of Modulus, a US-based developer of ultra-high-performance blockchain and surveillance technologies that power global equities, derivatives, and digital asset exchanges, offered a glance inside the technology behind the claims. “Taking the politics out of this, Parler is essentially just another small tech start-up.”

“AWS is part and parcel of one of the world’s largest companies. Outside of The Bible, when David goes up against Goliath, he usually loses. The politics here are irrelevant. What’s relevant is that this signals that any operator could find themselves woken up with a 3AM phone call, which notifies them that their exchange is no longer being hosted by their third-party provider. This isn’t even a slippery slope argument, as this particular industry has taken fire before. It wasn’t long ago that a sitting US Congressman claimed that a cryptocurrency could be more dangerous than the attacks of September 11,” noted Gardner.

Typically, most small-to-midsize businesses don’t have the resources to set up their own hosting systems. That includes, for the most part, digital asset exchanges. “If I’m an exchange operator, now is the time that I very seriously start to consider the risk of using a cloud hosting provider. For those that can afford the investment in infrastructure, it is a worthwhile move. Imagine how much revenue an exchange would lose if it was de-hosted in the midst of a bull run, like we’re seeing right now, with high trading volumes. Even if the company survived the losses, their users would almost certainly migrate to another exchange with more secure hosting. They may well not be able to survive such a thing. Long-term success is all about managing risk, and this — this is a big risk to all small businesses,” said Gardner.

Modulus is known throughout the financial technology segment as a leader in the development of ultra-high frequency trading systems and blockchain technologies. Over the past twenty years, the company has built a client list which includes NASDAQ, Goldman Sachs, Merrill Lynch, JP Morgan Chase, Bank of America, Barclays, Siemens, Shell, Yahoo!, Microsoft, Cornell University, and the University of Chicago.