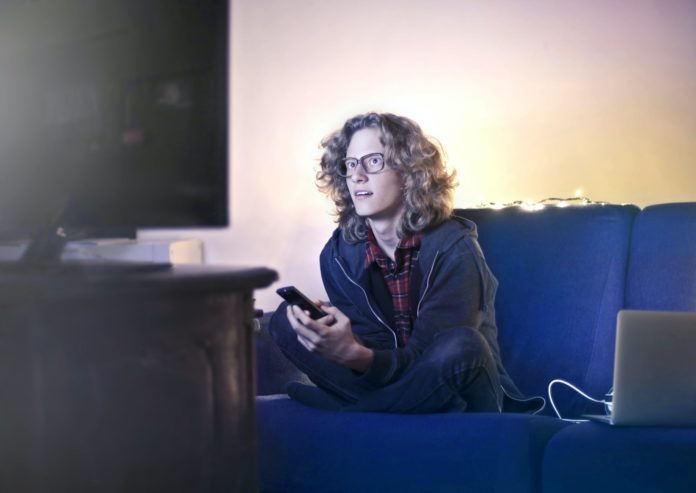 Cash is king! This quote is facing a serious threat as the world is marching towards becoming a cashless society. The recent trends suggest that digital money will soon replace physical cash. Many countries are making active efforts to remove cash in circulation – Sweden is its prime example.

In Sweden, Cash is no longer a king! That’s why it’s also known as the pioneer of the cashless society. In Sweden, buses haven’t taken cash for years. 900 out of Sweden’s 1600 bank branches don’t accept cash deposits.

The impact of cashless payments is not only limited to Sweden. The graph below shows an increase in cashless transactions over the years in different regions.

In this article, we will answer all those questions in great detail. So, without a further ado, let’s begin.

What is a cashless society?

Cashless society can be simply defined as an economic concept or state where all the financial transactions take place through transfer of digital information instead of physical banknotes or coins.

If we look into the history then we’ll find that cashless societies existed since the time when human societies were in their nascent stage. Many exchange methods were prominent namely the well-known barter system.

There are many different ways by which a user can make payments without cash. Let’s have a look at them one by one.

Banking cards like Debit and credit cards are one of the most used cashless payment methods across the world. Banking cards come with various benefits like secure payments, convenience, and many more.

One of the biggest advantages of banking cards is that it can also be used for making other types of digital payments. For example, a user can store his card information in the mobile wallets or digital payment apps to make cashless payment. Moreover, banking cards can be also used in online purchases, PoS machines, online transactions, etc.

There are many reputed names like MasterCard, Visa, and Rupay when it comes to banking cards.

Unstructured Supplementary Service Data (USSD) is a cashless payment option for those who don’t have a smartphone. The USP of this method is that the user can make payments without a smartphone device or internet facility.

In this method, the user must dial *99# to interact with an interactive voice menu via a mobile screen. However, to use this service, the customer must ensure that his mobile number is the same as that of the one linked with the bank account.

This service is pretty similar to the IMPS and it uses the MMID and MPIN with mobile number or account number with IFSC code for a successful transaction.

Mobile wallet applications are quickly gaining traction due to its fast, secure, and convenient payment methods. These are mobile applications which allow the user to send, receive, and store money.

A user can add or store money in his wallet by simply linking his bank account. Similarly, a user can also send money to his friends, relatives, or any other person by entering phone number, email ID, unique ID, or scanning QR code.

Moreover, a user can also make payments to merchants and pay various utility bills like water bill, electricity bill, mobile recharge, and many more directly from the mobile wallet app.

QR stands for Quick Response. It’s a two-dimensional code that has a pattern of black squares which are arranged on a square grid. QR codes are read by imaging devices such as smartphone cameras.

QR codes are widely used for making cashless payments in which a user just has to scan the QR code of the merchant service to complete the transaction.

Contactless payment is a convenient and secure method which enables the users to purchase products by simply tapping a card near a point of sale terminal. The card can be simply a debit, credit, or smart card which is also known as the chip card that is based on NFC (near field communication) or RFID technology.

User can make payments via NFC-enabled phone at various places such as:

Electronic clearance service is widely used for making bulk payments, equated monthly instalments, paying off for utility services, and to disburse payments like dividend interests, pensions, and salaries. ECS can be used for both credit and debit services.

To initiate the ECS, an authorisation has to be provided by the bank for making periodic credits and debits. ECS is a safe method as you can provide instructions for maximum sum of debit, validity period, and the purpose of transaction.

Gift vouchers are a great gift idea apart from being a handy way to go cashless. It enables the receiver to buy anything with the help of a voucher. There are also various stores that give discounts on gift vouchers.

Traditionally, PoS terminals are nothing but a handheld device present at the stores. These devices are used to read banking cards of the customers. However, the scope of PoS is expanding as these services are now available on various mobile platforms via the internet.

Nowadays, PoS can be bifurcated into different types like Physical PoS, virtual PoS, Mobile PoS, etc. Mobile PoS is beneficial for small businesses as they don’t need to invest in expensive electronic registers, since the Mobile PoS operates through the smartphones and tablets. Similarly, virtual PoS systems use web-based applications for its operation.

We saw different types of cashless payments now let’s have a look at its benefits.

Major benefits of a cashless society

Cashless payments eliminate several business risks at a time such as theft of cash by employees, counterfeit money, and robbery of cash. Moreover, it also reduces costs of security, withdrawing cash from bank, transporting, and counting.

Making cash payments is time consuming for customers as well as the merchant or employee. That’s the reason why many businesses have decided to go cashless so that they can leverage faster transactions and increased efficiency.

Atlanta’s Mercedes-Benz Stadium is one such company that decided to go cashless and found out that it resulted in faster transactions, lower waiting times, and reduced end-of-day reconciliation time.

Whenever someone visits a foreign country, they need to buy the foreign currency. However, with cashless payment solutions, they don’t need to do it any longer as they can make transactions directly from their cashless payment apps in accordance with the currency exchange rate.

Government and other organizations spend a lot of money to conduct periodic samplings and surveys to gather data of real-world transactions of the citizens. These data help them in devising various policies. However, the process is costly, time consuming, and less efficient.

Whereas, all the cashless payments made are recorded financial transactions, which makes it easy for the government to track the movement of money through these records. These records also help them to track black money and other illegal transactions.

An efficient tool to fight corruption

There are estimated 1.4 billion people in the world who make less than a meagre $1.25 a day. On the other hand, around estimated $1.26 trillion is stolen from the developing countries through corruption, taxi evasion, and bribery.

We can easily uplift those 1.4 billion people if we can somehow reclaim that amount. This is where cashless payments play a crucial role. Cashless payments can become one of the greatest means to fight corruption and organised crime throughout the world.

If all the people were connected via end-to-end payment infrastructure that makes a cashless environment, then there would be complete transparency in the flow of money.

No matter, if it’s a private investment or international aid, everyone digitally connected in the cashless environment would be able to view where exactly the money went and how it was spent.

Any amount of money that is found outside the framework can be easily detected and investigated.

Any sum appearing outside of that framework could immediately be flagged and investigated. This would narrow the focus for law enforcement and forensic accountants, making it easier to target and recoup hidden money.

The concept of cashless society is a broad one and it is more than just the shift from cash payments to cashless payments. The reason behind is that the mere shift won’t have the major impact as private companies are already involved in the processing of the transactions. So, even if we achieve the shift, there will inevitably be a cost.

A true cashless society would be the one where there’s total exchange of value without any loss (processing costs or any other cost). And to achieve this, we would require the national government instead of banks or any other payment provider, thus effectively making it a state-backed utility.

The money saved in such cashless society due to the absence of processing costs can be then used for those in need. The saved amount can be then used to rejuvenate financially depressed areas.

In a true cashless society, everyone will have access to capital. The cashless society along with the last mile of money transfers, banking services, and payments will play a pivotal role in achieving worldwide financial inclusion.

A fully cashless society appears to be many years away. But a major FinTech advancement could very well shorten this period. With the introduction of cutting-edge technology and constant improvement of existing technologies, we might see faster, more transparent and more secure cashless payments than ever. But only time will tell when we will truly become a cashless society.