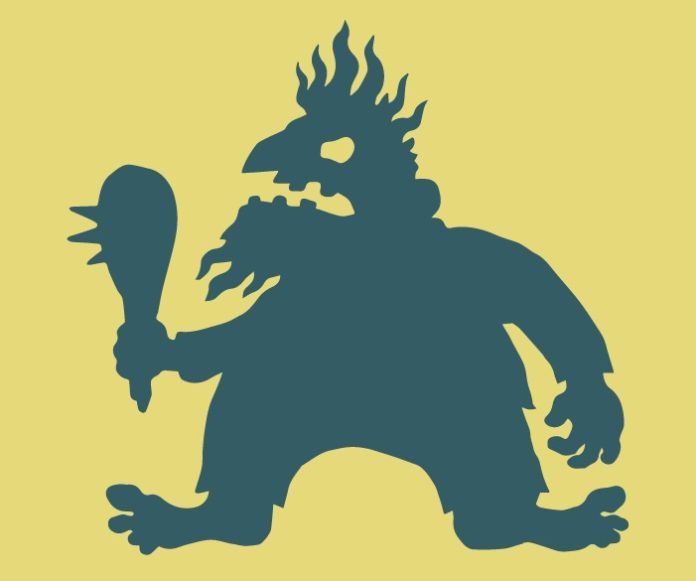 Rodger is a senior attorney at Mastercard, focusing on Digital Identity strategies and go-to-market plans globally.

Blockchain. To some, like NYU Professor and economist Nouriel Roubini, it’s “the most overhyped – and least useful – technology in human history.” To others, like NASDAQ CEO Bob Greifeld, it’s “the biggest opportunity set . . . over the next decade.” What will blockchain mean in your daily life? Maybe nothing. Or maybe it will transform the economy and the very nature of business.

It’s still too soon to understand the long-term implications of blockchain, but investors and innovators are unwilling to take a chance on missing out. In fact, they’re racing to invest in blockchain startups and develop blockchain innovations. And that means they’re filing all kinds of applications for blockchain patents.

Setting the Stage for Patent Assertion

This frenzy of investors and innovators focusing on blockchain inevitably will attract attention from some with less than honorable intentions, like Patent Assertion Entities (PAEs), also sometimes called “patent trolls.”

PAEs are businesses whose primary focus is on acquiring patents from third parties, and then seeking to generate revenue by asserting those patents against alleged infringers. PAEs thrive when they can amass patent arsenals:

– relating to technologies that have the potential to, or have already, become transformational; and

– that can be asserted in large and patent-friendly markets, against deep-pocketed targets representative of multiple and diverse industries.

Blockchain has the potential to check all these boxes.

According to a recent Intellectual Asset Management report, the number of blockchain patent filings has grown exponentially in the last few years: 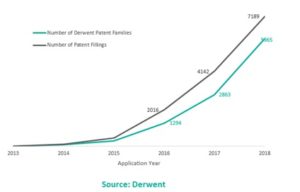 All this patenting activity is good for PAEs. When more patents are granted, more patents tend to end up in the wrong hands. We’re already seeing at least one potential PAE begin amassing patents that could be used against businesses developing and implementing blockchain. Called nCHAIN, it was founded by the self-proclaimed creator of Bitcoin, with the stated purpose of watching “how the industry moves” and then seeking licensing fees from anyone allegedly using the patented inventions.

Also good news for PAEs is that a full 75% of blockchain patent applications are being filed in China and the U.S. – countries where the potential markets for commercializing blockchain applications are huge.  The bigger the market, the easier it is to develop patent damages theories that involve enormous sums of money. PAEs rely on this as a scare tactic to better leverage large pre-trial settlement payments. The Chinese and U.S. markets also happen to be particularly friendly to patents – and therefore, patent litigation.

Further benefiting PAEs is the fact that blockchain development is happening in multiple and diverse industries, including automotive, energy, financial services, healthcare, insurance, Internet of Things, life sciences, retail, travel, and transportation. Each of these industries has companies with deep pockets, which will have PAEs anticipating large payouts. Often an early PAE victory against a deep-pocketed company in a given industry triggers a domino effect of settlements from other companies, large and small, in that industry.

Fighting Back Against PAEs

While there’s no single solution to the PAE problem, changes in U.S. law over the past few years have increased the chances of winning against PAEs, either in court or using Patent Office Post-Grant Reviews. Certainly, blockchain innovators will have to litigate to defend themselves. Those thinking proactively about reducing the risk of PAE attacks  also should look to join low-cost protective communities like LOT Network, which reduce the number of patents PAEs can assert, and thereby reduce the risk of patent litigation.

LOT Network, for example,  already includes more than 600 members, including many of the most active filers of blockchain patents, as well as more than 2.2 million patent assets, which can never be asserted against members by a PAE.

PAEs create nothing, and their actions discourage innovation by legitimate companies working to create products and services that could transform business and benefit many. A combination of awareness and joining a community like LOT Network can reduce your risks and help keep your company from becoming the next victim.

Disclaimer: the views expressed are of the author, and not those of his employer.

Embedded Fintech expected to be a top trend for 2023