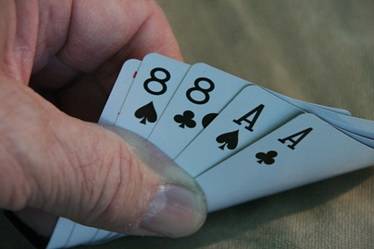 Poker is a game that is full of surprises. Though there are certain cards that players can expect to see during any given hand, the nature of the game means that anything can happen at any time. Despite this, some poker hands are more fearsome than others – a hand that has come to be known as the “Dead Man’s Hand.” This blog post will look at what is and provide tips on playing them.

What is the Dead Man’s Hand in poker, and where did it come from?

The Dead Man’s Hand is a two-pair poker hand consisting of black aces and black eights. It is so named because it was reportedly the hand held by Wild Bill Hickok when he was assassinated while playing poker in 1876. Some believe the hand is cursed, but others see it as a symbol of good luck. The story goes that Hickok was playing poker with some friends when he was shot in the back of the head by Jack McCall. As he fell, Hickok’s cards flew across the table, revealing a pair of black aces and a pair of black eights. This combination of cards has become known as such and is considered unlucky. Some would believe that the Dead Man’s hand is cursed and that anyone who holds it will experience a similar fate to Hickok.

How do you play the Dead Man’s poker hand?

A Dead Man’s hand is not considered particularly good in modern-day poker. While it does contain the highest card in poker (the ace), it is also very susceptible to being beaten by flush or full house hands. However, some players enjoy the challenge of playing with it and the element of luck involved in holding such a hand. Ultimately, whether or not a Dead Man’s hand is considered good depends on the individual player’s preferences.

What are the best strategies for playing the Dead Man’s hand in poker?

While the Dead Man’s hand may not be the best hand in poker, it can still be a formidable opponent. The best way to play this hand is to be aggressive and try to win as many chips as possible early on. This will improve the likelihood of winning the pot when the final cards are revealed. Another good strategy is to play your opponents carefully. Don’t be afraid to call their bluff and raise the stakes if you think they are bluffing. With some luck, you might end up with the winning hand. 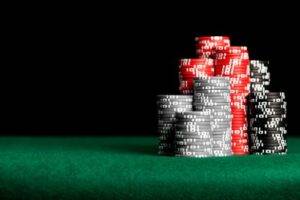 When is it a good time to play the Dead Man’s hand in poker?

Today, it is often used as a nickname for a losing hand. However, it can also be a winning hand if played correctly. When to play the Dead Man’s hand depends on the situation. If the pot is small and only a few players are left in the game, it may not be worth playing. However, it may be worth taking a chance if the pot is large and many players are still in the game. Ultimately, whether or not to play the Dead Man’s hand is a decision that players must make based on their style of play and the game’s circumstances.

How can you increase the likelihood of winning when dealing with the Dead Man’s poker hands?

The odds of being dealt the Dead Man’s hand are approximately 1 in 730,000, and the odds of winning with the hand are even lower. There are a few ways to increase the likelihood of winning when playing this:

The Dead Man’s Hand is a combination of cards that have become iconic in poker. While there are many fascinating legends and stories surrounding the Dead Man’s hand, the fact remains that it is a powerful combination that can give you an edge in any poker game. So if you’re looking for a little extra luck at the table, give GGPoker, the world’s largest poker room, a try. With hundreds of games running around the clock and thousands of players online, you’re sure to find a game that suits your style. So what are you waiting for? Pull up a chair and see if you can make history at the table!