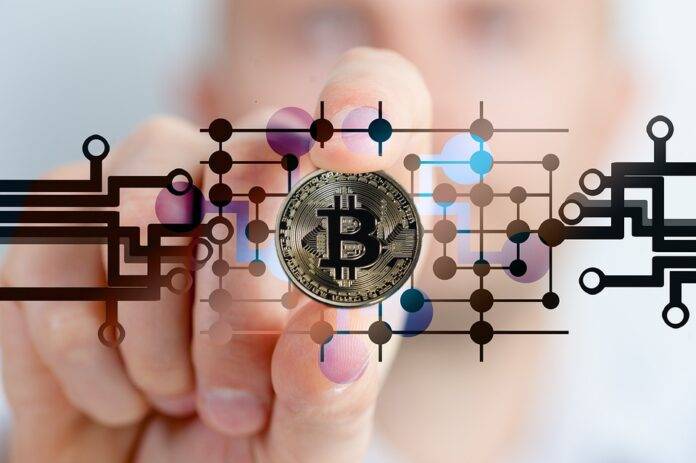 To bulls, factors like the absence of large sellers, persistent holding by long-term investors and the cryptocurrency’s resilience in the face of turmoil in traditional financial markets provide hope.

To bears, the current lull is reminiscent of September-October 2018, when the largest cryptocurrency by market value held steady near $6,000 for weeks before slumping almost 50%.

Over the weekend, pseudonymous analyst and swing trader il Capo Of Crypto explained to his 540,000 followers that much like the 2018 consolidation near $6,000, current trading around $20,000 represents a temporary pause that will pave the way for another price sell-off.

According to il Capo Of Crypto, the market is exhibiting a downtrend, followed by temporary consolidation with an extended drop yet to come.

In first-half 2018, the cryptocurrency crashed to $6,000 from almost $20,000. It traded sideways around $6,000 between August and early November, convincing many traders – including the likes of billionaire investor Michael Novogratz – that it had formed a base around $6,000 and was ready for a new bull run.

The bulls’ optimism was misplaced. The cryptocurrency nosedived below $6,000 on Nov. 14 and eventually bottomed out at $3,200 in December. The already-battered alternative cryptocurrencies followed suit, falling 60% or more, according to data from charting platform TradingView.

The current price structure appears similar to that of mid-November 2018, with prices consolidating near $20,000 for nearly three months after a sell-off from the record high of $69,000.

There are other similarities too. For instance, XRP and other alternative cryptocurrencies have recently rallied, shrugging off the comatose action in bitcoin – perhaps a sign that there is still some speculative interest left in the market. XRP and other smaller coins saw occasional rallies during BTC’s price consolidation in 2018.

Bitcoin, the most liquid and the biggest digital asset, remains an anchor for the broader market. That means price rallies in alternative cryptocurrencies, referred to as pumps on Crypto Twitter – the social network’s vocal, frequently pseudonymous commentators on the industry, are often taken to represent market froth.

“There is still a lot of money in dead and dying projects that needs to be redistributed,” pseudonymous trader BIG Chonis tweeted Saturday, hinting at another market-wide sell-off.

Crypto Twitter’s fears seem reasonable given macroeconomic factors, mainly the declining U.S. dollar liquidity and the rising dollar index (DXY), favor a resumption of the downtrend. It’s worth noting that previous bear markets have coincided with the dollar rally. The DXY rose over 4% in 2018.

Some fund managers and analysts disagree with Crypto Twitter’s take, saying several on-chain indicators suggest the worst may be behind us.

Some fund managers and analysts disagree with Crypto Twitter’s take, saying several on-chain indicators suggest the worst may be behind us.

“On-chain data analysis shows that long-term holders are not turning over their holdings – they are holding on to their coins without engaging in trading activities and churning of new market participants’ holdings is likely not enough to push prices much lower,” Markus Thielen, head of research and strategy at crypto services provider Matrixport, which has $10 billion in assets under management, said when asked about the possibility of a 2018-like slide.

“Unlike previous bear markets, there is now regulatory engagement. The asset class has also fundamentally changed with institutional interest, many serviced by Matrixport, and there is a value-driven bid, at one point,” he said.

The bitcoin market has matured significantly since the coronavirus crash of March 2020, with many institutions and corporations adding the cryptocurrency to their balance sheet. Alternative investment vehicles like exchange-traded funds (ETF) and CME derivatives have equal, if more more, say in price discovery as the spot market. Previous cycles may not be good indicators of what lies ahead.

Matthew Dibb, chief operating officer and co-founder of Stack Funds, said, “While further downside might be apparent, we aren’t expending much more than 15% to 20% drop. This being the case, a lot of longer-term traders are deploying capital at the current support level.”