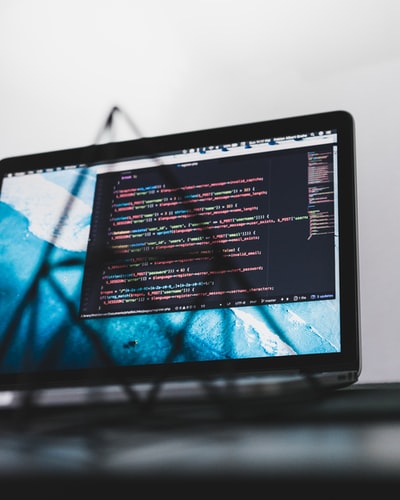 August was a phenomenal month for non-fungible tokens (NFTs) with over US$5 billion in total sales volume, a 315% increase month-on-month, according to DappRadar.

Institutions, like individual buyers and investors, are increasingly interested in NFTs. Payments giant Visa bought into the craze, acquiring a green-eyed female CryptoPunk with a mohawk for 49.50 Ether or around US$150,000. Singapore-based fund manager Three Arrows Capital together with an NFT trader who goes by the Twitter handle “@Vince_Van_Dough” launched a fund dedicated to collecting premium NFTs. “Our thesis is simple, we believe the best way to gain exposure to the cultural paradigm shift being ushered in by NFTs is owning the top pieces from the most desired sets,” VincentVanDough said in a tweet.

NFTs, unique digital assets whose authenticity and ownership are tracked on a blockchain, comprise a wide range of digital assets including collectibles, art and gaming such as the blockbuster game Axie Infinity. NFT collectibles, in particular, have exploded in popularity. According to DappRadar, the market cap of the top 100 NFT collections on the Ethereum blockchain and the Flow blockchain’s NBA Top Shot has surpassed US$14 billion, with CryptoPunks, Bored Ape Yacht Club and Meebits taking top spots.

“The key trend to note is that of extraordinary growth,” Dragos Dunica, co-founder of DappRadar, told Forkast.News in an email. “The NFT market is currently booming to an unprecedented degree, with Ethereum’s NFT marketplace, OpenSea, generating US$3.3 billion in August alone. Collections such as CryptoPunks and Bored Ape Yacht Club (BAYC) have achieved market capitalizations of over US$1 billion market cap, a reflection of the way in which NFTs have broken into the mainstream. This can also be seen in the way that prestigious auction houses such as Sotheby’s have embraced NFTs, as well as famous figures like Jack Dorsey and Tim Berners-Lee.”

Keys to success for NFTs

Zach Burks, founder of NFT marketplace Mintable, told Forkast.News in an email: “Mainstream interest in NFTs is only growing by the day and the hottest trend right now appears to be avatar-type NFTs. From the likes of Pudgy Penguins, Cool Cats, to Bored Apes, countless other projects have jumped on the avatar-styled NFT bandwagon for the past few months. That said, I don’t think this will last forever. You can think of NFTs much like fashion, where what’s hot this year ends up being unfashionable within the next six months to a year. While trends evolve and purchasing patterns change, all of these projects share a common thread: The ability to build their communities, which is what really makes a project successful or not.”

“If a project has no established or unique community, then the project’s investment value is likely to never increase,” Burks said. Utility or purpose is another critical factor. “An NFT that can be redeemed or used down the road will always have more value than an NFT without, assuming there’s a community around both,” Burks added.

Loot NFTs — randomized text lists of fictional adventure gear — have also captured the attention of many since its launch on Aug. 28. The Loot ecosystem has since flourished with its community developing various initiatives around the text-based NFTs such as illustrations of the text and other ​​derivative NFT projects.

According to OpenSea, the floor price or minimum price for Loot, which was launched without any fee and users just needing to pay gas, is currently 6.98 Ether, with over 60,500 Ether in volume traded as of publishing time. The Loot community airdropped a token named Adventure Gold (AGLD) to Loot holders and the token has a market value of US$198 million as of publishing time, according to CoinGecko data. The success of the Loot project has already inspired other similar NFTs such as the n project, NFTs of randomized generated numbers.

Is an NFT market correction looming?

NFTs have proliferated with new ones being launched every day. But the NFT momentum could well be slowing. OpenSea’s daily volumes have declined from the peak on Aug. 28 and on-chain data from IntoTheBlock also indicate a drop in the prices of the much sought-after CryptoPunks.

DappRadar’s Dunica predicts that demand for NFTs is likely to grow further but expects to see a plateau and possibly slower growth at some point in the future, in particular when it comes to avatar collections.

“If there is a significant increase in the price of Ethereum, those NFTs that do not offer sufficiently tangible value or utility to their owners may struggle. Such projects are likely to be replaced by other forms of NFTs, like pictures, music, or generative art, that are highly creative and original. While the constantly growing supply of avatars is not outpacing demand as of yet, a time may come where an excess of avatar NFTs causes their prices to fall,” Dunica said. “Let’s not forget, however, that this space evolves at an exceptionally fast pace — new instruments, such as NFT fractionalization, may well swing things in a different direction.”

“While it is the social element of NFTs that drives the hype on the surface, it’s solidly underpinned by the high levels of innovation in the space and the adaptability of the underlying blockchain technology to such a wide range of projects,” Dunica said. “This can be seen in groundbreaking projects such as Generativemasks, a generative art NFT which gives you the feeling of owning 50 NFTs in one piece.”

Sam Bankman-Fried, CEO of cryptocurrency exchange FTX that this week launched an NFT marketplace, told Forkast.News in a recent interview that while he sees some speculation in the space, he doesn’t think that many are planning to just try and flip it for a profit. He said he wasn’t as sure as he used to be that the sector as a whole will undergo a correction, but expects some NFTs that have been bid up too high to have some price correction.

‘Do your own research’

“Don’t let the haters distract you from the massive amounts of volume and unique trading opportunities the burgeoning NFT market offers, Hayes said. “Put aside the fact that you are trading image files, and relish the ability to trade art in the same way you trade stonks.”

Regardless of whether you are collecting for pleasure or trading for alpha, due diligence is critical. In a recently published “NFT Market: Safe Practices Guide,” NonFungible.com, which provides data on NFTs, advised buyers to consider questions such as: Is the project smart contract verified; who is the team behind the project; what makes the asset valuable; is the project truly decentralized (that is, do you really own the asset) and if there is true scarcity.

Wash trading or market manipulation could distort the market data for buyers and investors, NonFungible.com wrote. Wash trades could be motivated by traders seeking to artificially inflate the price of an asset in order to sell other assets at a higher price, to receive rewards from marketplaces that may offer rewards for trading, or to “pump” or generate huge market volumes so as to attract new users or investors.

“Differentiating the valuable assets from the fads, distinguishing diamonds from scams, that’s what everyone who is looking to participate must learn to do before proceeding with any project,” Nonfungible.com wrote.