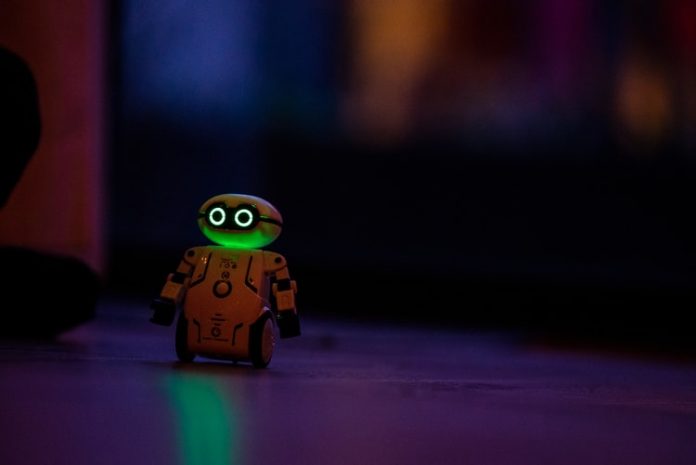 Robots are impacting multiple industries, and the banking industry is no exception.

Financial institutions across the world are beginning to use them for tasks ranging from counting money to handling customer requests in an effort to not only simplify tasks but to transform the branch experience.

VTB, a Russian state bank, for example, has recently deployed robots designed by DIIP200 to handle cash-counting duties. An operator directs the robot to load cash from customer revenue, ATM cassettes and point-of-sale cash into trays.

“From the moment of loading into special trays for recalculation to the moment of forming ready-made banknote spines, it works independently, performing all digital operations, including laying banknotes in the counting and sorting machine for recalculation, removing processed banknotes (spines of 100 sheets), placing them in the bander machine, and forming rolls with ruined bills and those subject to further examination,” a spokesperson for VTB said in an email.

In essence, these robots act as a cashier that “processes the received cash, including recalculation, sorting, orientation and packaging,” the spokesperson said.

With this particular robot, customers do not interact with it, because it just handles the cash. However, other banks are exploring robots that can directly chat with customers, such as the Workers Credit Union, which has begun using Pepper, an interactive robot, as well as Olivia, a hologram, and video teller ATM at its location in Lowell, Massachusetts.

“Pepper can recognize and interact with people. Pepper can also answer a series of preprogrammed questions, pose for selfies, and even dance if asked,” he said. “To do this, Pepper is equipped with infrared sensors, bumpers, an inertial navigation unit, 2D and 3D cameras, and sonars for omnidirectional and autonomous navigation. It can perform multimodal interactions through touch sensors, LED lights and microphones. The touch screen allows Pepper to display content that highlights messages.”

Olivia, found at multiple locations of the Workers Credit Union, can answer questions in multiple languages, including American Sign Language, which is part of an effort to create a more inclusive environment for customers.

The bank also plans to expand Pepper’s capabilities to make it more inclusive for customers on the autism spectrum as well. The robot has largely been received positively by guests, according to Rice.

“A humanoid robot isn’t something people typically see in a banking location, so the first reaction is often curiosity,” Rice said. “Once members start interacting with Pepper, they have found it to be an engaging experience that has enhanced their visit to our location. We’re looking forward to expanding our use of Pepper based on member feedback in the future.”

One concern surrounding robots, however, is the possible effect they’ll have on jobs. For these two deployments in particular, the impact has varied.

VTB side, for example, said it reduced its number of employees from 64 to 43 but has been able to use the workers it kept more effectively for other tasks.

With Workers Credit Union, the robots have had no impact on jobs loss. Instead, they’ve freed up employees to act as financial coaches. The union has trained the entire staff to deliver personalized financial coaching to customers.

“We recognize that it is people who transform lives,” Rice said. “So, the technology frees up our staff to sit down with members, to talk about the things that are important to them, the things that are challenging them at their stage of life and empower them to make good decisions that help them reach their goals.”

The overall goal of both of these robots is not to reduce the number of employees but rather to deliver a more effective and impactful bank experience.