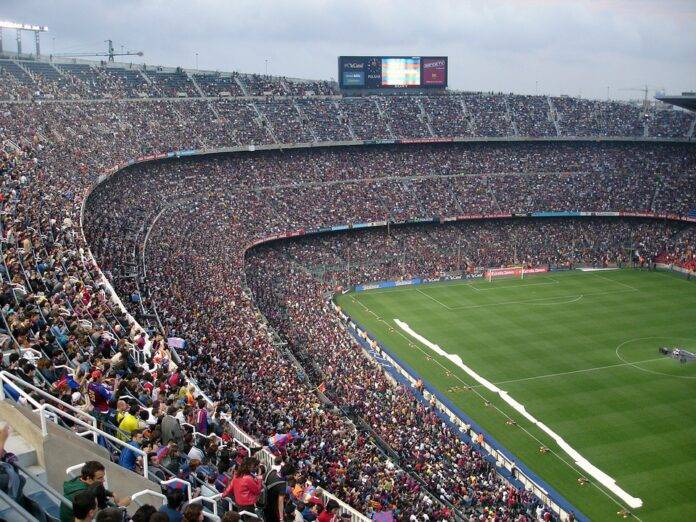 Two of the biggest soccer clubs in Spain, Real Madrid and FC Barcelona, have applied to receive trademarks for some elements in the metaverse. The clubs have introduced an application that encompasses different activities and services that they can conduct in the metaverse, including a cryptocurrency wallet and the possibility of selling virtual merchandise.

Real Madrid and FC Barcelona Interested in the Metaverse

Sports teams are now moving their activities to the metaverse, in order to create new profit sources and also to improve feedback and their relationship with fans. Recently, two of the biggest soccer clubs in Spain, Real Madrid and FC Barcelona, have filed a joint trademark application to offer several services in the metaverse.

Trademark Attorney Michael Kondoudis first reported about the trademark application on social media, reporting that it was filed on August 5. The trademark filing indicates that the two clubs may be interested in offering their own cryptocurrency wallets. The application also hints at a possible metaverse gaming software, as it makes reference to “virtual reality software.”

The filing also makes reference to virtual apparel, such as clothing, footwear, and headgear.

The crypto environment and the metaverse is not new to either of these two teams which introduced the trademark applications. Both have been involved in crypto and NFT endeavors before. Real Madrid partnered with Sorare, an NFT collectible company, to allow it to offer collectibles of its players on Sorare’s NFT market back in 2020. After this, in 2021, the soccer team announced that it would issue Smart Tickets in the form of NFTs for its audience, in partnership with LAVA.

FC Barcelona has been even more involved in the cryptocurrency world, having issued its own fan token that allows users to have a say in certain decisions regarding the club. Also, FC Barcelona reported that NFTs and the metaverse were part of its expansion strategy, and launched Barca Studios, a new division to focus its products in these areas in March.

Furthermore, the club recently sold almost a quarter of this new division to Socios.com, a fan engagement token company, for $100 million in a transaction directed to reshape the strategies of the club in the Web3 and metaverse space.

Can Starbucks bring Web3 into the mainstream?