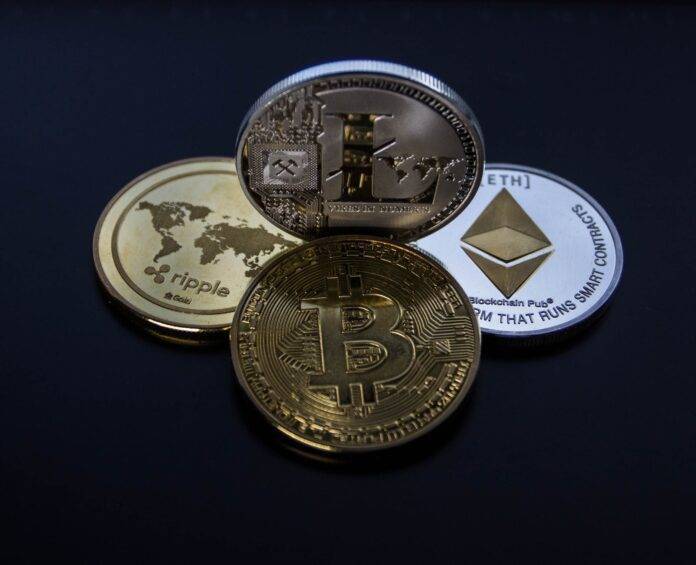 Since its inception, cryptocurrency has had a dubious reputation. Crypto-anything can sound perplexing at the best of times, and some people still associate cryptocurrencies with the dark web.

But these fears are proving to be a thing of the past, with many major banks now developing their own versions. In short, misconceptions aren’t slowing down crypto’s future.

Most cryptocurrencies have blockchain at their foundation. Blockchain is a digital database or ledger which is more tamper-proof than conventional currency. Thanks to the robustness of the technology and the speed of transactions it enables, blockchain is seen as a significant addition to international exchange platforms. For this reason, Banco Santander has been employing blockchain in international transactions since 2018.

Now companies of all kinds–from Microsoft to vendors on Etsy–can accept cryptocurrencies, opening up new opportunities for business and consumers alike.

Then: More questions than answers

Cryptocurrencies have come a long way since Bitcoin’s 2008 introduction in a published whitepaper entitled, “Bitcoin: A Peer-to-Peer Electronic Cash System.” The first cryptocurrency purchase was two pizzas for 10,000 BTC in 2010; basically free because of people’s lack of understanding of cryptocurrency at the time. Now, that same amount is equal to about $613 million when Bitcoin surged beyond $60,000 in March 2021.

Value fluctuations and the bubble that accompanied the early adoption of Bitcoin (and, by extension, cryptocurrencies generally) added to the bad reputation. As a preferred payment method for ransomware attacks and other illegal activities, Bitcoin’s reputation was further damaged. While cryptocurrencies still face these reputational challenges, the system itself continues to gain legitimacy.

In recent history, payment processors like BitPay, Apple Pay, Google Pay and Samsung Pay all now allow users to make purchases with cryptocurrency. This has been a critical step in the popular adoption of what was once an obscure and widely misunderstood payment method.

Now: Opportunities in every direction

Companies including Square and IBM are using blockchain to design and improve digital payment methods. Apple Pay announced it will allow U.S. cardholders to add their Bitpay Prepaid Mastercard to Apple Wallet and retailers such as Amazon and Expedia are accepting Bitcoin. With cryptocurrencies being accepted for the purchase of everything from cars to vacations, digital coins are clearly entering the mainstream.

However, payment preferences around the globe are becoming increasingly fragmented. Hundreds of local payment methods have been designed or evolved to meet the needs, habits, and infrastructure of local economies.

Even developed economies like China rely on local payment methods that must be integrated into international systems for multinationals doing business there. Because cryptocurrencies use a virtual, globally distributed real-time ledger, blockchain transactions promise quicker transactions for businesses of all sizes anywhere in the world.

Consumers everywhere are looking for easier ways to access their money and simple, secure ways to make day-to-day transactions – from any device and any location. As the most established of the cryptocurrencies, Bitcoin has the potential of being just that.

It is in a merchant’s best interest to offer a blend of different payment methods that address various needs of global shoppers, or else they risk cart abandonment. 42% of U.S. shoppers stop a purchase if their favorite payment method isn’t available.

For merchants, being able to accept Bitcoin through a local payments infrastructure will allow them to attract more customers and sell more goods by expanding their reach to a global audience.

To enable a seamless experience for merchants, cryptocurrencies need to be convertible to national currencies. BitPay already provides a conversion between cryptocurrencies and over 150 native fiat currencies without exposing merchants to any price fluctuation volatility. More such services will undoubtedly appear as this payment method matures.

Next: Trust will lead to traction

Even the U.S. government is discussing the possibility of a “digital dollar.”

Outside of payments, blockchain will have applications in endeavors of all kinds, like validating the authenticity of pharmaceuticals. Developments like this will unlock a different level of trust in the decentralized and anonymous nature of blockchain.

And, as access to cryptocurrencies expands along with acceptance, digital-native consumers who have grown up alongside the payment method will be perfectly comfortable transacting with them. In many cases, they may even prefer it over more traditional methods of payment.

In 2021 and beyond, cryptocurrency will no longer be a murky, mysterious word. The same demand that propelled online retail is driving digital payments.