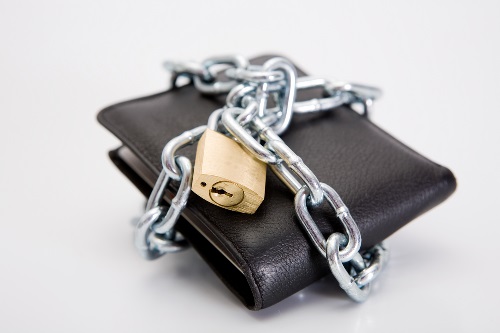 Having bitcoins is one thing, and storing, sending and receiving bitcoin is another thing.  The ease at which bitcoins is transacted among various parties relies on availability of IOS wallets. With evolving technology, the urge to enhance security and engage in a secure bitcoin transaction has led to innovation of new and better IOS wallets in form of apps. The IOS wallets are apps designed to allow blockchain users to store, send and receive bitcoin from user’s operating system at the comfort of their fingertips.

IOS wallets are hot wallets (wallets with internet connections) that raise a major concern due to security issues. With increased cyber security issues, hot wallets are prone to network attacks a critical issue faced my IOS wallet users. Loss of the advice connected to IOS wallet is another potential threat to reliability of using the wallets. Skilled individuals can easily access your entire bitcoin wealth from a lost device in cases your personal pin is also in the device.

Despite challenges related to security, Blockchain IOS wallet technology has improved and revolutionized the way of transacting and storing bitcoins.  Security being a major concern, many developers have innovated new IOS wallets driven towards improving safety of IOS wallets and offering better services due to competition.

With innovation in IOS wallets, this article focuses on seven wallets available to blockchain users to give an overview of different IOS wallets.

The IOS wallet offer user option for using both hot wallets and cold wallets (secure due to their offline nature). The wallet is available in different platforms providing simple and secure wallet. Bither contains HDM that offers users advantages relating to multisig’s security and HD pros. Factors important to consider before using the wallet includes:

BRD wallet is one the most secure and easy wallet to use among IOS wallets. With a direct connection to bitcoin network and use of user’s built-in hardware encryption, the IOS wallet provides a secure wallet and convenient to most bitcoin users. Factors that makes BRD wallet as most reliable IOS wallet includes:

There is more than three Blockchain IOS wallet and the choice of one wallet over another depends on the app meeting users’ needs in term of simplicity and security when using the wallet.