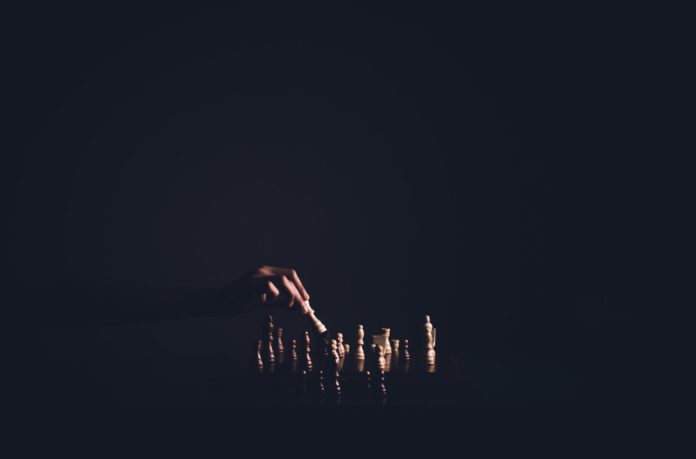 The term “uncanny valley” refers to that unsettling feeling you get when looking at an android that has been made to appear human. Of course, the problem goes away when we can make robots that are indistinguishable from humans. A paper published last week by New Yawk University claims that “bots are more efficient than humans at certain human-machine interactions, but only if they are allowed to hide their non-human nature.” In other words, once we’re past that whole uncanny valley problem, we’re better served letting people think they’re interacting with a human when in fact it’s just artificial intelligence perfected. This raises a very important question. Are we obliged to tell humans whether or not they’re interacting with another human? One company that might have some thoughts on the matter is UneeQ, a New Zealand startup that’s developing “digital humans.”

Not Just a Pretty Face

Founded in 2010, Auckland, New Zealand startup UneeQ (previously FaceMe) has taken in $10 million in funding so far to develop digital representations of humans that interact with you in much the same way as a real person would to drive emotional connection, loyalty, and trust between a business and its customers. These “digital humans” are AI-powered, using computer vision to analyze facial expression (when this feature is turned on) and machine learning algorithms to detect changes in your tone of voice and respond with empathy and warmth (emotional intelligence beyond just text). UneeQ’s intelligent digital human platform works together with any underlying NLP model/chatbot, including IBM Watson and Google Dialog Flow to process, and respond to questions in as little as 100 milliseconds using real-time, autonomous animation and emotion mark-up.

UneeQ’s founder, Danny Tomsett, has the type of CV that makes you wonder what you’ve been doing with your life so far. After founding and exiting a telecommunications company by the age of 25, Mr. Tomsett went on to found UneeQ which won him some face time with the one and only Sir Richard Branson of Virgin Galactic.  Today, they’re a company with clients across multiple industries and a desire to equip any chatbot implementation out there with a digital human interface.

We sat down to talk with the COO of UneeQ, Bradley Scott, who said that early on the company decided not to focus on Natural Language Processing (NLP) where billions of dollars were already being spent. Instead, they focused on developing an interface that was platform agnostic. Customers and partners can select any underlying NLP technology while UneeQ focuses on making these interactions as natural as possible to create customer experiences that build brand loyalty and trust. They’ve had plenty of adopters already who span industries including insurance, banking, health, telecommunications, and retail and have worked with some of the world’s largest brands to evolve their digital channels, including UBS, Vodafone, and BMW.

The company talks a lot about the ability of the platform to solve some of the bigger challenges facing society today – including education and healthcare access. Already, the company has worked with All is for All to help make fashion websites more accessible; and Mentemia to create a digital mental health coach. That’s all fine and dandy, but we’re interested in how this technology might become pervasive because it adds value to the top line (increased sales) and bottom line (lowering costs). Many of UneeQ’s clients prefer to remain hush-hush about the technology’s benefits, but Mr. Scott, too, says he’s encouraged by what he sees – and that the company has moved beyond early proof of concept projects to contract renewals. (The product is sold in bundles of minutes.) The most common use case so far would be intercepting the sort of queries that might be asked to a human over the phone.

For UBS in Switzerland, UneeQ designed and developed two innovative solutions that not only prove you can be in two places at once, but you can make it look easy. The first is a digital human double of UBS Chief Economist Daniel Kalt. While the real Daniel is managing his crazy schedule, digital Daniel can meet with clients, personally and at scale, to provide a one-of-a-kind digital experience.

Daniel is able to draw on a deep trove of UBS’s financial forecast data and present insights to high-wealth clients “face to face”, much like the real Daniel. He can also be available around the clock to have a personalized conversation, which (as amazing as he is) the real Daniel simply cannot do. They also designed Fin, a friendly avatar who supports simple banking transactions for UBS—for example, if a client needs to order a new credit card. Fin enhances the speed and quality of customer service interactions, while using in-depth UBS research and analysis to provide informative answers to virtually countless users.

Of course it all sounds good on paper, but we had to see some digital humans for ourselves.

The first time we encountered these digital humans was in UneeQ’s Auckland office. Admittedly, we were drawn to them and couldn’t help but say hello. Mr. Scott suggested that we engage with one of the more fun implementations, so we visited the Westwood Mall where one of UneeQ’s digital humans, Nola, stands at the entrance. She greets customers who approach her and then holds a conversation to help them find what they’re looking for. Nola can then find a member of staff to complete a purchase, if the customer wishes, taking a name and informing an available member of staff that the customer is waiting. She helps any number of people throughout the day, and she does so with consistency and a big smile. Unless you want a discount on Apple products; then you’re likely to see her cheeky side.

We started out by asking Nola “where are the CDs” and of course – being the millennial she was – she didn’t know what CDs were. We then asked for headphones, and Nola gave us directions on a store map which we then studied while the lovely human shop assistant, Nargis, watched on. So, we decided to engage with the human instead – for at least an hour – while watching people interact with Nola. Almost everyone who walked by was engaged by Nola, but it was also clear that people are not quite used to this technology being integrated into everyday life just yet.

As Mr. Scott said, it was indeed a fun implementation and that her role is being evolved. Removing the microphone and button might make people more likely to converse with Nola, and it seems ideal for situations where you really don’t want to talk to people but have to – like car dealerships or industry networking events.

Looking to the Future

At the moment, there’s no danger that these digital humans will be imperceptive to real humans. When that happens, Mr. Scott thinks it is important that they always disclose that you’re conversing with an electric brain. Contrary to the New Yawk University study, UneeQ sees some use cases where there’s value in relaying this information. As an example, for mental health applications, people feel more comfortable talking to an artificial intelligence algorithm than a human because this allows anonymity, but also connection – something that is virtually impossible while talking to a human.

UneeQ, who has more traction in the market than any other digital human company to date, wants to become the Twilio of digital humans, which implies that in the future we’ll be talking to lots of digital humans in the real world. As for competitors, there are some gaming companies out there trying to dabble in this space and probably more that will in the future. In addition, there are others claiming to attempt to replicate the human brain. One of UneeQ’s key competitive differentiators is the ease in which developers can interface with the platform. They’re also able to source engineering talent at a reasonable cost. While capital markets in New Zealand may be small, labor costs are lower for technical roles, and the education systems churn out a pipeline of quality candidates every year. While they recently opened an office in Austin Texas, they also have staff across a number of other states and operate throughout ANZ, Europe, Asia, and the Middle East.

While it may seem awkward speaking to someone without looking at them, everyone talks to Alexa and Siri that way. Would the experience be better if you could speak to a human face? UneeQ seems to think so, and so do a whole lot of their clients that continue to come on board. While you may not find all implementations void of the “uncanny valley feeling,” that’s because it’s early days. As the tech gets better and better, you might have your own Nola adorning the wall of your living room someday soon.