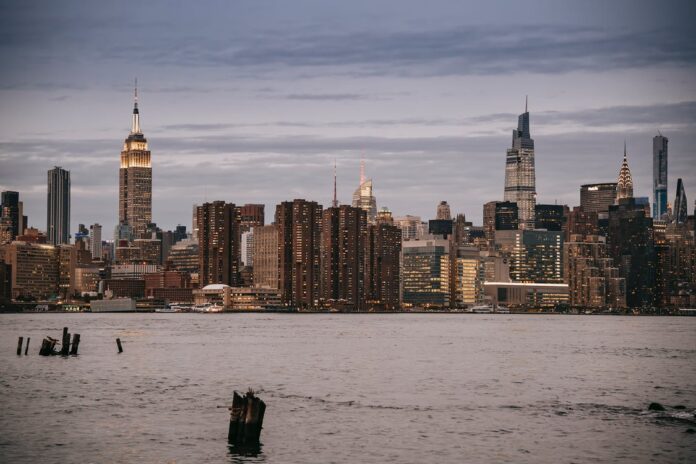 Analysis of bank closures in the US has revealed that physical bank branches are set to be wiped out by 2034 if they continue on current trajectories. The new study analyzed over 8 decades of official government data from 1934 up to 2020 to discover changes in banking and how this has affected the average American.

Since 2012, the US now loses an average of 902 bank branches each year, with this set to increase in the next decade. 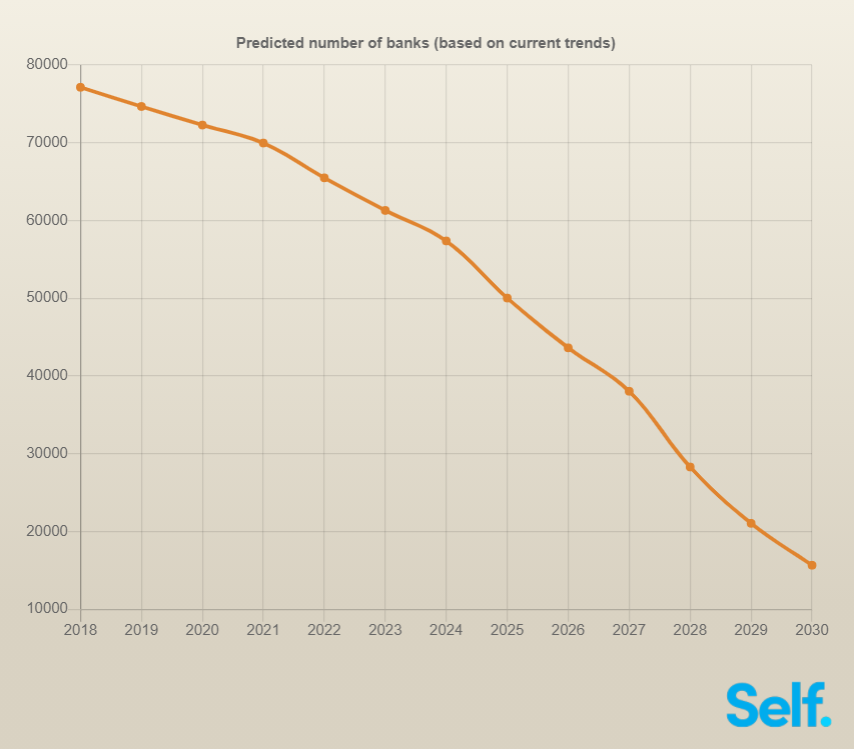 The study also took regional data to analyze the number of branches per state and found that since 2012, 40 states have experienced a net decline in the number of bank branches open in their state.

You can see the full data per state in an interactive map using the following link: https://www.self.inc/info/the-death-of-the-banks/#usa-bank-map

The study also surveyed 1,114 US residents on the state and future of banking, and their attitudes towards banking in a branch.

Overall, 46% of Americans believe the current way we bank needs to change, despite this, 47% say they don’t trust new systems like online-only banking. Further to that, 1 in 8 (13.2%) were not aware that you could bank without a physical branch.

Over 86% of the survey sample said that they had, at some point, tried online services for banking. With that, the poll also asked what the publics’ opinions were on key services offered by banks.

Over half (54%) said that physical banks made it easier to access cash, and half (50%) said it was easier to get financial advice, 37% claimed they felt it had better security than online-only alternatives.

Almost 3 in 10 (29%) said they visit their physical bank monthly, with 12% visiting more than that, on a weekly basis.

When asked what may stop people from using online-only banks, security (45%), lack of human interaction (43%), lack of free ATM access (34%), and concerns regarding federal insurance (28%) were top of the list for savers.

Despite a clear preference for in-person banking, over half (55%) are confident online-only banks will outnumber physical branches in the next two decades.

The study also sourced expertise from a range of experts in the sector. They agreed that the following changes will happen to banking in the coming years:

Eric Taylor, director of UX research at Varo, who supplied supporting commentary to the study added:

“When the US economy opens up again and starts to rebuild after the COVID-19 pandemic, traditional banks will be facing steep losses from bad loans, sketchy investments, and decreased deal flow. Income will be reduced across most of their business lines. The economic situation will be dire, and consumers will be hurting.  In extremis, some small and mid-sized banks will fail, while others, especially the larger, more well-connected ones, will receive taxpayer-funded bailouts.”

There’s no doubt that the Coronavirus outbreak caught the world off guard, and stay-at-home and social distancing measures fundamentally changed the way we interact with our communities and our finances.”

While the team at competitor bank N26 shared:

“For the past few years, user behaviour (particularly among Millennials and Gen-Z) was already shifting more and more towards phones and mobile devices.”

“However, the pandemic forced adoption of mobile technologies ona much larger scale to people of all ages as people had to find ways to work, learn and bank entirely online. People want their mobile banking experience to be simpler, more intuitive, and personalized”