Home Cyber Security Token What is Tokenomics and why does it matter?
Facebook
Twitter
Google+
WhatsApp
Linkedin 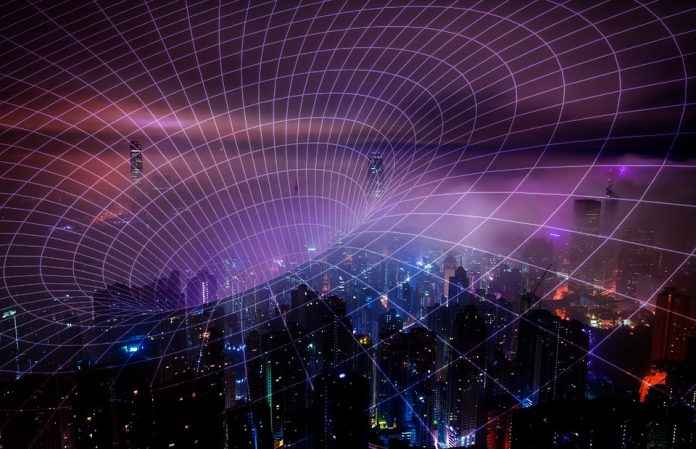 A brief historical perspective to better understand the stakes behind tokenomics

Let’s start this article with the famous experience of Philip II, King of Spain in the 16th century, with the Eldorado discovery and the massive rise in inflation that followed throughout the entirety of Europe!

In the 16th century, Spain conquered Latin America and discovered an immeasurable wealth within gold and silver mines. The kingdom hit the jackpot and its financial deficits appeared long behind it. This wasn’t the case nevertheless; the problem came from the fact that the Crown of Spain was over-indebted to many European creditors, leading the massive silver and gold discoveries to only make a quick passage through Spain before enriching the coffers of its French and Dutch neighbours. The European market ended up being flooded with coins, so that the immense Spanish wealth was diminished relative to other European kingdoms.

In the end, the excessive amount of silver and gold imported, and above all distributed, in Europe caused an important devaluation of what Philip II could think of as his Eldorado. A better financial management could have allowed him to preserve his reserves of invaluable minerals and thus be able to develop on a more important scale of time his fabulous treasure.

This story shows the importance of the quantity put into circulation on the valuation of an asset. This analysis works perfectly for the cryptocurrency market as well, any analysis of an asset’s ecosystem requires careful attention to the notions of quantity in circulation, total quantity and inflation management.

Inflation and the importance of tokenomics

While the media usually describes inflation as a rise in the price of everyday consumer goods, it is in reality the value of money that tends to fall rather than prices getting higher. This notion of inflation is at the heart of tokenomics, a merger of “token” and “economics” used to refer to all the elements that make a particular cryptocurrency valuable and interesting to investors. In this regard, there exist two predominant models: deflationary and inflationary tokens.

This is the model used by Bitcoin, i.e. a fixed total supply and less and less money issued over time. Many cryptocurrencies are governed under this model, like Solana, Litecoin, Tron, and many others alongside the king of cryptos.

In the case of Bitcoin, for example, a block is mined about every 10 minutes, rewarding the miner 6.25 BTC (when Bitcoin started it was 50 BTC per block, then 25, 12.5, 6.25, etc). The reward is halved every 210K blocks, leading to a halving every 4 years with the 10 minutes mining-time per block assumption. Without changes to the protocol, the final Bitcoin will be mined around the year 2140.

Many blockchains have been coded without incorporating a limited amount of token issuance. This choice can be made for a variety of reasons, usually involving the use to be made of the blockchain in question. The Ethereum protocol for example operates under this model. However, some mechanisms are put in place to limit inflation, or even to create a deflationary system.

This is the objective of the implementation of future updates of the Ethereum network: while the annual rate of ETH tokens issuance is currently equal to nearly 4.5%, the switch from Proof of Work to Proof of Stake should allow developers to reduce this rate to less than 1%. The network introduced as well a burn mechanism, meaning that part of the fees paid by Ethereum users in the future will not be returned to validators, but will be removed altogether. This could not only achieve a balance with the issuance rate, but potentially lead to a decrease in the number of tokens in circulation in case of high network usage.

Both models have their strengths and weaknesses with good justifications behind their use. For example, the Ethereum white paper indicates that a stable issuance rate would prevent the excessive concentration of wealth in the hands of a few actors/validators. Whereas Bitcoin’s deflationary system, as previously stated, allowed for the growing development of its ecosystem by paying miners large amounts of Bitcoin when it was not worth the tens of thousands of dollars it is worth today.

More generally, it is always a good idea to look into a project’s tokenomics before getting involved. This can help answer questions like:

Let’s take a deep dive into one of the most prominent blockchains’ tokenomics. Solana has a native token called SOL that has two primary use cases within the network:

The Solana team distributed tokens in five different funding rounds, four of which were private sales. These private sales began in Q1 2019 and culminated in a $20 million Series A led by Multicoin Capital, announced in July 2019. Additional participants included Distributed Global, BlockTower Capital, Foundation Capital, Blockchange VC, Slow Ventures, NEO Global Capital, Passport Capital, and Rockaway Ventures. The firms received SOL tokens in exchange for their investments, although the number of tokens allocated to investors was not disclosed.

According to Messari data, vesting schedules were as follows: Solana’s three pre-launch private sales all came with a nine-month lockup after the network launched. The project’s public auction sale (held in March 2020) did not come with a lockup schedule, and the SOL tokens distributed in that sale were fully liquid once the network launched. The founder’s allocation (13% of the initial supply) was also subject to a nine-month lockup post-network launch. After the lockup period ends, these tokens will vest monthly for another two years (expected to fully vest by January 2023). This last clause is a good protection for investors as team members’ tokens are locked-up for a longer period. The Grant Pool and Community Reserve (both overseen by the Solana Foundation) contain ~39% of the initial SOL supply combined. These allocations began to vest in small amounts since Solana’s mainnet launch.

Using the Solana example, we can see that more than 50% of the tokens in circulation are concentrated, during a long period after the project’s launch, in the hands of the core team, VCs and early investors. This is hardly an exception to Solana as similar distributions are very common within the blockchain ecosystem projects. Can we talk seriously about the benefits of blockchain decentralization with such capital and governance concentration, without forgetting technical knowledge concentration as well?

Blockchain projects often come with varying lock-up periods that can last from less than a year to five years for early investors and the founding team, who usually cash out their investments after this period. What we identify as a significant issue after the end of the lock-up period is the huge and asymmetric risk-return transfer between this first group, which realized a pretty good return on their initial investments and are completely de-risked at this stage, and retail investors joining the project at a stage where core decision-makers are no longer incentivised to ensure the well-functioning of the project.

Cryptocurrency projects often use ICOs (Initial Coin Offering), among other fundraising techniques, to raise funds through the issue of crypto-assets in exchange for either fiat currency or an established cryptocurrency like bitcoin or ether. The issuing entity usually accounts for digital assets collected as an intangible asset, or as a financial instrument in the case of stablecoins for example as they are redeemable for cash. The accounting for tokens distributed on the other hand depends on the promise given to investors under the terms of the ICO, which could include: free or discounted access to the entity’s goods or services for a specified or indefinite period of time; a share of the profits of the entity or access to an exchange through which it can transact with other users of the exchange in buying goods or services. Digital asset projects may also offer equity tokens, which are a type of security tokens that work more like a traditional stock asset, giving their holders some form of ownership in their investments. The use of these equity instruments remains restricted nevertheless, raising the question of the rights and guarantees given to retail investors in particular in exchange for the funds given to the cryptocurrency project?

What we refer to as double-dipping practices, in this case, relates to VCs investing in cryptocurrency projects and realising important capital gains on their equity shares as well as digital token holdings. This privilege is almost unique to the cryptocurrency ecosystem, raising some questions again about asymmetric information advantages against retail investors: compared to traditional VC funding, crypto VC investors enjoy a double economic as well as governance advantage, having control over token and equity.

Tokenomics is an important aspect of cryptocurrency which covers almost anything to do with the token. Professional as well as retail investors should spend a lot of time studying a project’s tokenomics before investing to be well aware of the financial and governance rights attributed to them via the token purchase. There is an absolute need in our view for regulation on this particular topic to evolve in order to provide better transparency and eventually protection levels for investors.

Is HedgeUp the Next Goldman Sachs?