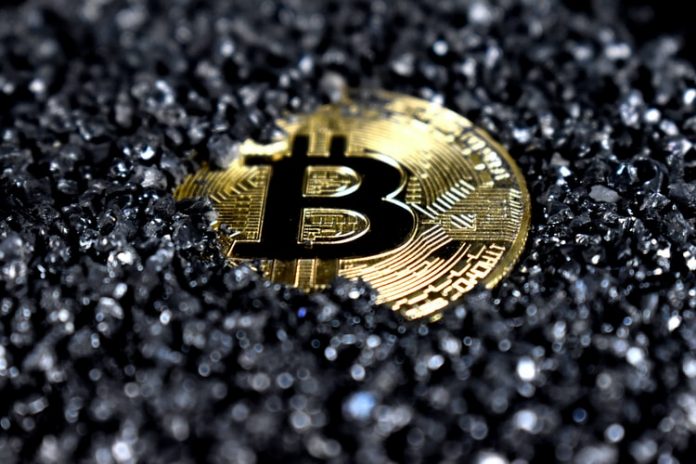 CBDCs “herald a new chapter for the monetary system” by providing a technologically advanced representation of money that can further the public interest, says the Bank for International Settlements (BIS) — the bank for central banks — in a chapter on “CBDCs: an opportunity for the monetary system” released today as part of its Annual Economic Report.The chapter discusses the design considerations for CBDCs, which — like cash — are to be issued and backed by central banks. According to the BIS, CBDCs function best as part of a two-tier system, with the bulk of the customer-facing activities taken on by banks and other payment service providers.

“CBDCs could form the backbone of a new digital payment system by enabling broad access and providing strong data governance and privacy standards,” said Benoît Cœuré, head of the BIS Innovation Hub, in a statement. “They are the best way to promote the public interest case for digital money.”

BIS sees CBDCs and open platforms as being conducive to a virtuous circle of greater access, lower costs and better services. The ultimate benefits of adopting a new payment technology will depend on the competitive structure of the underlying payment system and data governance arrangements, the BIS wrote.

Why central banks are now intensely focused on CBDCs

Central banks’ interest in CBDCs have intensified alongside the growing public interest in cryptocurrencies like Bitcoin, increasing concerns over stablecoins and the entry of Big Tech like Facebook into financial services.

The most significant development is the entry of Big Tech into financial services, the BIS wrote. While their large user base can lead to more people, especially the unbanked, having access to financial services, at the same time the companies’ concentration of market power could also give rise to anti-competitive practices. For example, just two big tech companies — Alibaba through its Alipay and Tencent via WeChat Pay — jointly control 94% of the mobile payments market in China.

The BIS also has some withering words for private cryptocurrencies, calling them speculative assets.

“Stablecoins attempt to import credibility by being backed by real currencies. As such, these are only as good as the governance behind the promise of the backing. They also have the potential to fragment the liquidity of the monetary system and detract from the role of money as a coordination device,” the BIS wrote. “In any case, to the extent that the purported backing involves conventional money, stablecoins are ultimately only an appendage to the conventional monetary system and not a game changer.”

A recent survey of central banks by the Bank for International Settlements (BIS) found that 86% were actively researching CBDCs, 60% were experimenting with the technology and 14% were deploying pilot projects.

The Bahamas was the first country to launch a live retail CBDC, with the introduction of a digital version of its currency — the Sand Dollar — for its residents in October 2020.

Across Asia, China, Hong Kong, Japan, South Korea, Singapore and Thailand have also launched projects to explore wholesale and retail use of CBDCs. Of the major countries around the world, China is the farthest ahead in CBDC developments. Seven years in the making, China’s e-CNY digital yuan, formerly known as the DCEP (Digital Currency, Electronic Payment) project has already been tested by banks, shops and millions of people across China and will likely launch in 2022.

“CBDCs built on digital identification could improve cross-border payments, and limit the risks of currency substitution. Multi-CBDC arrangements could surmount the hurdles of sharing digital IDs across borders, but will require international cooperation,” the BIS wrote in the chapter.

CBDCs being top of mind by governments and the private sector alike was on full display at the  Singapore Fintech Festival Green Shoots Series, when a panel earlier this month discussed whether CBDCs could replace cryptocurrencies and the multitude of issues that governments face in creating and implementing this new form of money.

“The singular challenge we faced was this hadn’t been done before, there was no playbook,” said Vinay Mohan, chief operating officer at NZIA, the technology partner that implemented the Sand Dollar.

As governments ponder designs and implications of CBDCs, institutions too, are launching digital currency projects. For example, J.P. Morgan has created JPM Coin and is developing Partior, a blockchain-based platform for payments, in partnership with Singapore’s DBS Bank and Temasek, Singapore’s sovereign wealth fund.

Naveen Mallela, global head of Coin Systems at Onyx by J.P. Morgan, says the challenge for J.P. Morgan was two-fold. First, it was explaining what the JPM Coin project was all about to stakeholders. “This is not a crypto, this is not a stablecoin, it’s actually a deposit, but on blockchain,” he said. The JPM Coin enables the bank’s clients to transfer U.S. dollars held on deposit, facilitating instantaneous and 24/7 payments.

Mallela sees commercial bank digital currencies as even more relevant on the wholesale payment side compared to CBDCs. “A lot of the use cases that need solving for [are] not about having new forms of money, it’s about having new infrastructure, and that’s what we are looking to solve with Partior,” Mallela said.

Partior is intended to reduce frictions in cross-border payments, trade and foreign exchange settlement. “What we also aim to do is not just focus on the inefficiencies of cost, but how do we actually enable net new capabilities,” said Laura Loh, director of blockchain at Temasek, adding that Partior was looking at facilitating payment versus payment, delivery versus payment or FX intra day swaps, which the existing systems and infrastructure today are unable to support.

“To build this infrastructure, it’s all about network effect,” she said, adding that Temask was leveraging on “the franchises of Temasek, JPMorgan, as well as DBS, to bring together the ecosystem and collaborators.”

There are also design and governance questions to consider when building a shared ledger platform for banks. “This whole notion of getting comfortable with externalizing ledgers, hosting nodes, participating in consensus for updates to [the] ledger and the benefit case for this will only be proven once there is traction throughout the industry,” Mallela said.

As for CBDCs, it may not be a bad thing if central banks take a wait and see approach, says Mohan, of NZIA. “For a central bank to take along all of its stakeholders to essentially ensure there’s no or minimal disintermediation or changes to legacy infrastructure that’s been built on decades is a big step forward… These are not projects you can fail on.”

Mohan sees CBDCs as providing “much-needed national infrastructure to leapfrog a lot of payment systems, to open up opportunities for people at the bottom of the pyramid… we saw this with Bakong in Cambodia, we’re seeing with Sand Dollar now, we’re seeing with a number of other economies.”

As for more developed economies, “CBDC could be construed as the most stable of all the stablecoins, especially if you link it with the reserve currency,” Mohan added. “And then suddenly you’re looking at a whole new grade of enterprises being developed, all sorts of new business opportunities, things that we haven’t even thought about before.”

Will CBDCs replace Bitcoin and other cryptocurrencies?

Mohan, for one, doesn’t see CBDCs replacing cryptocurrencies. “We’re heading to a world where optionality is going to be key,” Mohan said. “People are finding new ways to perceive value.”

But Mallela of J.P. Morgan thinks the economics for privately issued stablecoins will not work once CBDCs take off. “When CBDCs are largely adopted and proliferated, the business case for stablecoins goes away,” he said.

Temasek’s Loh says “CBDC being issued by the central bank has a high probability of getting mainstream adoption because it’s trusted vis-a-vis other forms of coins that’s being issued out there.” She sees CBDCs as complementary to Partior’s offering, where “Partior is an infrastructure that can support either M1 or M0 money” and “CBDCs can be built on top of Partior.”

Ultimately, multiple forms of digital currencies will co-exist because they address different use cases, Loh said. “It would be up to the consumers to choose which digital currency they think are most applicable to particular use cases.”