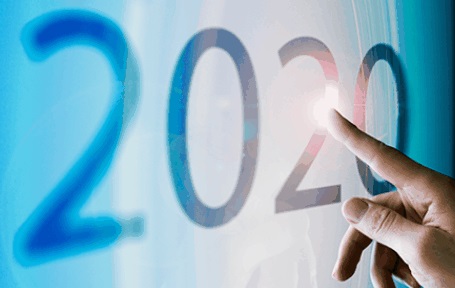 This month commanded the largest fintech acquisition of all times – Visa purchased Plaid for $5.3 billion. Many see that as a direct validation of the fintech industry and claim that there are other trends that point to the fact that 2020 will be the year of fintech. Let’s discuss some of them.

Apart from Plaid there were many other smaller companies that attracted the interest of big market players. Thus, Paypal purchased Honey for $4 billion.

Moreover, Charles Schwab purchased TD Ameritrade for $26 billion. Some major ICOs were announced recently as well, one of those was Bill.com’s $1.6 billion worth IPO.

The funding of fintech is growing each year as well. Namely, in 2019, there were about 59 mega rounds that accounted for $100 million globally (and this is only during 2019 Q3).

Challenger banks have become the major example of such a trend – they have started to place themselves more actively to a customer’s money and paycheck, trying to provide intelligent insights for financial health.

In 2019, Challenger banks managed to yield over $3 billion of income. And nowadays, there are 75 challenger banks operating around the globe. Besides, there are also other market players who have been contributing to the overall success of the industry – Robinhood and Acorns.

There are more and more fintech innovators who are striving to push the adoption of the technology worldwide. For instance, one of the largest digital banks in the world, Nubank,  based in Brazil, is actively promoting fintech in its domestic market and has already attracted more than 20 million users. Meanwhile, the largest payment and insurance innovators are currently located in China – Ant and Zhong An.

According to reports, the income from fintech spiked in the last year  – South East Asia witnessed a record over 80 deals and over $700 million invested, Africa, meanwhile, saw deal volume double from the third quarter 2019 YoY.