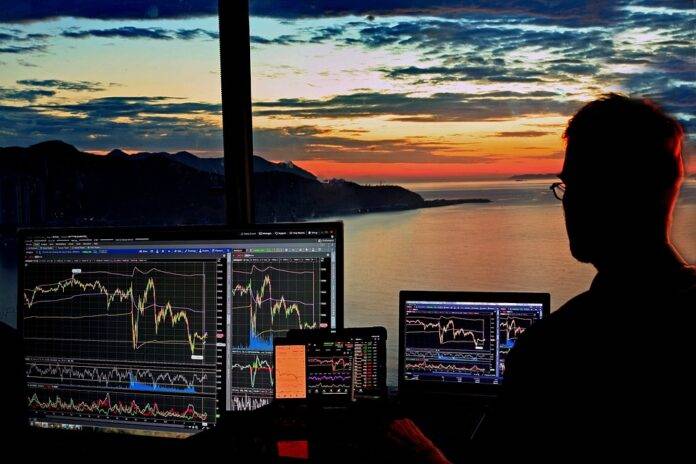 The world’s largest crypto exchange, Binance reversed course on a plan to bail out competitor FTX in an event that has shocked the crypto industry and is catching the attention of regulators.

Binance, the largest crypto exchange in the world by volume, said Tuesday it would purchase FTX, effectively bailing out its main competitor and marking one of the most shocking turns of events in the history of crypto to date.

Late Wednesday, Binance reversed course, saying the issues at FTX were “beyond our control or ability to help.”

Although the Binance-FTX takeover deal collapsed, the spectacle around it crowned the founder and CEO of Binance, Changpeng “CZ” Zhao, as a kind of crypto king – solidifying his reputation as a brilliant tactician but raising concerns that he might be amassing a disproportionate amount of power in the “decentralized” world of cryptocurrency.

On the other hand, the events severely tainted the reputation and fortunes of Sam “SBF” Bankman-Fried, the 30-year-old altruist investor who was, until recently, considered a kind of crypto wunderkind and destined to profit as handsomely as anyone from the sector’s meteoric rise. According to Bloomberg’s billionaire index, the FTX blowup torpedoed SBF’s net worth by 94%, from $16 billion to below $1 billion.

But Tuesday’s story was more than a spat between two billionaires with interesting nicknames.

The events sparked turmoil across the wider cryptocurrency markets – plunging bitcoin and other currencies to two-year lows. The token for Solana (SOL), a popular competitor to the Ethereum blockchain and in which FTX held a major stake, was one of the biggest losers – falling nearly 50% on Wednesday, and down 93% from its 2021 high.

Though FTX’s implosion says nothing about the core technology behind crypto, it will erode trust in the industry and strike ire among regulators eager to tame it.

Confused? You’re not alone. Let’s break down what happened.

Leaked documents last week from CoinDesk, and the market’s reaction to what they contained, pulled the mask off SBF to show that his crypto exchange firm FTX – like so many failed exchanges before it – was at risk of insolvency.

The events revealed the FTX exchange – which allows users to buy and sell crypto – may not have been backing user funds 1:1 behind the scenes.

A bank run – instigated in large part by tweets from CZ – seized on this apparent vulnerability in the SBF empire, driving SBF’s crown jewel into the hands of its main competitor for a possible bailout.

With the deal now apparently not going through, investors are left unsure if they’ll be able to recover their funds.

Documents uncovered last week by CoinDesk showed that Alameda Research – a trading and investment juggernaut founded by SBF – had its finances deeply intertwined with those of FTX.

FTX was supposed to be a separate company from Alameda, but Alameda apparently held a disproportionate amount of its balance sheet in FTX’s exchange token, FTT. That token was illiquid, with Alameda and FTX owning a vast majority of all of the tokens in circulation. Selling them would have meant crashing the price of FTT, meaning their value on Alameda’s balance sheet was likely overstated.

When documents showed that Alameda had been borrowing millions of dollars against FTT, rumors spread across Twitter that FTX was loaning out user funds to Alameda and using its own illiquid FTT token as collateral – essentially printing money so it could lend user funds to itself.

These rumors are far from confirmed, but they were the first inkling for many that deposits in the FTX exchange were not as safe as hoped.

CZ seized on this skepticism in his tweets, stating that Binance would be unwinding its own position in the FTT token over the span of a few months (In another odd footnote to this story, Binance was one of FTX’s largest early investors, meaning it had a huge number of FTT tokens and plenty of power to sway its price).

When CZ announced that he would be dumping FTT onto the market, other holders of the token took note, panic-selling their FTT tokens and racing to withdraw funds from FTX as rumors of insolvency circulated.

FTX was eventually forced to pause user withdrawals on Tuesday morning – causing chaos within the crypto markets. After Coinbase, OKX and perhaps other firms passed on SBF’s requests for rescue capital, he swallowed his pride and went to CZ for help.

Binance’s acquisition of FTX’s non-US operations, which apparently fell apart after Binance took a look at the FTX books, would have plugged a hole in FTX’s balance sheet that may total more than a billion dollars. FTX has a separate U.S. entity, FTX.US, that was not impacted by the acquisition or insolvency.

A Binance purchase of FTX would not have been unlike Bank of America’s buyout of Merrill Lynch during the 2008 financial crisis, which saved the firm from bankruptcy and saved depositors from losing all of their funds although it did require a subsequent bailout from the U.S. government.

Now that the deal has fallen apart, depositors in FTX risk losing some of their funds unless someone else is willing to come to the rescue, which may not happen depending on the size of the hole in FTX’s balance sheet. If a rescue doesn’t come, the next step for FTX may be to declare bankruptcy.

FTX was a massive presence in cryptocurrency, sports and other industries. Whatever happens, regulators – once persuaded by SBF’s pro-government posturing – will be sure to take notice, projects (like Solana) linked to the firm will be left on shaky ground, and opponents of centralized crypto companies will be emboldened.

Why it’s a big deal

A shocking portrait of hubris and deceit, the collapse of FTX – the impact of which will continue to ripple across the crypto universe in the coming weeks and months – will make SBF a prime target for regulators and skeptics hoping to rid the cryptocurrency industry of its wildest excesses.

FTX’s potential insolvency is particularly notable given SBF’s previous reputation among regulators as “one of the good guys.”

A crypto golden boy, SBF was U.S. President Joe Biden’s second-largest donor in the 2020 election, a major donor in the 2022 midterms and a constant presence in Washington, D.C., seeking to provide a friendly face to regulators suspicious of the crypto industry.

When the wider crypto market plunged this past spring following the $60 billion Terra project collapse, SBF fashioned himself as a sort of modern J.P. Morgan, bailing out firms such as BlockFi and Voyager Digital, which went bankrupt after mismanaging user funds behind the scenes (in much a similar fashion, it would turn out, to what FTX may have done).

SBF positioned FTX in contrast to those firms, stating that he – unlike the other big players – acted responsibly with user money, never rehypothecating (or re-using) assets and losing them like with so many other failed projects.

Though FTX’s collapse doesn’t speak to the core technology behind any specific cryptocurrency, it has and will damage trust in the entire industry. Specifically, it will raise questions around the power of centralized platforms – like FTX, Binance, Kraken and Coinbase – that “custody” user funds rather than leave them in users’ own crypto wallets.

Should FTX declare bankruptcy, user deposits will remain in limbo. We don’t know exactly what portion of user funds FTX still has on hand, but an old-fashioned bankruptcy could have a catastrophic financial impact on the whole industry, given the number of big-name institutions that have poured money into the FTX platform.