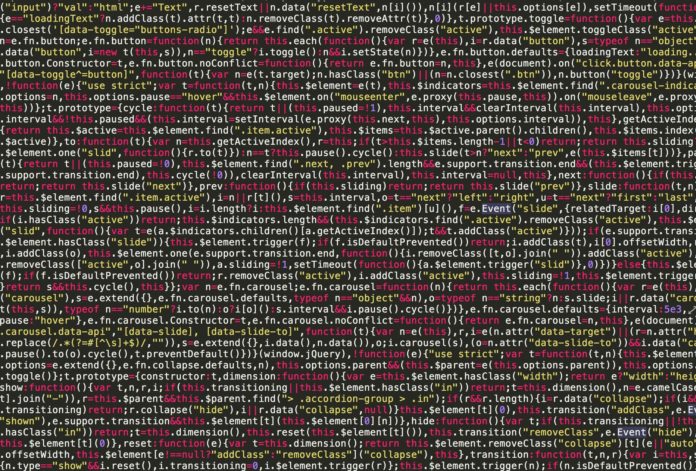 Matej Michalko is the Founder and CEO of DECENT, a decentralized blockchain platform revolutionizing data distribution

Buying company stock means you own a stake in that business. It’s an easy idea to understand, right? Well, take this concept and expand it to any security – like art, property, bonds, and more – and couple it with the ability to purchase just a fraction of the asset instead of the whole. This is what security tokens promise to bring into the world of investment.

The blockchain-backed use is primed to shake up the stock market through its potential to unlock liquidity, enable 24/7 trading, fractionalize ownership, and increase market depth. Imagine a world where tokens instantly yield dividends and become tradable on secondary markets, or debt becoming tokenized and traded. One may not need to imagine for much longer:

Let’s explore why the use of security tokens within the stock market is starting to gain some serious traction.

What are security tokens?

Security tokens – sometimes referred to as equity tokens – gained attention early this year following the launch of a trading platform by DX.Exchange. Rather than traditional cryptocurrency trading platforms, this venture enabled investors to buy tokenised shares of NASDAQ companies. Apple, Tesla, Facebook, and Netflix were available for purchase on the launch, indirectly through security tokens.

Each token is backed by one share of the company traders want to invest in and entitles them to the same cash dividends. The concept is underpinned by the immutable and unchangeable ledger of blockchain – meaning transactions can be made in a secure and verifiable manner.

Also happening in tandem is the continued “tokenization” of goods. This process turns real-world assets into digital tokens, which are then purchased by investors. This process essentially uses blockchain technology to underpin transactions, and tokenization to break larger investments into smaller digital transactions.

From stock to token – this time it’s different

Does this all sound familiar? In a way, security tokens are the natural next step from Initial Coin Offerings (ICOs). New security tokens can be issued and sold to investors in a similar way as cryptocurrency utility tokens were distributed to backers of an ICO. But there is one big difference: security tokens are backed by a verifiable and valuable asset. Further, these tokens are available to qualified investors which increases their legitimacy.

Comparatively, the world of ICOs is much murkier. Coins or tokens often with little to no utility have gained backing through promotion but later have proven to be unviable projects and almost useless. While at times dubious, the funding machine of ICOs has proven popular in the recent past. At one point, ICOs eclipsed early-stage venture capital funding and raked in almost $6.6 billion in 2017 and $21.5 billion in 2018.

The difference with Security Token Offerings (STOs) is that they are asset-backed and fall within regulatory parameters, experts say. “Security tokens use blockchain to allow for efficient transactions like cryptocurrencies, but are different in all other ways,” Securrency co-founder and chief executive officer Dan Doney said. “[They] emphasize regulatory compliance, automated regulatory reporting, and represent share interest in value-producing assets. This ultimately provides stable value versus the volatility of crypto[currency].”

So, while some cryptocurrency projects may promise success, their tokens cannot guarantee it. Security tokens, however, by their very nature, are inherently valuable upon purchase.

Hand-in-hand rather than head-to-head

Security tokens and their potential in the stock market are shaping up to be a big trend in 2019, especially considering the volatility of the cryptocurrency market over the past 12 months. It is easy to see why investors are more cautious than ever following Bitcoin’s spectacular rise and impressive slump in recent times – with as much as 40 percent of the cryptocurrency’s value was wiped away in the month of November 2018 alone.

The truth is security tokens do not need to go head-to-head with the existing stock market when, in fact, they can go hand-in-hand. Security tokens offer another avenue for buyers and sellers alike to trade any given asset in a timely and secure nature.

This is further development of blockchain in the investment space – and an exciting proposition to tokenize stocks, art, property, and more, and it goes back to blockchain’s nature to democratize: Rather than owning something outright, tokenization allows users to buy a piece or a portion. Security tokens in this way lower the barriers for entry into the world of investment, as well as changing what is possible.

Imagine tokenizing debt, whereby working capital and delayed invoices become open to the general populace. Or tokens that yield dividends instantly and become tradable on secondary markets. Such potential uses effectively break-down borders with even the potential for peer-to-peer trading all without the need for a broker.

However, security tokens by their very definition as “securities” certainly do come under heavier government scrutiny than other utilities of public blockchains. Stocks and securities are governmental domains, therefore there will be more regulation with security tokens than has been seen with other blockchain-related investments. In any case, there is little denying this style of the token will bring much more traditional investment and interest into blockchain than ever before.

The big players of finance are already starting to take note. For example, the founder of the company that owns the New York Stock Exchange recently announced a new venture, Bakkt, and the Swiss Exchange also plans to build a regulated exchange for tokenized securities. Both systems aim to bring together the huge amount of capital present in more traditional investment markets with the adaptability, speed, and potential returns of cryptocurrency.

Lex Soklin, partner and global director of fintech strategy at Autonomous Research told CNBC: “In terms of timing, we hear that mid-2019 is the time-frame when most STOs will be able to ramp into the market,” Soklin said. “Given a longer regulatory approval process for these assets (rather than none for ICOs), entrepreneurs have a slower path to market. But perhaps a more stable one.”

The opportunities of security tokens are vast and varied – with the potential to unlock liquidity, enable 24/7 trading, offer fractionalized ownership, and increase market depth, among other possibilities. It is easy to see why some are nicknaming it like the stock market on steroids – because this is exactly what such features could create through endless trading of fractionalized yet verified digital assets.

To read more about blockchain we recommend you to read this: How Blockchain Could Disrupt Banking

Sanctioning a cryptocurrency protocol: What does that mean for Web3?