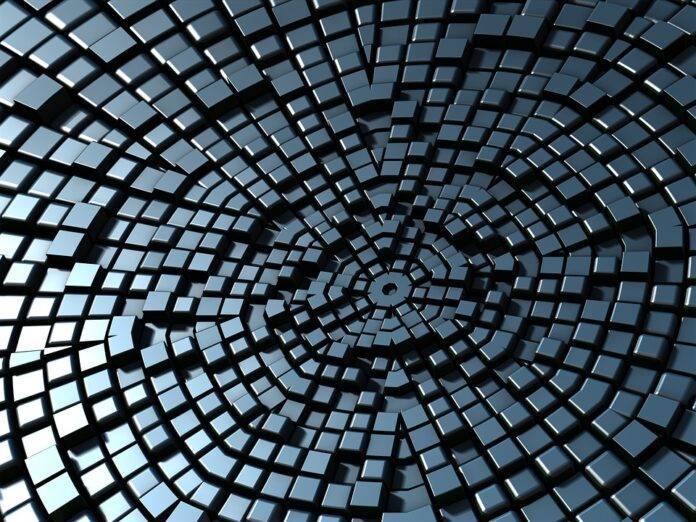 Because Web3.0 relies heavily on blockchain, many wrongly believe that its fate is inevitably linked to the volatile cryptocurrency market. However, cryptos are just one part of the new sector. Gartner explains that while cryptocurrencies crashed in the first half of 2022, decision-makers should not assume that the value of Web3.0 technology is affected. According to the research and consulting firm, Web3.0 tech will soon reach its adoption tipping point and industries from aircraft maintenance to food safety will tokenize their applications.

What drives the growth of Web3.0?

The Web3.0 Blockchain Market Research Report reveals the business, technical and security reasons driving Web3.0 growth. While the COVID-19 pandemic devastated industries like hospitality, automobile, aviation and retail, the IT industry revenue increased steadily. IT also saw new market opportunities as users demanded 5G tech, virtual and augmented reality, blockchain applications, AI and machine learning. These technologies are the pillars on which Web3.0 is being built.

“Blockchain has been a proven technology that ensured the security of the crypto and NFTs to the next level — now, it is ready to ultimately transform the next generation of web technologies,” Aarti Dhapte, senior research analyst at Market Research Future told TechRepublic. “Web3 blockchain will completely transform the existing conventional processes of the different sectors.”

From financial services to retail and e-commerce, media and entertainment, healthcare, IT, government and energy: Almost every sector is expected to adopt Web3.0 blockchain.

Top executives and decision-makers see potential in the highly transparent nature of a decentralized Web3.0, where all transactions are recorded and registered and can be easily traced. On the other hand, developers and IT teams invest in Web3.0 due to the strengths of its rapidly developing technology.

The benefits of the blockchain are appealing. It improves customer adoption by being easily accessible to anyone, its costs are extremely low, and its speed far exceeds that of traditional centralized operations. The cybersecurity sector also praises decentralized networks for being safer, because in order to breach a blockchain operation, an attacker must synchronize multiple attacks at once. The blockchain is also being integrated with IoT for logistics, supply chains and factory line operations, attracting the industrial sector.

The weight of the financial world in Web3.0

One of the most important drivers of Web3.0 blockchain tech is the banking, financial services and insurance sector. As the new technology is expected to revolutionize the traditional financial systems, the weight of the global economy is pushing Web3.0 to a new era.

“Decentralized Finance will play a much more significant role than what it is playing now,” Dhapte said.

The unique features of a decentralized network will also increase security. For example, the insurance sector will see fraud reduced, and insurance buyers can expect premium prices to fall as processes become safer and error-free. Similarly, all digital financial sectors will be benefited. Governments are also looking into using blockchain to store land records, for election digital voting systems, supply chains, and military and defense applications.

User-centered: What is Web 3.0 blockchain tech?

The concept of Web3.0 implies data ownership and decentralized control. The first version of the internet, Web1.0, was built solely on content produced by governments, organizations and businesses. This web was mainly oriented to information and slowly but gradually shifted to a consumer-driven space. Few users of this web version were content creators.

Dhapte explains that the attractiveness of Web3 is that rather than accessing the internet through services mediated by companies like Google, Apple or Facebook, individuals own and govern sections of the internet. Unlike data, content or art that is hosted on the traditional internet, in the Web3.0 when the content is verified through the blockchain it has a creator, an owner and a value.

“Decentralized infrastructure and application platforms will displace centralized tech giants, and individuals will be able to rightfully own their data,” Forbes assured.

The internet has always been about connecting users, and billions are expected to use Web3.0 tech actively on decentralized social media platforms.

“Content creators on a decentralized social media equivalent can retain greater control of their digital identity while also being rewarded for the activity and value they create on the network,” Dhapte said.

The e-commerce and retail sector are expected to be the massive end users of this new technology. They will be benefited with more secure transactions, new apps and services, and new ways of buying and selling. The blockchain is also presented as a solution to privacy concerns — a big trend among global users that no longer want to give away their personal data to big tech companies.

Other industries are using the blockchain in different ways. For example, healthcare is reimagining the storage and management of electronic health records.

The risk of storing sensible patient data on centralized systems — where it only takes one breach-attack for it to be compromised — contrasts heavily against the security benefits decentralized networks can provide.

“Blockchain will enable accurate data sharing between healthcare providers, which simply means accuracy in diagnosis and an increase in treatment effectiveness,” Dhapte said.

In the pharma industry, Web3.0 blockchain is poised to offer more efficiency in supply chains, transform data management in clinical trials and quality management in the pharma sector. Supply chain management, IoT and other digital systems that operate with multiple end-points can be more resilient to disruption when managed by decentralized networks.

The blockchain has been criticized for its massive use of energy. Bitcoin is estimated to use 707 kilowatt-hours of electricity per transaction. While this consumption is significantly greater than other digital and centralized transactions, the crypto-energy problem has become a global concern.

Projects like Bitcoin Green — which use highly efficient proof-of-stake consensus and renewable energy sources — have risen as a solution. These are part of a movement to build a zero-carbon, equitable and feeless blockchain, as TechRepublic reported in July.

But Dhapte warns that still more needs to be done to address this challenge.

“The reality is there is not enough renewable energy production to cover all the activities, and if miners completely shift to renewable sources, then there will be an excessive burden on non-renewables,” she said.

Another challenge with no immediate resolution in sight is blockchain regulation. The global legal landscape for blockchain is complex, diverse, and often confusing or completely nonexistent. Should top executives be concerned about regulations?

According to Dhapte, they shouldn’t. Dhapte explains that coins may be banned in some countries, but blockchain technology is not. Around 40 countries have either completely banned or restricted the use of cryptocurrency, including China, Egypt, Qatar, Kuwait and Vietnam.

“This ban will not have much effect on the Web3.0 blockchain market developments since other major countries are promoting and actively supporting the upcoming Web3.0 era,” Dhapte said.

China may have banned cryptocurrency, but they still use blockchain technology to build a stronger economy. By 2020, the Asian country had approved more than 220 blockchain projects and was fast-tracking the release of the digital Yuan, as reported by International Finance.

“Other countries where digital coins are banned will also want to utilize the true potential of the Web3 technology,” Dhapte adds.

Web3.0 Innovations: What leaders should look out for

The Web3.0 developers industry is peaking to an all time high, with 2021 setting historic growth for Web3.0 development. Given the maturing Web3 ecosystem, industry experts believe that the Web3 developer requirement will continue to grow over time.

In cybersecurity and app development, a major breakthrough are bounty programs, often run by ethical hackers grouped under organizations like HackerOne.

“Aside from discovering new talents and solutions, online challenges are also an excellent option to find blockchain developers who can assist in hunting bugs and developing Web3.0 code by participating in bounties,” Dhapte explained.

Web3.0 developers are rewarded with cryptocurrency tokens for completing a bounty. This is a good way for vendors that don’t have developers on their team — or don’t want to allocate additional resources — but need to fix bugs in their existing or upcoming Web3.0 applications.

From the extensive embrace of NFTs and cryptos to the proliferation of decentralized autonomous organizations and blockchain-based infrastructure and storage, rapid Web3.0 innovations are happening across the board.

According to the report, leaders, decision-makers and IT executives should be looking at the metaverse, the decentralized apps industry, AI, video gaming and machine learning. These technologies will further accelerate the growth of Web3.0.