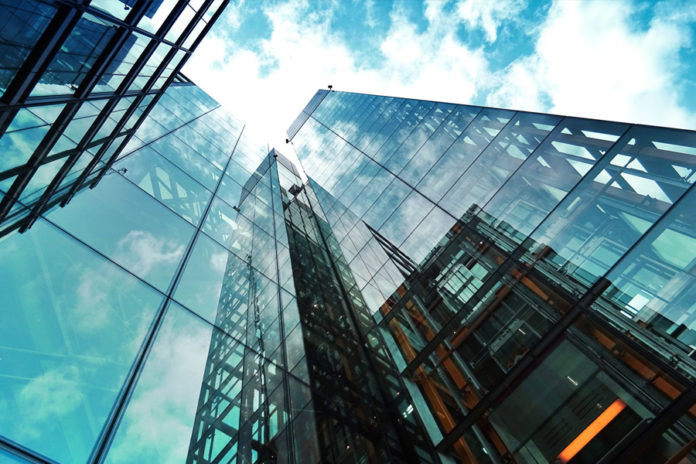 Upstarts in the financial sector say the data-driven concept of “open banking” could inject a healthy dose of competition into Canada’s highly concentrated financial services industry — but it may take some convincing to get the bigger players to embrace the idea.

Last week marked the deadline for submissions to the federal government’s consultation on the framework, which if adopted could allow consumers and businesses to make their financial transaction data available to third parties.

That information is currently controlled by banks and other financial institutions used by the consumer. If that data was portable, however, other parties could potentially use it to better price or tailor products or services, such as an app that would let a customer keep tabs on all of their accounts at various banks through a single dashboard, without violating their bank’s terms and conditions. Open banking could make switching accounts easier as well.

A spokesperson for the Department of Finance Canada said they had received more than 95 submissions for the consultation, the results of which will be made public in a form that is still being determined.

Among the parties who made submissions in favour of some degree of open banking were Toronto-based alternative lender Equitable Bank and Portag3 Ventures, a venture capital fund backed by Power Corp. of Canada that has invested in fintech companies such as robo-advisor Wealthsimple.

Equitable, Canada’s ninth-largest independent lender, said a framework that supports the idea of customers owning the rights to their own financial data would increase “the competitive intensity” of the banking industry.

Andrew Moor, president and chief executive officer of the branchless bank, said Equitable’s view is people should shop for the best banking services they can get.

“We don’t really think that that’s necessarily provided by one institution,” he said in a recent interview with the Financial Post. “And open banking makes all of that much easier.”

Portag3 Ventures, meanwhile, predicted in their submission (published on its website) that open banking would “stimulate” competition in the sector.

“Facilitating improvement in competition has been a specific driver for Open Banking in the (United Kingdom), Australia and New Zealand,” the submission stated. “Canada lacks a specific focus on competition in regulating financial services, especially compared with the U.K. and Australia, countries with very similar banking sector market structures.”

The current consideration of open banking comes as technology is disrupting industries around the world.

Despite the sea change, Canada’s banking sector has remained under the control of a handful of financial institutions — Portag3 noted that, in Canada, the top-six banks hold 90 per cent of assets “and also dominate in all aspects of retail banking.”

While Canada’s major lenders have spent billions on technology and innovation, including partnerships with upstart financial technology players, they appear to be lukewarm on open banking — or anything that risks opening the financial system to third parties.

Canada lacks a specific focus on competition in regulating financial services, especially compared with the U.K. and Australia

Sue Britton, chief executive officer of the FinTech Growth Syndicate, said the types of fintechs that financial institutions are currently partnering with are more business-to-business firms that complement a bank’s operations, rather than compete with it.

“Those types of companies, they’re not partnering with financial institutions,” Britton said in a recent interview. “The primary focus of the Canadian financial institutions is to largely build things themselves and continue to more improve things like the customer experience than the price we pay.”

Nearly all of the big five banks did not respond to questions for this article. However, the Canadian Bankers Association’s submission to the open-banking consultation divided the industry group’s concerns, and potential remedies, into four areas highlighted in the government’s consultation paper: consumer protection, privacy and confidentiality, financial crime and financial stability.

As an example, the CBA said that when more parties are transmitting and storing financial-transaction data, the risk of identity theft increases too. Third parties that store log-in credentials, such as usernames and passwords, could also be more susceptible to cyber-attack if their controls are lacking.

“We believe open banking can enhance the financial services landscape for Canadians,” a CBA spokesperson said in an email. “Along with the benefits it could provide, key risks should also be addressed.”

Even if there are concerns around security, the banking sector is still preparing for whatever form of open banking may come.

A report published in January by consulting firm PricewaterhouseCoopers included a section featuring Bank of Montreal CEO Darryl White, whom the study said saw open banking “as an exciting development for Canada.”

“If we can figure out how to solve for security, transparency and control, we can have an open banking system in this country that could work very well, in my view,” White is quoted as saying.

The CBA has also been calling on the federal government to create a digital identification system, with open banking cited as a reason.

One provider of financial services software, including products that can be used with open banking, says the level of interest from financial institutions and their executives has picked up as Canada considers the concept more and more.

“I think that we’re hearing and we’re seeing a lot of them trying to figure out what they can do and what they should do to be ready for this change,” said Meenaz Sunderji, senior vice president of partner growth and sales at Zafin, a Toronto-based financial technology company, in a recent interview.

Zafin, which says it has helped more than 35 global banks since 2002, such as Canadian Imperial Bank of Commerce, is also raising money with open banking in mind.

The company announced last month an approximately $23-million Series B round of funding that it said it would use to strengthen its balance sheet and grow further, “as we jointly deliver value to our clients in the fields of open banking, core transformation, AI and machine learning,” Zafin founder and CEO Al Karim Somji said in a release.

If we can figure out how to solve for security, transparency and control, we can have an open banking system in this country that could work very well

Nations other than Canada are already tinkering with open banking. Global consulting firm McKinsey noted in its annual banking review in November that 22 countries, accounting for 60 per cent of worldwide banking revenues, were mandating some form of the system.

“We believe that a range of technology and data advances, along with shifts in the regulatory environment for banking, will put incumbent institutions under pressure across the entire financial system,” the report said.

Consulting firm Ernst & Young recently ranked Canada as eighth out of 10 among global peers when it comes to readiness for open banking. Abhishek Sinha, the open-banking leader at EY Canada, said there could be some standards set within the next 24 months or so.

“The intent seems to be that they want to learn from what’s happening in other parts of the world, and then they want to take that learning and apply it to, what does it mean from Canada’s standpoint,” Sinha said in a recent interview, noting there was a focus on systemic risk to the industry.

Where Canada ultimately goes with open banking remains to be seen. The government’s work is ongoing, and there is an election in October that could interrupt or delay it.

Meantime, an advisory committee appointed by the government will assess the merits of open banking, the finance department spokesperson said. Subject to those findings, the committee will then evaluate “implementation considerations” later this year, “with the highest regard for consumer privacy, security and financial stability.”

However, the changes in technology and the fact that other jurisdictions are adopting some form of the system could force the country to take the plunge.