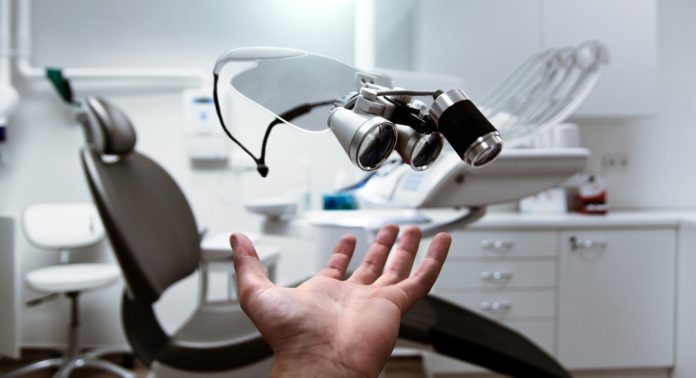 Dr. Eugene Hong, Executive Director – Institutional Banking Group, Healthcare & Pharmaceuticals, DBS, who has experience in both the healthcare and finance industries, or coined by the moderator as a ‘medically trained banker’, shared that healthcare today was what FinTech was like five years ago. Digital health is still in its infancy and one of the key lessons from the finance world that can be applied to digital health is the democratizing of data.

What this means is to let people to decide what to do with their data, rather than (banks) over lording on how they should spend their money in the same way how healthcare organizations ‘overprotect’ healthcare data.

Is digital health rising in Asia?

“What we have tracked and seen in the last four years is a very vibrant ecosystem, which was in the past, very e-commerce health focused to nowadays, very sophisticated with AI drug discovery, clinical trials and digital therapeutics etc. In 2018, the total amount of venture capital that was invested in Asia Pacific amounted to about $6.8B. To put in context, in the US it is $8.2B and $2B for Europe,” said Julien de Salaberry, Chief Executive Officer & Founder, Galen Growth Asia.

“So clearly Asia Pacific is the number two in the world with some four and a half to five thousand startups in the region that are growing from strength to strength and raising more money, getting more FDA regulatory type approvals. Halodoc, which sits in Jakarta, raised almost $100M for its Series B – it’s the largest raise in health tech/digital health startup in Southeast Asia this year,” he added.

Dr. Jeremy Lim, Partner, Health & Life Sciences, Asia Pacific, Oliver Wyman, mentioned two very sobering statistics from a report that was put out by the World Health Organization and World Bank almost one and a half years ago. The first was that more than half the world lacks access to essential health services. The second sobering statistic was that every year, 100 million households fall into bankruptcy, secondary to a medical catastrophe. Dr. Lim then asked how digital health can help to make these statistics less terrifying.

In response, Salaberry said that he and his company Galen Growth Asia fundamentally believes that digital health represents a number of opportunities to democratize healthcare, to make access and price points of healthcare much better. This lends itself to one of the UN’s Sustainable Development Goals (SDGs), especially the number three goal, which is about improving healthcare.

“Digital really brings it (improving healthcare) about because of the penetration of smartphones and 4G networks in Asia, as well as of course, lowering the barriers to entry in terms of getting into healthcare and having a business model that works. We’re seeing innovation, not just technology but business around innovation starting to reach new frontier markets such as Myanmar, Laos and Cambodia, developing markets such as Indonesia, China and India.”

Some of these health tech startups include Hello Health Group, which is regionally headquartered in Singapore with a presence across most of Southeast Asia, with about 35 million users on its consumer health platform, which provides information around disease and disease prevention. Another example is Indonesia-based Alodokter which recently raised $33M in Series C funding.

Healthcare regulation – steps to harmonize it at a regional level

One of the challenges for startups in the ASEAN region is navigating the complex healthcare regulatory regimes across different countries. Speaking from the regulatory perspective in Singapore, Raymond Chua, Group Director, Health Regulation Group, Ministry of Health (MOH), explained that since digital health is rather new and evolving, the ASEAN countries have yet to come together and look at regulatory harmonization framework around digital health.

“There has been initial efforts of looking at harmonization of some of the regulatory frameworks. In Singapore, what we do quite well is looking at referencing from some of the regulatory approvals from other countries. For example, if a device or software has already received approval from the US FDA or European medical agencies, we actually do an abbreviated approval. We reference the approval elsewhere so we cut short some of the approval timelines,” Chua said.

Within ASEAN, Chua mentioned that there is also a regional regulatory harmonization working group and one way to promote harmonization is to share some of the best practices from Singapore. Some other ASEAN countries have also been speaking to Singapore’s MOH about referencing their regulatory sandbox, which was launched in 2018.

Optimistically, he sees this regulatory harmonization in the region happening in the next three to five years.